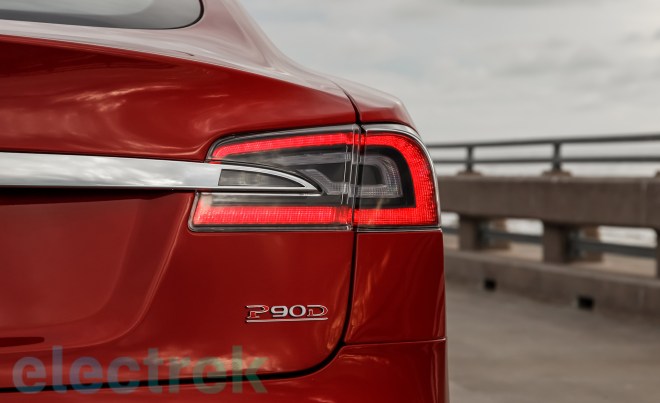 If you want others to know that your shiny new P90D came with the $10,000 Ludicrous Speed option, have no fear, Tesla is making a special badge for you.

According Tesla spokeswoman, Alexis Georgeson, “badges will be differentiated. P90D will simply be ‘P90D’ and the Ludicrous option will be the same badge with an underline: ‘P90D.'”

The P90D, despite some confusion, will not come with the Ludicrous Speed option (0-60 in 2.8 seconds), by default. Instead it will ship with Insane mode (0-60 in 3.1s), which debuted with the P85D. The base P90D, though likely to be rare, will come with the non-underlined badge.