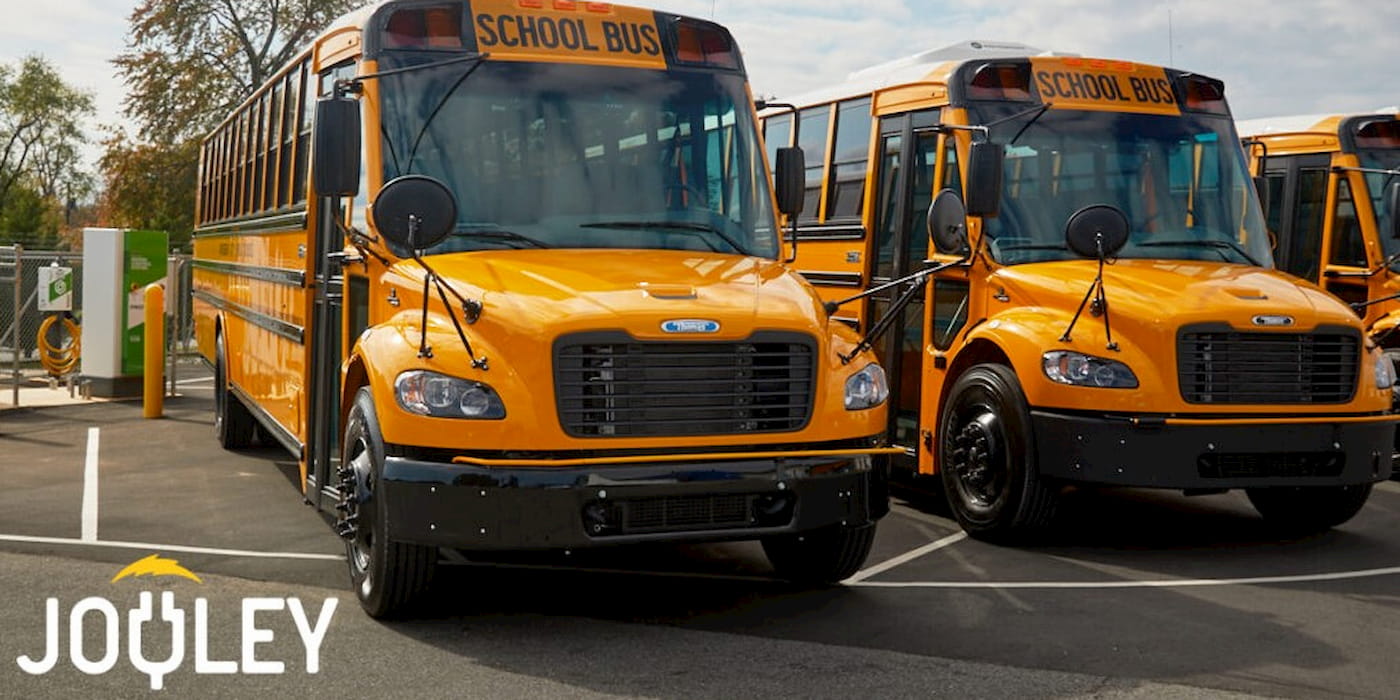 The school year is beginning, so the buses will be out in full force. However, you may notice a significant difference this year as emission-free electric school buses roll out across the United States. One of the nation’s leading school bus manufacturers, Thomas Built Buses, just achieved a major milestone with help from its Virginia-based dealer Sonny Merryman — Saf-T-Liner C2 Jouley electric school buses have now driven more than 500,000 miles.

Electric school buses are designed for a cleaner, sustainable future. Not only do they produce zero emissions, but they are also more efficient, can cost less to maintain, and have abilities their gas-powered counterparts lack.

450,000 yellow school buses across the United States travel over 4.3 billion miles each year, according to information from the US Department of Transportations National Highway Traffic Safety Administration (NHTSA).

More importantly, toxic emissions from traditional school buses can harm students, bus drivers, and the communities they drive in.

Although the EPA has introduced stricter standards, it’s not enough as many school buses still emit harmful diesel exhaust. With federal funding more accessible than ever for electric school buses, making the transition makes sense.

As of June 2022, 38 states had adopted electric school buses thanks to several initiatives such as the $5 billion Clean School Bus program.

Through programs like these, Virginia has grown to become the country’s second-largest electric bus fleet, currently operating 64 Thomas Built electric school buses. In a significant milestone, the electric school buses have now traveled over 500,000 miles, with more buses expected to be delivered as the school year progresses.

The first electric school bus to roll out in the state of Virginia was Thomas Built Buses’ Saf-T-Liner C2 Jouley in November 2020.

One C2 Jouley electric bus can transport 81 students with up to 138 miles of range and a 226 kWh standard battery capacity.

Virginia now has 64 electric buses in total. The first 50 were purchased and deployed through the Dominion Energy program, and the remaining 14 were bought using funds from the American Power electric school bus program.

The 500,000 miles driven include several different terrains (city, rural, and hills) and distances from less than 20 miles to more than 90 miles. Although the electric buses have primarily been used for regular school routes, a few have made their way to field trips, band competitions, and more.

By using electric buses for these trips, 447.7 short tons of greenhouse gases were avoided, according to the AFLEET tool.

Through the experience so far, Thomas Built Buses dealer Sonny Merryman and its customers have learned a few critical takeaways that can help others deploy electric buses safely and efficiently:

Perhaps, most importantly, the electric buses have withstood various operational tests, and drivers who have switched to the electric Jouley school buses have loved them so far, according to the school bus dealer.

At the same time, I think there is a major takeaway from this case study. State funding works, and electric buses are the future. Virginia is proving it. California has proved it. State leaders need to get on board to speed up the transition. There are no excuses now.