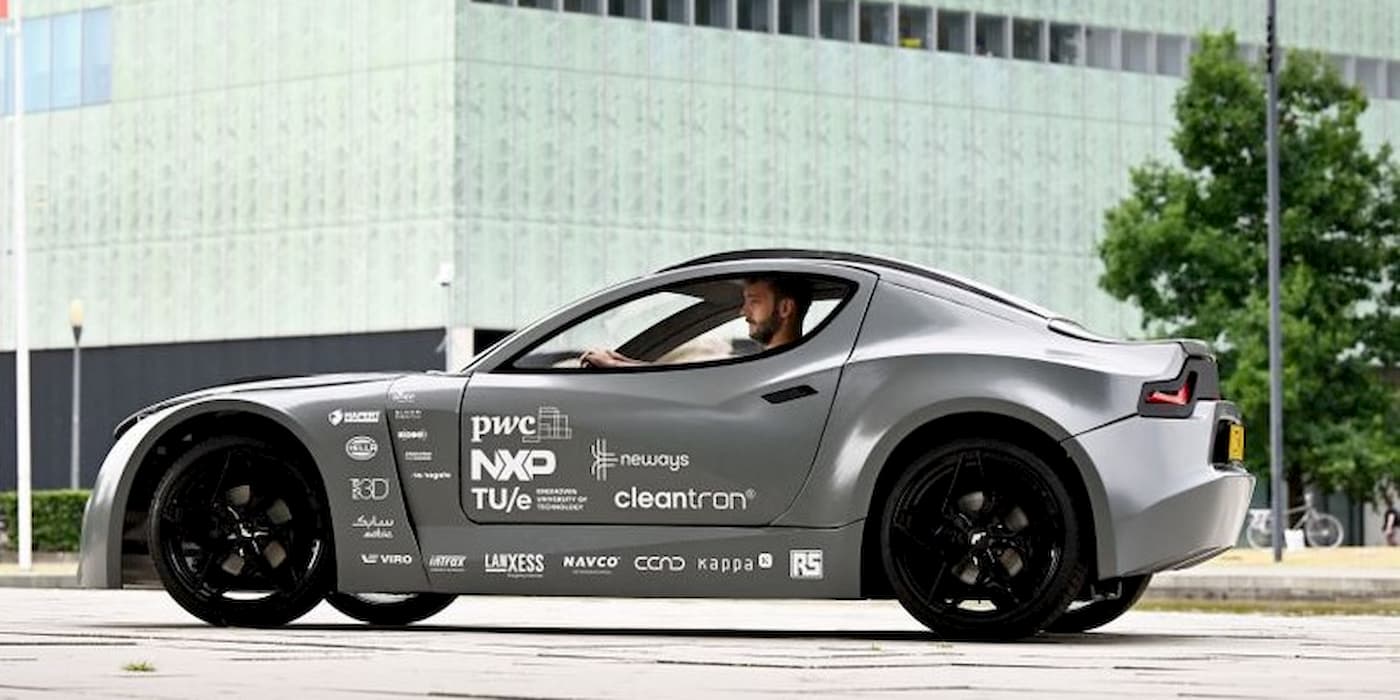 Imagine driving behind a diesel truck spewing clouds of smoke into the air while your new fully electric vehicle cleans up its carbon emissions. This dream may soon be a reality. A team of 35 students from the Eindhoven University of Technology in the Netherlands has created a Zero Emission Mobility (ZEM) vehicle – a fully electric, battery-powered EV that captures carbon dioxide (CO2) as it drives.

The students were tasked with creating a zero-emission car, but they took it a step further, developing a unique filter that can capture carbon, cleaning the air as it moves.

According to team estimates, the ZEM uses two filters that can capture up to 2kg (about 4.4 lbs) of CO2 as the EV travels 20,000 miles. Although this may not seem like much, around 10 ZEMs can absorb around as much carbon as an average tree.

The team is in the process of obtaining a patent for their CO2 filter with plans to increase capacity in the coming years.

Perhaps, more importantly, the team aims for carbon neutrality across the ZEM’s entire life cycle. For example, most of its parts are 3D printed using recycled plastics (BMW recently announced it would be using recycled fishing line in its new EV lineup, a new trend?) to cut down emissions during creation.

The ZEM (powered by a Cleantron lithium-ion battery pack) is a sporty-looking two-seater that looks something like a cross between a Tesla Roadster and Alfa Romeo coupe. But, its most unique feature is the ability to capture carbon.

It is really still a proof-of-concept, but we can already see that we will be able to increase the capacity of the filter in the coming years. Capturing CO2 is a prerequisite for compensating for emissions during production and recycling.

The students are hoping their new carbon-capturing EV will spark a new trend in the industry, as Nikko Okkels explains:

We want to tickle the industry by showing what is already possible. If 35 students can design, develop, and build an almost carbon-neutral car in a year, then there are also opportunities and possibilities for the industry.

The Zero Emission Mobility (ZEM) vehicle is currently on tour around the United States, stopping by universities and businesses to show off its ability.

The potential of carbon-capturing EVs

Electric vehicles achieve their goal by reducing carbon emissions in our everyday travels, but what if they could take it a step further and absorb CO2?

Carbon-capture technology has been a priority for years as businesses and government leaders look to reduce emissions. Though most carbon capture technology is being used in the oil industry, where its badly needed, applying it to an industry already progressing toward sustainability makes sense.

Transportation, in general, is the leading contributor to greenhouse gas emissions across the United States, Canada, the UK, and most developed countries, particularly passenger vehicles and heavy-duty commercial trucks.

It could have significant potential if automakers and commercial vehicles could apply carbon-capture methods like the ZEM. Direct air capture (DAC) is a method that pulls CO2 from the air, which could push carbon emissions into negative territory.

A major problem, however, has been the cost of implementing this technology. If the team building ZEM can partner with governments and private companies to bring the carbon-capture filter used in their EV to the mass market, it could help make a significant difference in the transportation industry.

According to the International Energy Agency, there are currently 19 direct-air-capture plants globally, absorbing more than 0.01 Mt CO2/year. The technology is one of few that can remove CO2 directly from the air, which will be critical as nations transition to net zero carbon.

Even though the ZEM is in its very early stages, it’s displaying potential to help cut down emissions in the most critical industry – transportation.

The key question will be if and how to scale this technology and implement it on a large scale, then it may hold promise. Until then, it’s still an incredible concept and design. Great job, team. I hope to see more progress soon.