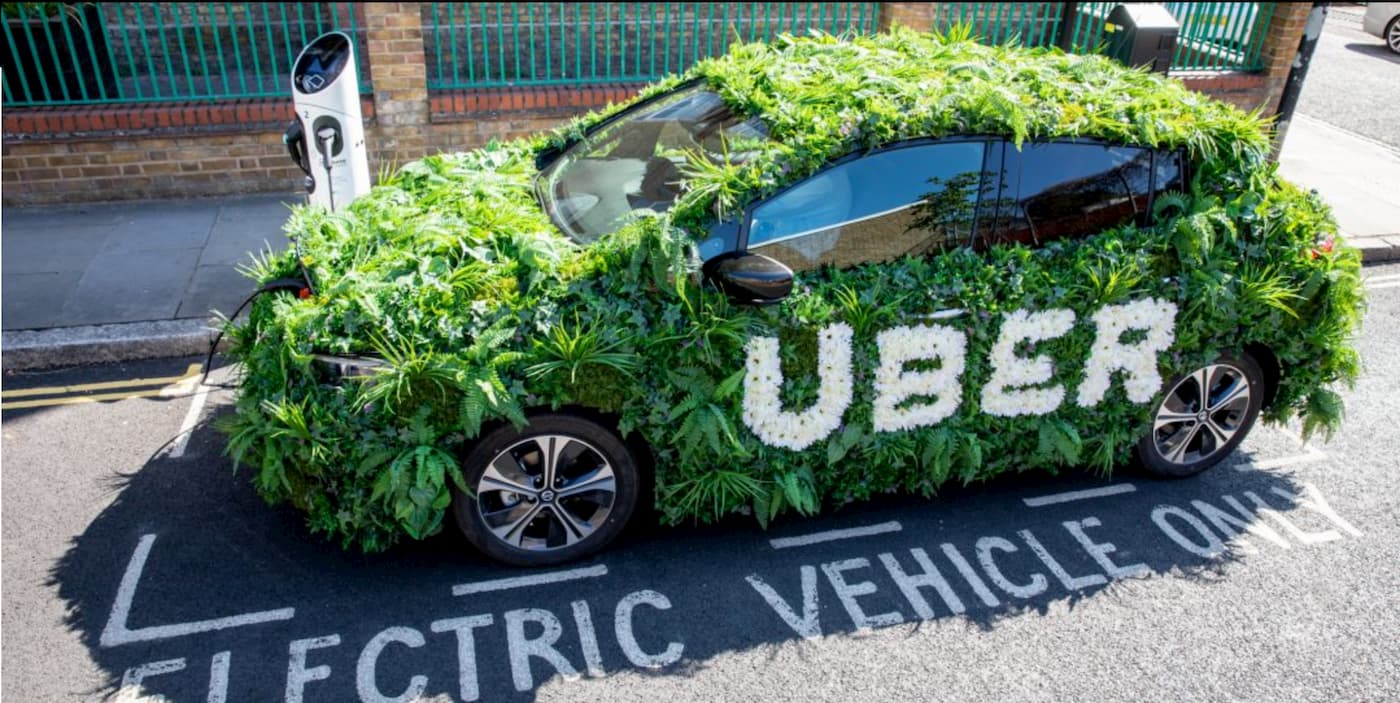 Uber’s network spans the globe. The ride-share company dominates the US and London markets as it expands its global presence. Meanwhile, Uber is leading the way for a cleaner, sustainable future as it continues adding EV options to its London fleet.

Most of us have taken a ride in an Uber by now. Whether by choice or because you had no other option, Uber is a convenient way to get from point A to B.

Nearly 21 million trips are taken with Uber daily, with 122 million active monthly users. If you think about it, 21 million rides contribute significantly to carbon emissions.

Ride-share companies will play a critical role as the transportation industry transitions to EVs. According to Statista, over one-third of US adults use companies like Uber or Lyft to get around.

Luckily Uber has a plan to overcome this and cut down on the environmental impacts of its business. For one thing, Uber is aiming for 100% zero-emission vehicles throughout its fleet by 2040. And, this includes its entire network, not just the United States or other major markets.

In 2020, Uber injected $800 million to assist its driver’s transition to electric models by 2025 and ramp up its EV efforts.

The ride-share giant also released Uber Green and Uber Comfort Electric, programs that connect riders with low-emission vehicles (hybrids and EVs). By offering more accessible ways to travel green and helping its drivers go electric, Uber is stepping up in a big way as its business expands worldwide.

To incentivize drivers switching to EVs, Uber introduced a “clean air fee” for drivers in the London area. The program gives drivers an extra 3 pence (4 cents) for every mile during passenger trips.

Now, the company is expanding its EV presence in the area with the help of fintech startup Moove.

Wednesday, Uber announced it would add an additional 10,000 electric vehicles in London over the next few years.

The ride-share company is partnering with Amsterdam-based fintech startup Moove to make it possible. Since its foundation in 2020, Moove has grown to become Uber’s most significant supply partner in Europe, the Middle East, and Africa.

A lot of our customers are already in fuel-guzzling vehicles and we’re now moving them into EV vehicles at a very low cost of switching. The result of rising prices has actually led to a very high demand for our product.

As one of the world’s largest ride-share companies, Uber has a major burden on its shoulders as vehicle emissions come under a closer microscope.

That being said, the ride-share giant is taking it upon itself to ensure its future is sustainable. Between offering incentives for EV drivers and electric options for riders, Uber is covering all the bases.

Its London market is leading the way, and with an additional 10,000 EVs, it’s sure to make a dent in its carbon emissions (which the company now publicly reports). With the new Inflation Reduction Act passed in the United States offering new incentives for EVs, I wouldn’t be surprised to see Uber introducing more electric models in major US cities as well.