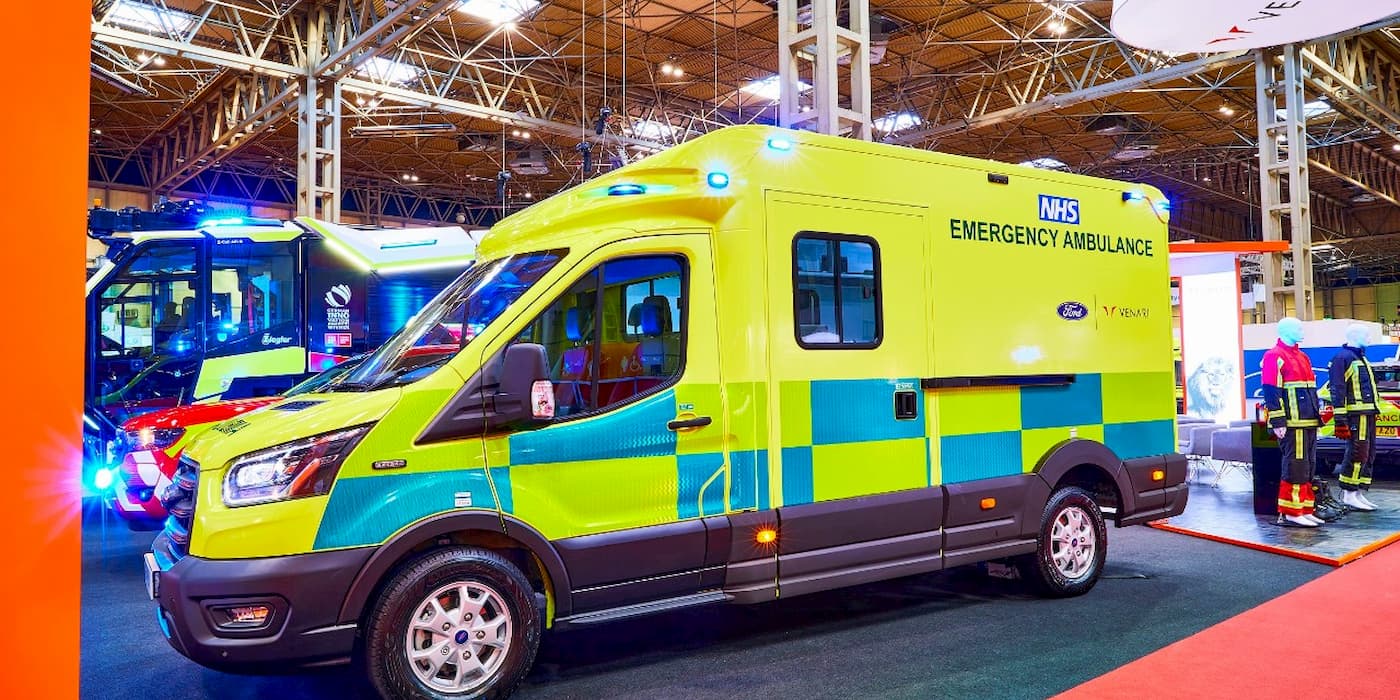 The second-largest healthcare system in the world, the UK’s National Health Service (NHS) is releasing a new EV ambulance fleet to do its part in alleviating the mental health crisis and cutting carbon emissions.

If you live in the UK, your next ride to the hospital may be in a battery electric-powered ambulance. That’s because the NHS is running a trial with 21 new zero-emission EV ambulances.

The electric vehicle trial is part of the NHS goal of reaching net carbon zero by 2040 and will be dedicated to servicing the growing mental health epidemic.

Mental health awareness is becoming more of a priority around the world as a growing percentage of the population experiences symptoms. According to the World Health Organization (WHO), one in every eight people is living with mental health conditions.

It has been shown that climate change acts on mental health with different timing. The phenomenology of the effects of climate change differs greatly—some mental disorders are common and others more specific in relation to atypical climatic conditions. Moreover, climate change also affects different population groups who are directly exposed and more vulnerable in their geographical conditions.

At the end of the study, researchers conclude extreme weather events and climate change can cause post-traumatic stress, or even be passed on to later generations.

With this in mind, many parts of Europe are facing an energy crisis as Russia threatens to limit natural gas and oil exports. Germany, the largest importer of Russian fossil fuels, recently raised the alarm, activating phase two of its three-stage crisis plan.

The crisis is spreading through Europe, and, as a result, The Royal College of Psychiatrists warns:

The cost-of-living crisis poses a threat of pandemic proportions to the nation’s mental health.

The NHS is doing its part to assist the crisis by introducing a new EV ambulance fleet dedicated to mental health calls.

The UK government announced in June it would invest £150 million (about $174.5 million) over the next three years to fund the NHS mental health services. £7 million of it is specifically for additional mental health vehicles.

The healthcare network is putting the money to good use as it introduces its new EV ambulance fleet of 21 zero-emission heavy-duty EVs. Six of them will be specifically for mental health-related calls.

The electric ambulances are distinct from traditional ones. Although they will still be equipped with the necessary life-saving equipment, the EV ambulances will have fewer fluorescent markings and a more relaxing feel on the inside to help alleviate patient conditions.

Nick Watts, chief sustainability officer of the NHS, talks about the benefits of implementing these EVs into their lineup, saying :

We know that climate change has an impact on health, and the NHS can play its part in preventing ill-health by looking at new ways to reduce emissions.

Each electric vehicle costs less to run and maintain, meaning these new vehicles will spend more time on the road and change the way we deliver care in the community – whilst also cutting our carbon footprint as we strive to make NHS services greener and more efficient as part of our ambition to hit net zero by 2040.

The UK’s new EV ambulance fleet is already in action in the North West region of the UK. The heavy-duty EVs are created from a strategic partnership between Ford and Venari Group and are based on Ford’s E-transit commercial EV.

The UK is targeting two of the world’s biggest problems in climate change and mental health with its new EV ambulance fleet.

The ambulances sound like an upgrade from traditional ones as specific configurations are designed to help alleviate the patients. At the same time, the NHS acknowledges climate change is a threat to society in more than one way.

Not only is it destroying the planet we live on, but it’s also taking a toll on our mental health. I would like to see more governments and other organizations following in the footsteps of the NHS.