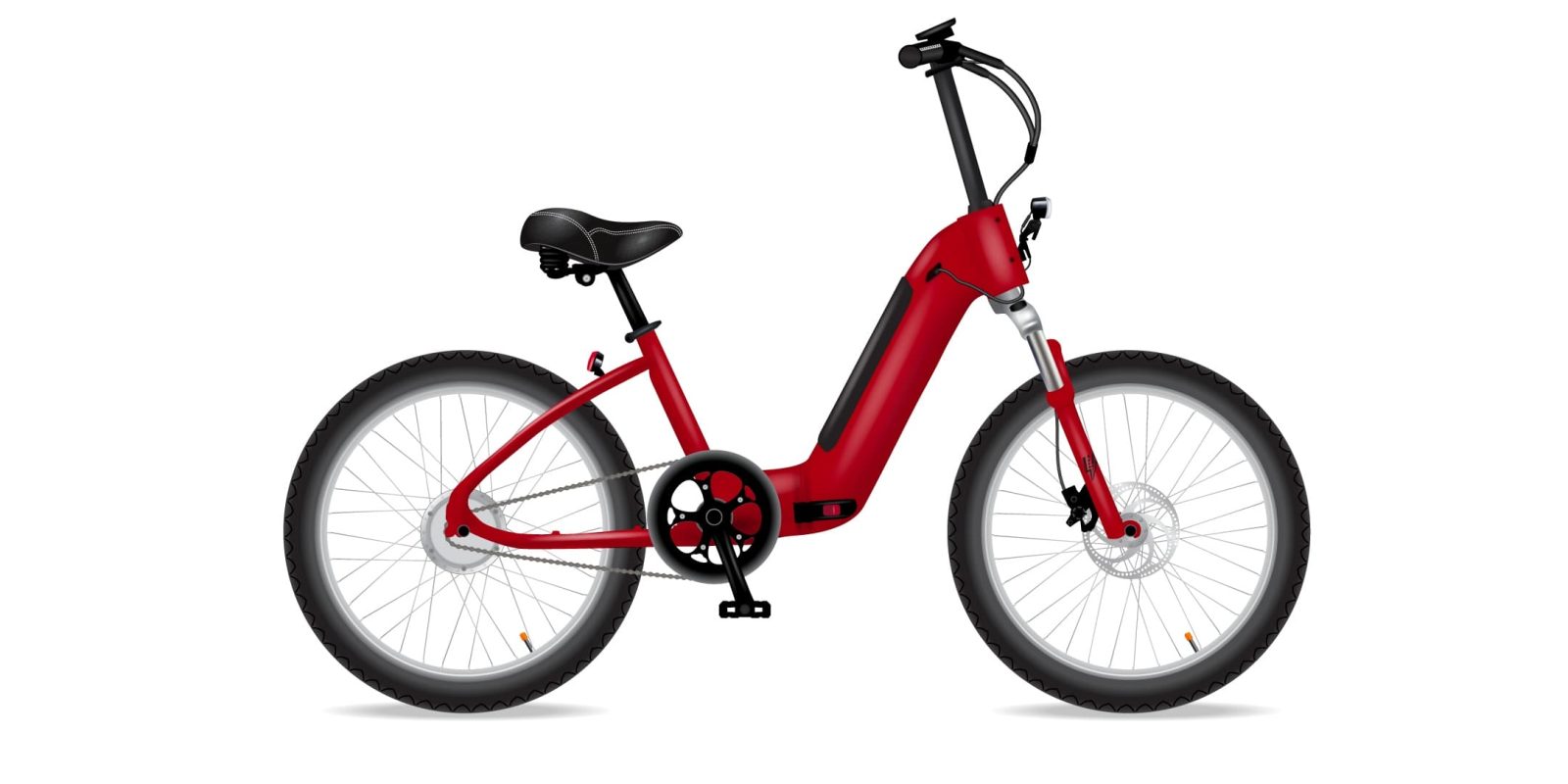 Newport Beach, California-based Electric Bike Company has just launched its long-awaited folding e-bike model, known as the Model F. The folder embodies much of the same cruiser vibes and design ethos of the company’s larger e-bikes but in a smaller and more portable package.

And just like the rest of the company’s e-bikes, it is built right in Southern California before being shipped fully assembled to customers.

The Model F features a low step-through frame and 24″ wheels, which strike a compromise between larger 26″ cruiser wheels and the smaller 20″ wheels we often see on most folding electric bikes.

The 3″ wide tires are also a compromise between cushier fat tires and narrower street tires, falling more in the balloon tire category than true fat tires. The smaller diameter tires make the bike a bit more compact when folded but are still large enough to give a more typical cruiser-like ride.

The Model F’s hydroformed aluminum frame includes a front suspension fork and uses an integrated battery secured into the downtube.

The battery can be locked in place and charged on the bike or unlocked to remove for charging separately. The company claims a maximum range of 50 miles (80 km) from the battery when using pedal assist.

Riders that instead rely on the throttle to reach higher speeds without pedaling won’t hit the same 50-mile range but should still likely garner at least half of that figure.

With a 750W motor and a top speed of 25 mph (40 km/h), riders pushing hard on the throttle will have some good power and speed at their fingertips.

Also at their fingertips are a pair of comfort brake levers connected to hydraulic disc brakes for powerful stopping performance. To get back up to speed, the single-speed pedal drivetrain uses a massive 58T chainring, ensuring the ability to pedal even at top speed.

Just like Electric Bike Company’s other models, the new folder comes with vegan leather grips, a wide comfort saddle that embodies the company’s cruiser bike vibes, a color LCD, LED lighting in the front and rear of the bike, corrosion-resistant hardware all over the bike, and an adjustable handlebar stem.

The bike is priced at $1,799 and currently comes in three colors: white, red, and black. But Electric Bike Company is famous for its nearly limitless paint color options, thanks to operating its own paint facility in Southern California, so we wouldn’t be surprised to see more colors offered soon.

I visited the company over the winter and got to see the paint shop firsthand, taking a stab at painting my own Tweety yellow bike frame. I was also able to tour the company’s multiple factories in Newport Beach, meeting the team that actually builds the bikes and getting a better idea of what goes into building these quality electric cruiser bikes.

The cherry on top of the trip was getting to test out a few different models, including the more economical Model E and the easily accessible Model Y.

You can check out my tour of the company’s e-bike factory in my video below to see how these awesome e-bikes get the local treatment.