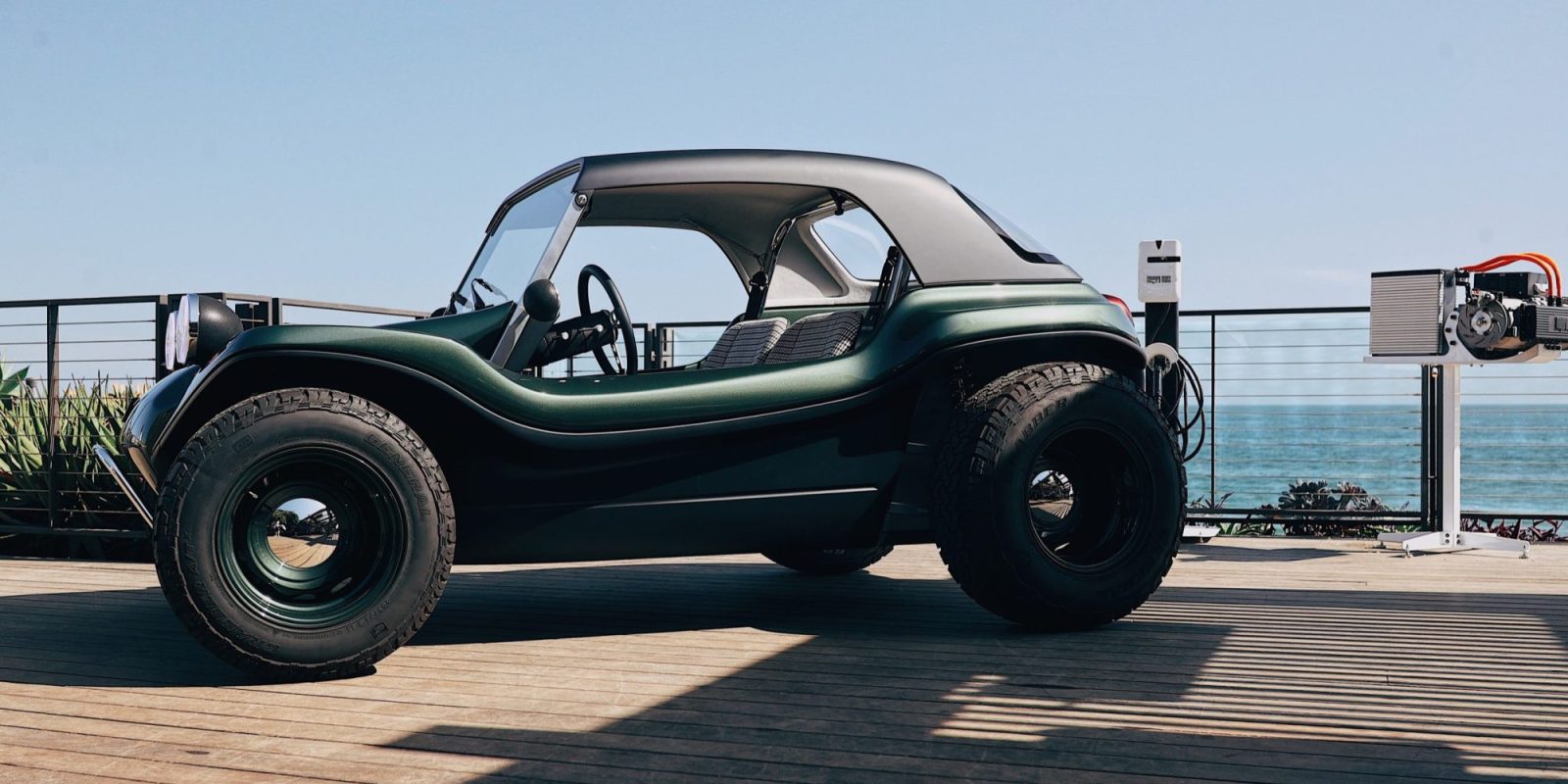 Meyers has started taking deposits for its upcoming electric dune buggy, the Meyers Manx 2.0, which is slated to ship in 2024. The company is also taking interest in a 2023 “beta program” for 50 early buyers who will help provide feedback before full production.

The original Meyers Manx, the first “dune buggy,” was a kit car, built on a modified VW Beetle chassis with a fiberglass body kit. It was popular in desert racing in the 60s, though the company folded in 1971. Bruce Meyers, the founder, brought the company back in 1999 and showed off an electric prototype in 2014. The company was sold to venture capital firm Trousdale in 2020.

It’s now back with an electric version, which was first unveiled last week at a private event in Malibu.

While we don’t know pricing yet, Meyers started taking deposits today, at $500 a pop. Deposits are fully refundable.

The company is also searching for interest in its “beta program,” where 50 early owners will agree to drive their car for a minimum amount of mileage in various conditions over a 12-month period. “Beta pioneers” will share feedback on a regular basis with Meyers to help improve the product, which is capable of over-the-air updates.

Meyers released some new photos today, including studio photos of the car. Check ’em out:

We also got a better sense of the car’s storage options. As you can see in the photos above, under the hood there is a storage area – but it only holds a spare tire and tools.

Behind the seats there’s a rear storage area, which is covered by the tiltable roof but is not lockable. You can get a sense of how it works in these shots from the Malibu reveal:

Meyers hasn’t finalized specs yet, but it has shared some estimates. The Manx 2.0 will be available with 20kWh and 40kWh battery options, with the 40kWh battery capable of 0-60 in 4.5 seconds. These will have estimated ranges of 150 and 300 miles respectively, quite a lot for these smallish batteries – but the car itself is tiny after all, only 1,500 or 1,650 lbs, depending on battery size.

It may sound a little silly that early buyers of a product will essentially be signed up for a “job” of driving around and helping the company with testing, but this is not actually unheard of in the EV space.

While Meyers calls this program a “first-of-its-kind,” there was a similar program with the original BMW Mini E back in 2009. Applicants answered a series of questions, and BMW invited around 500 people to lease these early EVs and provide feedback. This led to BMW’s ActiveE program and later to the BMW i3, which incorporated some feedback from early “Pioneers” and “Electronauts.”

Several of the “Pioneers” from that program still keep in touch and have gone on to get positions in the EV industry – such as the author whose words you’re reading right now. The Mini E is where I started my EV journey, and it’s been quite a ride.

Even for other “non-beta” cars, early EV owners have often felt somewhat like informal beta testers anyway – even the Tesla Model 3, a third-generation vehicle, went through a lot of changes in the early days based on early owner feedback. Tesla drivers are also currently acting as beta testers for Tesla’s FSD software, years after paying thousands of dollars for software they’re still waiting for.

So, given this is Meyers’ first EV, this isn’t really unexpected.

As for takes on the car itself – I learned from driving the Mini E that I love small electric two seaters without a lot of cargo space, so it seems like this one is right up my alley. So, if you want to get in line with a Meyers Manx 2.0 deposit, you’ll be standing behind me.