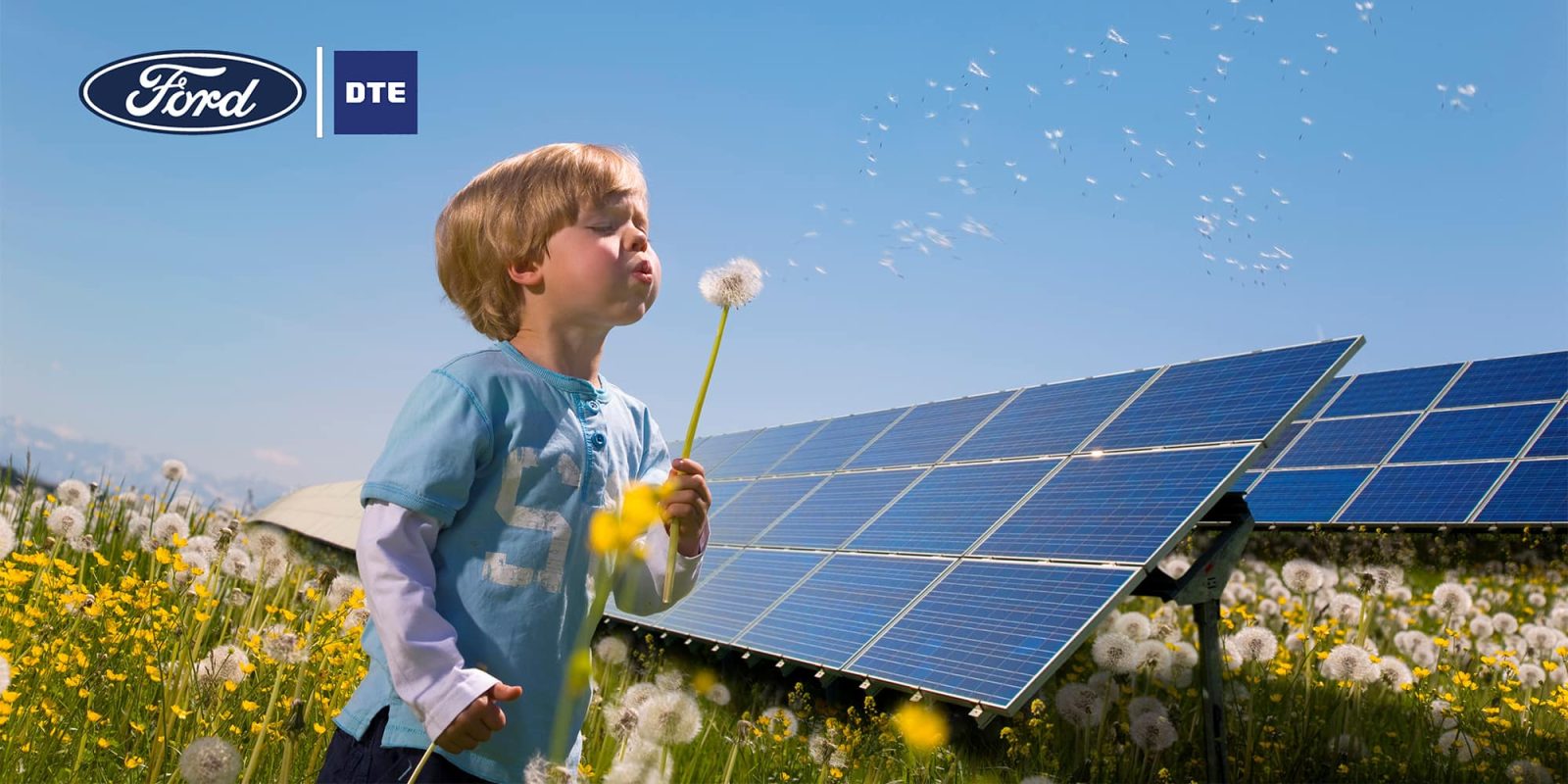 Ford and DTE Energy are taking a massive step in the fight against climate change. The automaker and Detroit-based energy company DTE Energy are announcing today a new clean energy agreement, the largest of its kind.

As part of its plans to reach carbon neutrality, Ford is announcing today it will soon be able to source all of its electricity in Michigan from clean energy sources.

DTE Energy will be adding 650 megawatts of solar energy capacity for Ford by 2025. The purchase is the largest in US history, made possible through DTE’s MIGreenPower program.

Also, by 2025, all Ford vehicles assembled in Michigan, including the Ford F-150 Lightning assembled at the Rouge Electric Vehicle Center, will be assembled with 100% carbon-free electricity.

Furthermore, once the solar panels are installed, they will boost the amount of solar energy in Michigan by close to 70%, according to data from the Solar Energy Industries Association. Ford’s CEO Jim Farley says:

This unprecedented agreement is all about a greener and brighter future for Ford and for Michigan. Today is an example of what it looks like to lead…to turn talk into action.

Meanwhile, DTE suggests the project will create 250 temporary and ten permanent jobs while benefitting the local economy. DTE is the largest renewable energy provider in Michigan and plans to expand its clean energy initiatives through its MIGreenPower program.

For those that cannot attend the in-person at Ford’s Michigan Assembly Plant in Wayne, Michigan, the event will be live-streamed here: forddteenergyannouncement.com  and will also be available on the Switch – NY Pool Feed 1.

Ford was one of the first legacy automakers to participate in the Paris Agreement to limit the impacts of climate change. The governor of Michigan, Gretchen Whitmer, is applauding its efforts, saying:

I want to congratulate DTE Energy and Ford Motor Company for taking this significant step to increase our state’s solar energy production and to position Michigan as a leader in climate action.

Efforts like this are the reason Michigan had the best job growth for energy-sector jobs in the country last year, which will help advance our state’s decarbonization goals, create good-paying jobs and strengthen our economy.

So far, Ford is having success with its transition to electric vehicles. The Ford F-150 Lightning had its best month since its release in July, selling 2,173 units, and the company just reopened ordering for the in-demand EV truck. Ford’s Mustang Mach-e sales rose 74.1%, and the E-transit maintains a dominant 95% market share.

Ford is making swift progress on its clean energy goals. The automaker, like many companies, is planning to go carbon neutral by 2050. With this in mind, Ford plans to invest over $50 billion by 2026 to scale EV production and transform its business.

However, unlike most companies, Ford is doing exactly as it says. Electric vehicle sales are soaring, and the company is adding significant renewable energy capacity.

Overall, I applaud Ford’s efforts here and look forward to what the company will be able to accomplish going forward. I suspect its agreement with DTE Energy is the first of a sweeping change at Ford.