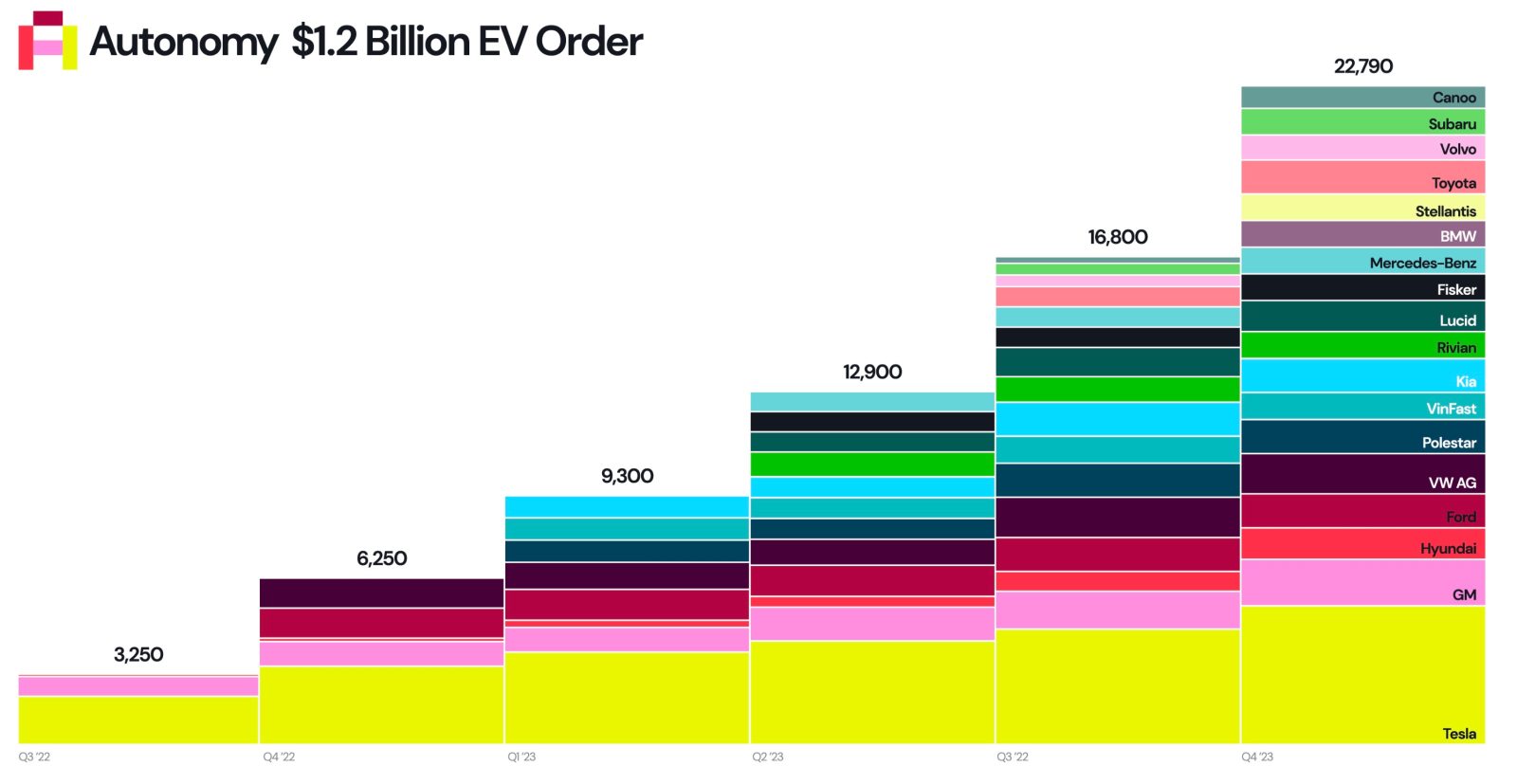 Last month, we reported on Autonomy, a California-based company offering simply subscriptions to electric vehicles – we learned that they were preparing to place a giant order for 23,000 electric vehicles.

Autonomy started out by building a fleet of Tesla vehicles to offer through their app.

CEO Scott Painter told Electrek that the company has been taking a delivery of 200 Tesla vehicles per week, and it plans to keep ramping this up. That said, Autonomy also made it clear that it planned to add a lot more electric vehicles from a variety of automakers in order to have a lot of different options for their customers.

Tesla was certainly the right launch partner for Autonomy given their dominance in the electric vehicle market today. With every automaker going all-in on electric and so many exciting new products coming to market in the next 6 to 18 months, we have placed our fleet order and are excited to expand our subscription lineup and make it easier for consumers to make the transition to electric.

Today, the company has now released the details of the entire order:

Tesla is still the biggest winner of the order with 8,300 vehicles, but there are also other companies that are getting significant orders, including GM with 3,400 units, Volkswagen with 2,200 units, and Ford with 1,800 units.

There are also smaller automakers that while they are getting smaller orders, it might help them more, like Vinfast with 400 units, Lucid with 100 units, and Canoo with 100 units.

Autonomy released its primary selection criteria for the order:

It’s encouraging that there are now – or at least by 2023 – 46 EV models that fit those criteria, because that’s how many different models (plus a few different variants for each model) that Autonomy is ordering.