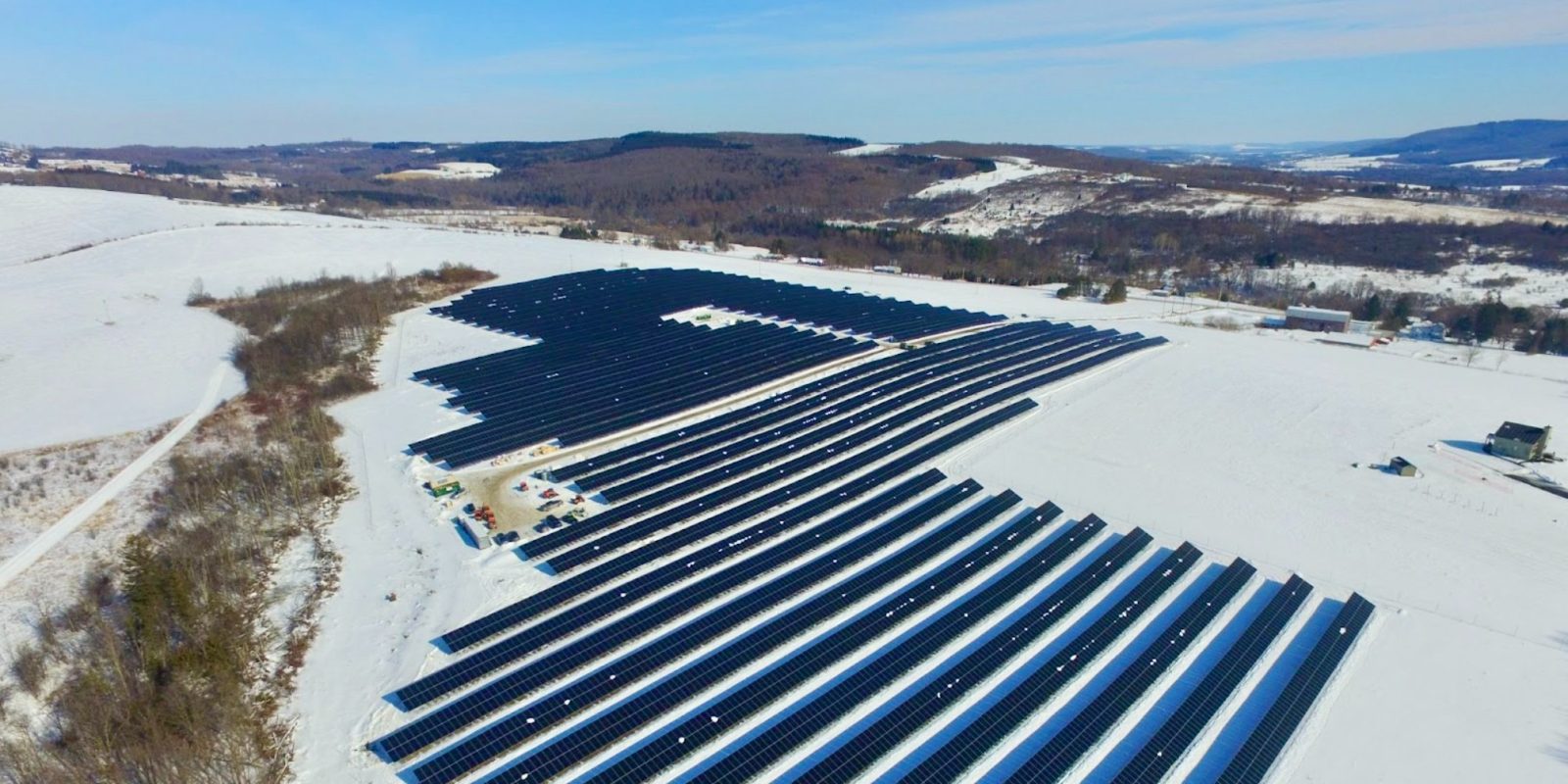 Ranging from 4.5 megawatts (MW) to 7.5 MW in size, the six solar farms are currently in late stages of construction in central New York State, and some are already mechanically completed. All six projects are scheduled to be operational in the second quarter of 2022.

Half of the six projects use solar trackers, and the other half use fixed-tilt racking. All six solar farms feature bifacial modules.

Bifacial, or double-sided, solar panels collect light on both sides. They can produce one-third more energy than monofacial solar panels. They are slim and need special racking in order to gain maximum exposure to the sun. The side of the panels not aimed toward the sun – the backsheet – can use light reflected off the ground or another material, and the lighter the surface – like sand – the more effective it is for the solar panel. Due to cost and the fact that they need to be mounted on the ground, bifacial panels are best for commercial or utility-scale use.

The six solar farms in this portfolio will generate enough clean energy to power 8,700 homes per year.

Onondaga County, where three of the farms are sited, will get a solar capacity boost of nearly 50%, with 15 MW in total, enough for 2,200 more homes annually. And that’s just the start: Onandaga has at least 29 large solar projects on the drawing board, totaling 190 megawatts.

They will also support New York State in achieving its goal to have 70% of the state’s energy produced from renewables by 2030.