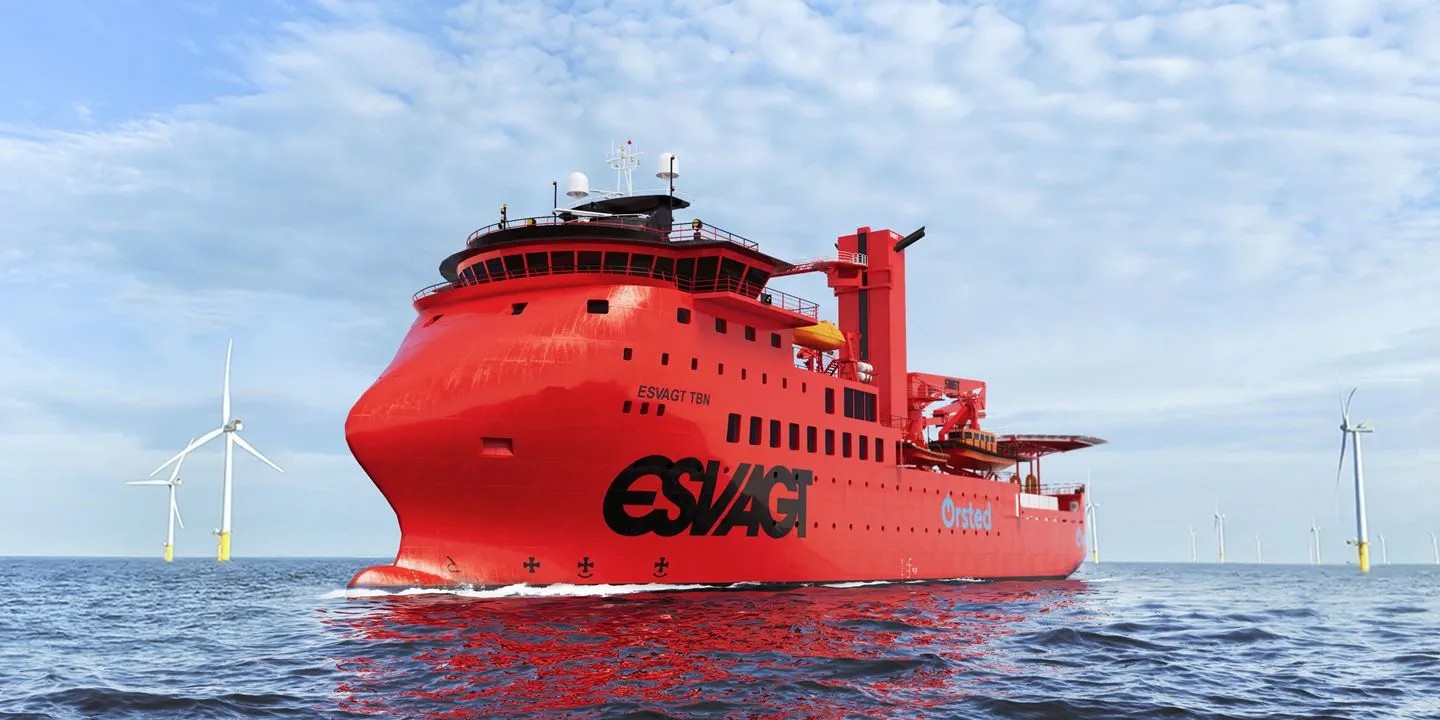 Danish wind giant Ørsted and Danish offshore wind service and support company ESVAGT announced on Friday that they will invest in the world’s first service operation vessel (SOV) that can operate on green fuels.

Ørsted reports that batteries and dual fuel engines capable of sailing on renewable e-methanol produced from wind energy and biogenic carbon will power the SOV. The company says that will lead to a yearly CO2 emissions reduction of around 4,500 metric tons.

Burning fossil fuels releases carbon that has been locked up in the ground for millions of years, while burning biomass emits carbon that is part of the biogenic carbon cycle.

In other words, fossil fuel use increases the total amount of carbon in the biosphere-atmosphere system while bioenergy systems operates within this system; biomass combustion simply returns to the atmosphere the carbon that was absorbed as the plants grew.

The ship will have the following specs:

Offshore wind service technicians are usually at sea for weeks at a time. The SOV will host an onboard workshop and much of the equipment and spare parts needed for them to service offshore wind farms.

The SOV will be equipped with a helipad for fast access and transfers from shore. It will provide safe transfer of technicians at the wind farm via a motion-compensated gangway and transfer boats as well as a crane to lift heavy spare parts. It will also include fitness facilities, a game room, a cinema, and individual accommodation.

ESVAGT will start to build the vessel in the second quarter of 2022. Once it’s commissioned by the end of 2024, the SOV will start servicing Hornsea 2, the world’s largest offshore wind farm, off the UK’s east coast. Hornsea 2 is expected to become fully operational in 2022.

On March 28, Ørsted agreed to sell 50% of Hornsea 2 for £3 billion ($3.94 billion) to a French consortium consisting of AXA IM Alts, a unit of France’s biggest insurer AXA, and Credit Agricole Assurances. Each will own 25%.

Read more: The world’s largest wind farm will power up before end of 2021