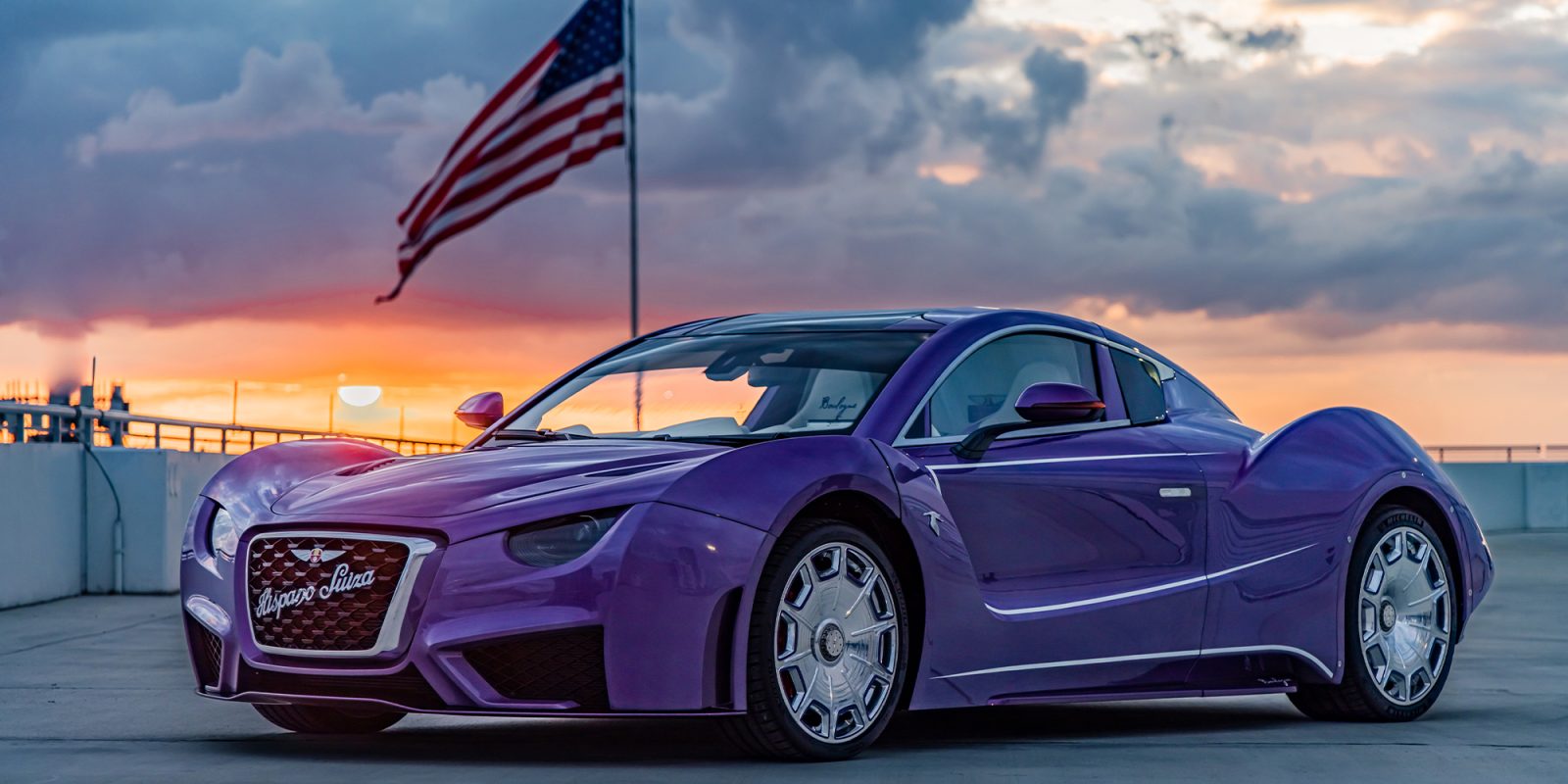 Spanish automotive brand Hispano Suiza has officially made its debut in the United States, delivering its first Carmen Boulogne all-electric hypercar to a customer during the Amelia Island Concours d’Elegance in Florida. This bespoke hypercar was designed to the client’s specifications and will be one of five Carmen Boulognes produced in the world.

Hispano Suiza is a boutique automaker out of Spain with nearly 120 years of history. The company was originally founded in 1904 and established a prominent track record producing luxury cars, aircraft engines, trucks, and weapons throughout the early- to mid-1900s.

The brand was revived as a strictly automotive manufacturer a decade ago and has found its niche in ultra-luxurious, unique supercars designed and manufactured as one-of-a-kind art pieces.

This electrified brand renaissance truly got rolling in 2019 with the emergence of the Hispano Suiza Carmen – a “hyperlux” electric hypercar. The Spanish automaker only plans to produce 24 of these bespoke electric vehicles, which are truly one of a kind. For example, Hispano Suiza said it offers 1,904 different combinations of personalization for its customers, meaning no two cars are alike.

And just in case 1,904 customization possibilities aren’t enough, the company announced that five of the 24 planned Carmens will be an even more exclusive version called the Carmen Boulogne, a nod to a Hispano Suiza concept car from 1921.

A lucky car enthusiast in the United States was able to purchase one of the few Carmen Boulognes and recently received his delivery in Florida.

American car collector Michael Fux became the first owner of a Carmen Boulogne in the United States, according to a press release by Hispano Suiza. Mr. Fux took delivery of his bespoke Carmen Boulogne hypercar during the 27th edition of the Amelia Island Concours d ‘Elegance in Florida.

The electric hypercar delivers 1,114 hp from four electric motors housed on its rear wheels and was customized by Hispano Suiza’s design department in Barcelona to Fux’s tastes. For example, the unique Carmen Boulogne was painted in “Ocean Song Rose” – a purple tone inspired by Fux’s favorite flower, which he sent to Spain from Miami so the design team could exclusively reproduce the same hue.

The interior is covered entirely in high-quality Birkigt White leather with “Boulogne” embroidered on the headrests. Hispano Suiza’s CEO, Sergio Martinez Campos, personally delivered the Carmen Boulogne to its first and only US customer this past weekend.

While the extensive design differentiations lead to varying prices, the Hispano Suiza Carmen starts at around $1.93 million. We are not sure what one of only five Carmen Boulognes costs, but you can imagine Mr. Fux paid over $2 million for this one-of-a-kind electric hypercar.