Tesla starts rolling out of Full Self-Driving Beta in Canada 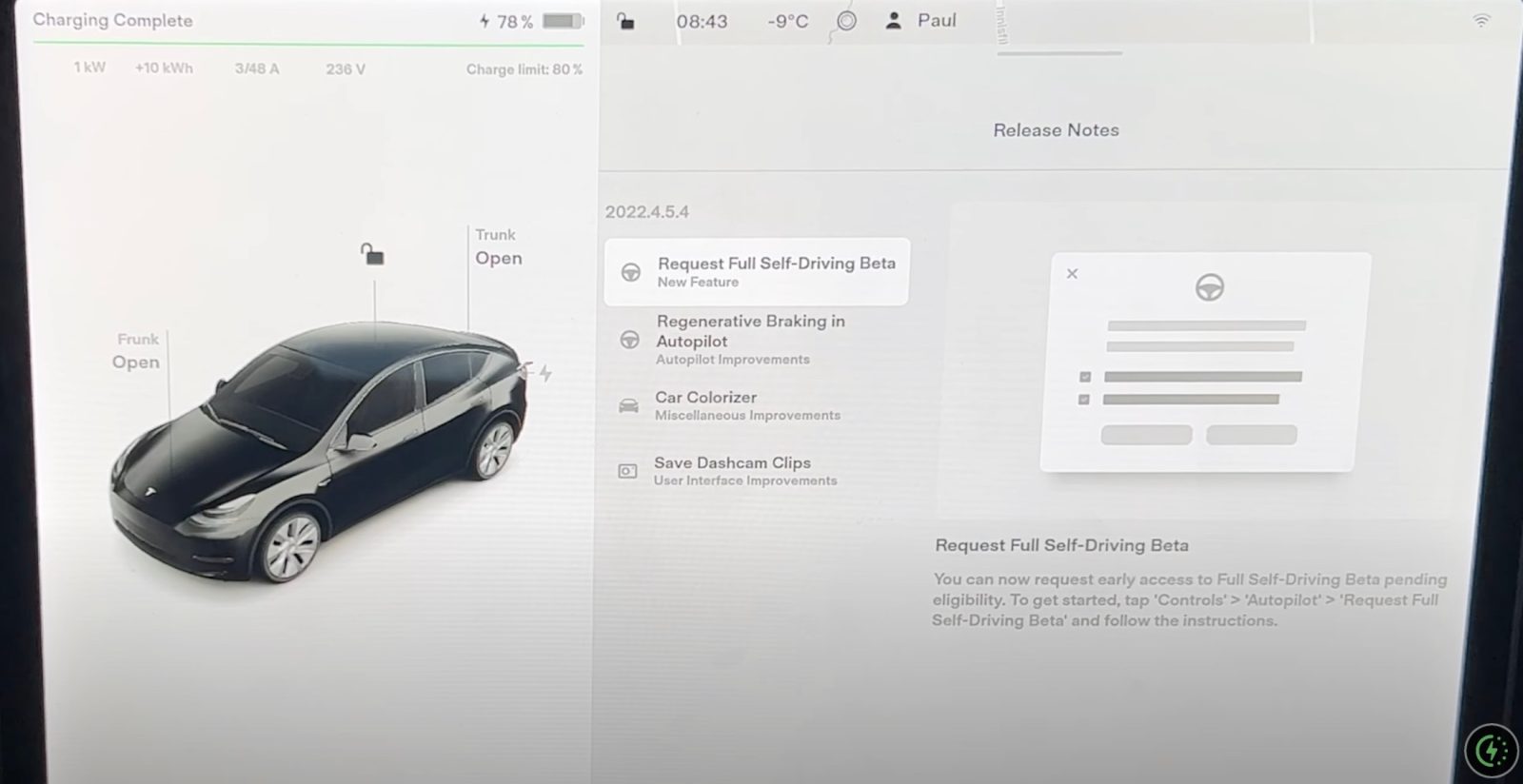 Tesla has officially started rolling out its Full Self-Driving Beta in Canada – marking the first official international expansion of the driver-assist system that Tesla taunts as an early version of a true self-driving system.

Since October 2020, Tesla has been slowly rolling out what it is calling “Full Self-Driving Beta” (FSD Beta), which is an early version of its self-driving software that is currently being tested by a fleet of Tesla owners selected by the company and through its “safety test score.”

The software enables the vehicle to drive autonomously to a destination entered in the car’s navigation system, but the driver needs to remain vigilant and ready to take control at all times.

Since the responsibility lies with the driver and not Tesla’s system, it is still considered a level two driver-assist system despite its name. It has been sort of a “two steps forward, one step back” type of program, as some updates have seen regressions in terms of the driving capabilities.

Tesla has been frequently releasing new software updates to the FSD Beta program and adding more owners to it.

CEO Elon Musk has been promising an expansion of FSD Beta in Canada for a while now and it is finally coming.

Last night, Tesla started pushing a new software update (2022.4.5.4) to some vehicles in Canada and it enables those vehicles to “Request Full Self-Driving Beta”:

Once “requested,” you start the approval process, which consists of giving your day-to-day driving a “safety score”.

If it’s high enough, Tesla might push you the actual FSD Beta software.

Musk recently said that Tesla has been internally testing FSD Beta in Canada with about 60 vehicles. This expansion to regular owners who bought the FSD package is expected to greatly increase the number of test vehicles.

Even though it wasn’t officially released in Canada yet, I tested FSD Beta in Montreal last year.

I can’t go into the details of how that happened, but I can say that I wasn’t impressed by the performance of the system in the city.

On more residential suburban roads, it did fine, but in the city, it was super stressful.

The perception aspect is truly impressive. The car appears to be able to detect its environment very well on FSD Beta, but the decision-making is the problem.

While it appears to be following the rules of the road perfectly at times, it often decides to make stupid and dangerous decisions.

If you decide to try FSD Beta, it’s important to stay vigilant at all times and be ready to take control.