Will this ‘ocean battery’ buried in the seabed be an offshore wind game changer? 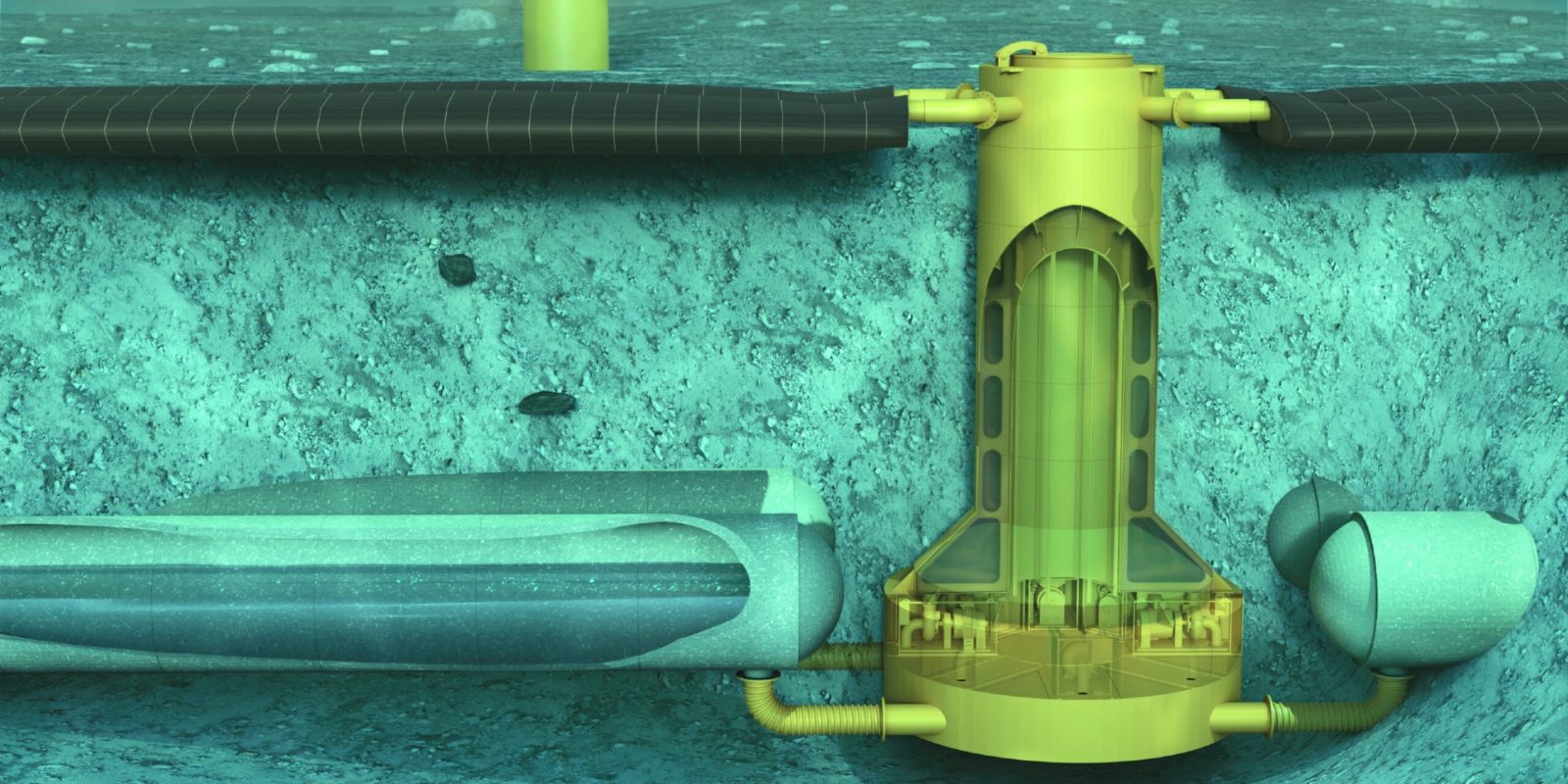 Offshore wind power needs energy storage and power regulation, and Ocean Grazer has invented an offshore energy storage system that will sit at the bottom of the sea and manage the flow of electricity through the power grid. The Dutch startup showcased their new product, Ocean Battery, at CES in Las Vegas last week.

Ocean Grazer, a spin-off of the University of Groningen in the Netherlands, asserts that Ocean Battery is “almost maintenance-free and even enhances marine life.”

Ocean Battery is an energy storage system that is installed in the seabed and paired with offshore wind farms. It does not require rare earth materials and uses clean water as the energy carrier.

Ocean Grazer explains how it works:

Ocean Battery is based on hydro dam technology that can be deployed at the source of
power generation. Excess wind power is routed toward the Ocean Battery that pumps water
from its underground reservoirs into the flexible bladders installed at the seabed. Whenever
there is a demand for power, water is routed through hydro turbines to generate electricity
back into the underground reservoirs.

Check it out in this video:

Ocean Grazer claims that Ocean Battery has an efficiency of around 80% and that it should be able to run unlimited cycles for more than 20 years. The company, which announced on January 6 that it has closed a deal with an angel investor, will deploy an onshore Ocean Battery in the Netherlands by 2023 and aims to have an offshore system in place by 2025.

This is very new. It’s also clever. So will it be widely rolled out and adopted? We don’t yet know, but we hope it is.

We also don’t scoff at new inventions – we’d rather discover and learn about them. People laughed at Thomas Edison and his lightbulb.

Clean energy needs as much innovation as it can get, and we’ll keep an eye on Ocean Grazer’s development.

Read more: The world’s largest wind farm will power up before end of 2021