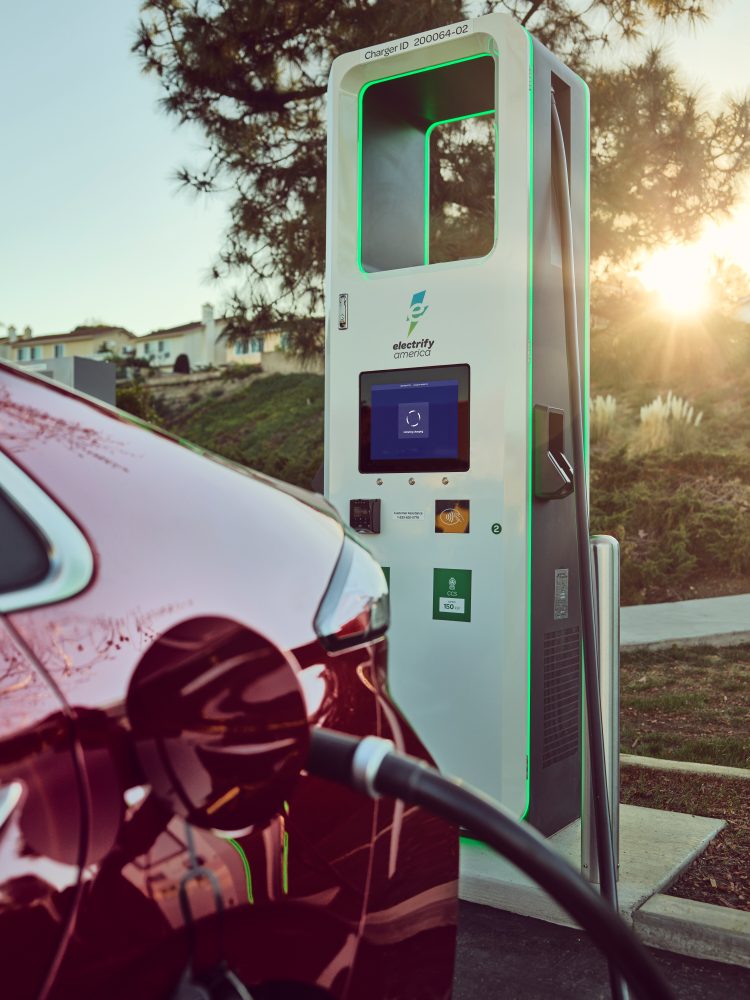 Yesterday US Vice President Kamala Harris kicked off the government’s new plan to build 500,000 electric vehicle charging stations across the country with a ceremony at an EV charging facility in suburban Maryland, followed by an odd, bumbling demo where she appears to be using an L2 charging station for the first time.

“There’s no sound or fume,” Harris says in a video, as she charges an electric vehicle at the county’s Department of Public Works and Transportation building in Brandywine, just outside of Washington. “For all of us who are used to filling our tanks, you can smell it and you can hear it, the guzzling sound.” She adds, “So how do I know it’s actually working?”

Mahidhar Reddy, founder and CEO of SemaConnect, showed the VP that the light turns green when the vehicle has been fully charged. But… did she really need this tutorial, or was she playing to the masses in an educational sense, since “accessibility to everyone” is baked into the new EV plan? Considering her home state of California leads the nation in registered EVs and fast-charging infrastructure, let’s hope it’s the latter. But still, the look here does not instill confidence.

“Climate change has become a climate crisis and it demands urgent action,” Harris said at the ceremony, according to Associated Press. “The future of transportation in our nation and around the world is electric.”

The White House’s new Biden-Harris EV Charging Action Plan will take $5 billion from last month’s infrastructure bill and allocate it to building a nationwide network of charging stations, while also providing $2.5 billion for local grants to support charging stations in disadvantaged communities and rural areas. The government hopes this plan will speed nationwide adoption of EVs for both consumers and commercial fleets, with plans to reduce emissions to meet net-zero emission goals by no later than the very distant 2050. The plan also expects to create thousands of new jobs.

Better late than never? Tesla, Nissan, and Chevy have been delivering EVs to California for a decade, where Harris has resided most of her life, and you have to wonder why she is such an apparent novice at EV charging.

While we EV fans clearly won’t be impressed here, it is also a message being delivered to the other 90% of Americans with no EV experience that EV charging is easy, with no fumes or flammable liquid being pumped. We’re going to chalk this up as a win, even if it’s a clumsy one that could have been managed a lot better.