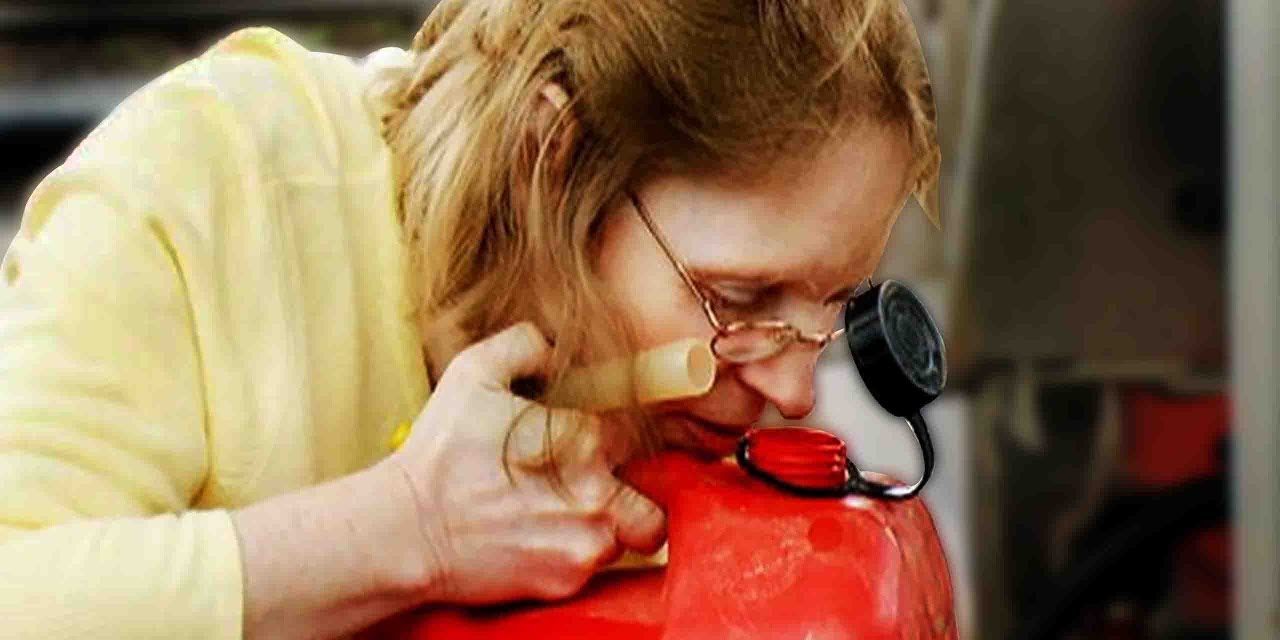 That’s not a joke headline. You are not on the Onion. Ford surveyed drivers and found that most of them would “miss the smell of petrol” if they go electric.

The automaker then came up with a Mach-Eau (get it?) scent to help those drivers transition to electric vehicles.

Yes, it’s a thing. Everyone knows a gearhead who loves the smell of burning rubber and petrol. It’s not entirely unusual, but can it actually become a barrier to go electric?

Ford believed that it could and they commissioned a survey with some surprising results:

In a Ford-commissioned survey, 1 in 5 drivers said the smell of petrol is what they’d miss most when swapping to an electric vehicle, with almost 70% claiming they would miss the smell of petrol to some degree. Petrol also ranked as a more popular scent than both wine and cheese, and almost identically to the smell of new books.

In response to those findings, Ford decided to create a new scent called Mach-Eau, and fragrance consultancy firm Olfiction designed it.

The automaker did clarify that it doesn’t necessarily smell like petrol, but it was designed to remind them of it:

The new scent is designed to help usher these drivers into the future of driving through their sense of smell. Rather than just smelling like petrol though, Mach-Eau is designed to please the nose of any wearer; a high-end fragrance that fuses smoky accords, aspects of rubber and even an ‘animal’ element to give a nod to the Mustang heritage.

Ford says that it doesn’t actually sell the scent, but it was created to “help dispel myths around electric cars and convince traditional car enthusiasts of the potential of electric vehicles.”

When I read Ford’s press release about Mach-Eau, I had to make sure that I hadn’t mistakenly traveled in time to April 1.

But it looks very real even though Ford says it’s not selling it.

We are not too far off that, considering many luxury automakers are now integrating scent diffusers inside their vehicles.

In my anecdotal experience of talking to petrolheads, the sound of a nice V8 engine is what they say they would miss the most out of the gas-powered vehicle experience. While It’s not my thing, I can understand that.

While the smell is fetishized by some, I was surprised to learn that it’s liked so much by such a high number of drivers. I would like to see the full details and methodology of Ford’s survey.

Either way, not going to the gas station is one of the biggest, if not the biggest, customer experience advantage of going electric.