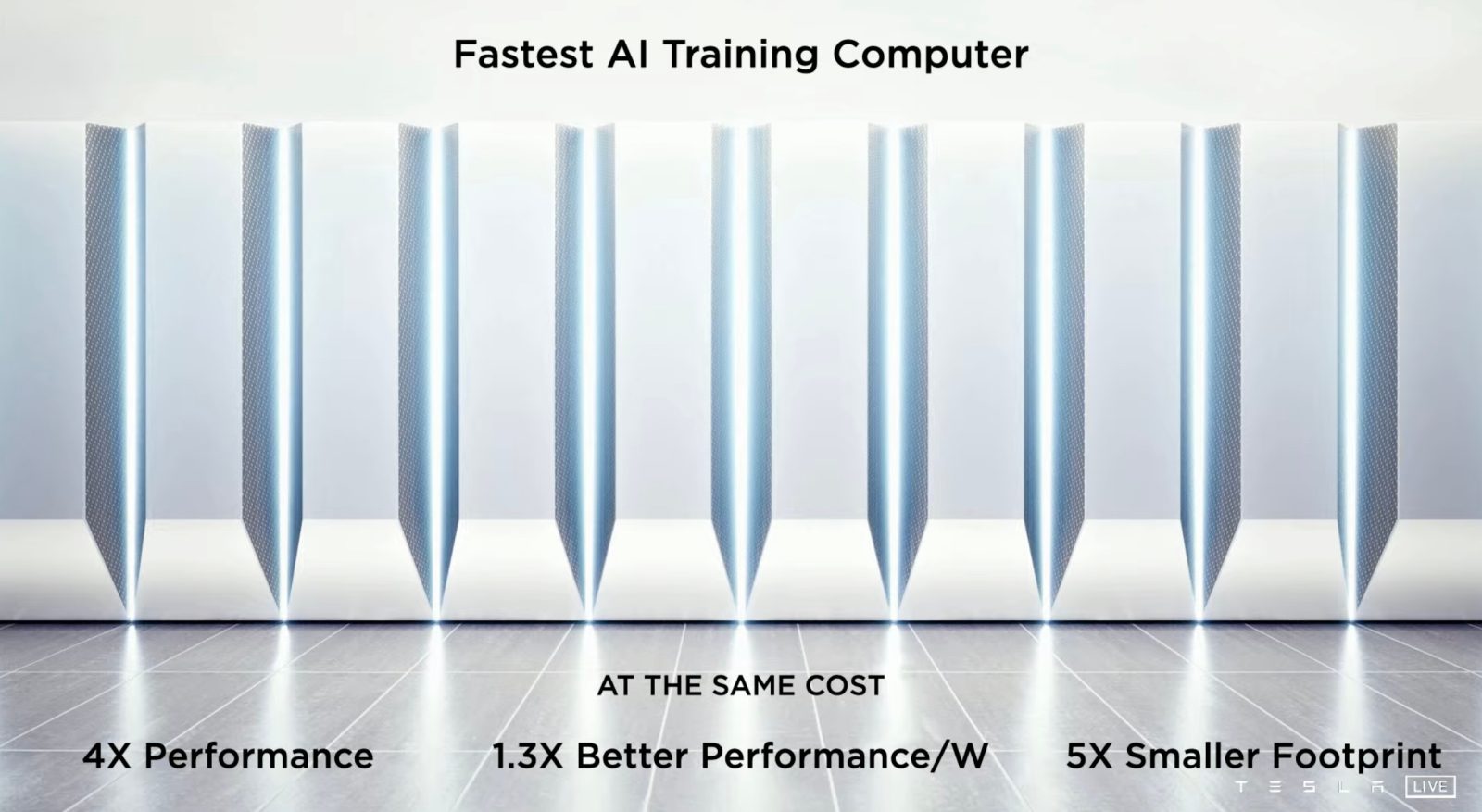 Tesla has released a new whitepaper regarding a new standard for its Dojo supercomputing platform.

CEO Elon Musk teased the paper as “more important than it may seem.”

For years now, Tesla has been teasing the development of a new in-house supercomputer optimized for neural net video training.

Tesla is handling an insane amount of video data from its fleet of over 1 million vehicles. It uses this video data to train its neural nets.

The automaker found itself unsatisfied with current hardware options to train its computer vision neural nets and believed it could do better internally.

Over the last two years, CEO Elon Musk has been teasing the development of Tesla’s own supercomputer called “Dojo.” Last year, he even teased that Tesla’s Dojo would have a capacity of over an exaflop, which is one quintillion (1018) floating-point operations per second, or 1,000 petaFLOPS.

It could potentially make Dojo the new most powerful supercomputer in the world. At Tesla’s AI Day in August, Tesla unveiled Dojo.

The automaker already has its Dojo chip and tile, but it is still working on building its full rack to create the supercomputer.

Now Tesla has released a whitepaper on its Dojo technology.

In the abstract, the automaker is describing a new standard to work with its computing platform:

“This standard specifies Tesla arithmetic formats and methods for the new 8-bit and 16-bit binary floating-point arithmetic in computer programming environments for deep learning neural network training. This standard also specifies exception conditions and the status flags thereof. An implementation of a floating-point system conforming to this standard may be realized entirely in software, entirely in hardware, or in any combination of software and hardware.”

I’m not going to lie, a lot of that stuff is going way over my head, and it’s certainly more digestible for people familiar with programming for deep learning.

But it sounds like Tesla designed a new format called CFloat8 optimized to work on its Dojo Supercomputer platform.

It looks like the company hopes that other people would use the standard. However, it doesn’t sound like Dojo is going to be available to people outside of Tesla for a little while.