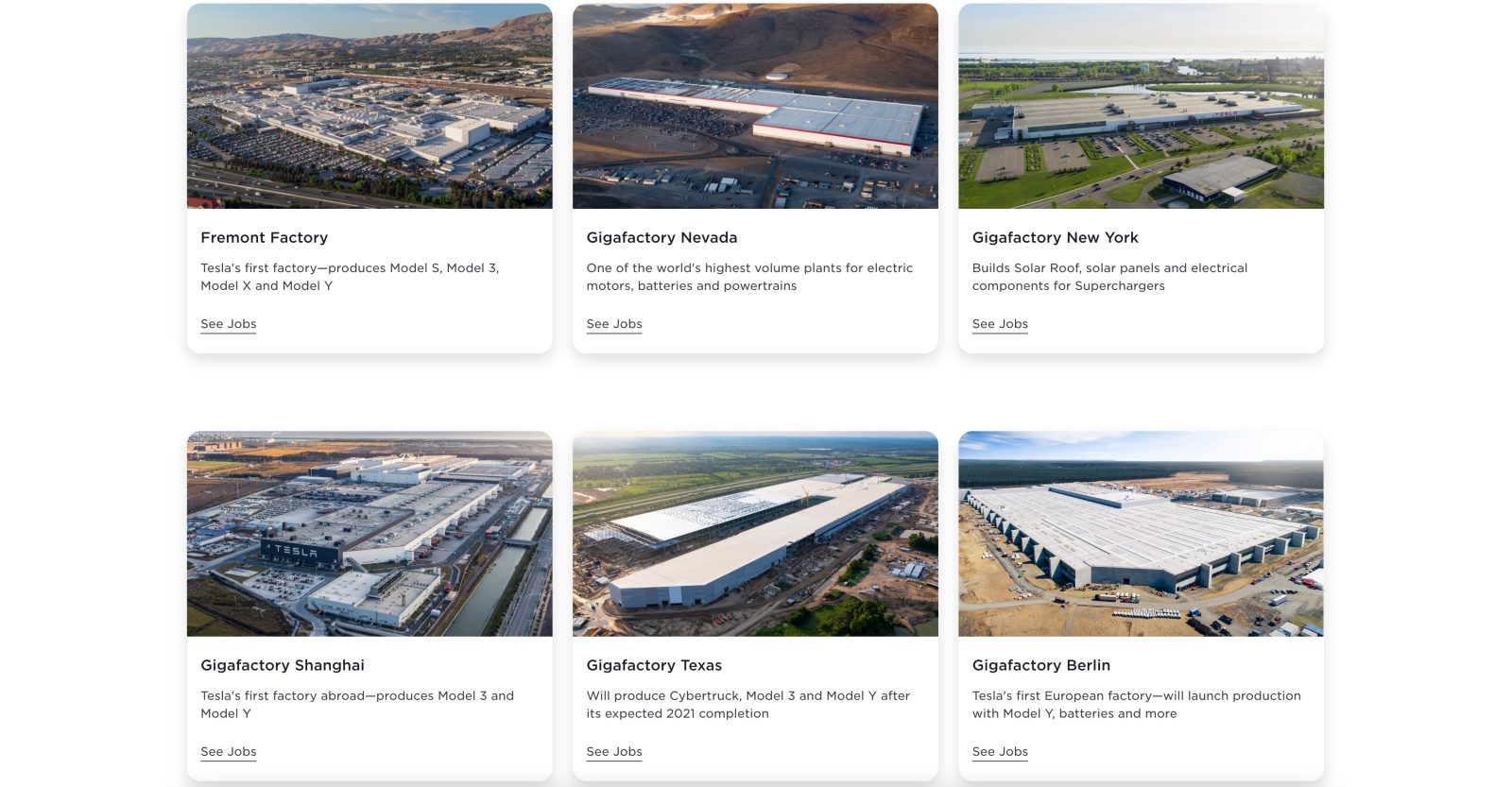 Tesla has launched a new website to flex its manufacturing muscle, which Elon Musk believes is Tesla’s biggest strength.

It also appears to be part of the automaker’s hiring effort, which is going to be huge.

For years now, Musk had Tesla focus on manufacturing.

He pushed the idea that “the machine that builds the machine” is an even more important product.

At Tesla’s shareholders’ meeting earlier this month, the CEO said that manufacturing will be Tesla’s main competitive advantage:

Now Tesla has launched a new website about its manufacturing effort:

On the page, Tesla claims 30 million square feet of manufacturing space with over 70,000 employees at the six factories.

The automaker also highlights all of its factories, which are starting to add up:

Tesla calls them “a new kind of factory” based on its continuous improvements:

Tesla operates on a continuous timeline. Unlike most other manufacturers, we iterate and improve across short, consecutive timeframes, keeping us at the forefront of innovation.

The main goal of the web page appears to be hiring, with Tesla listing jobs at all locations.

Tesla employees drive our mission. Our expert engineers, production associates, and safety professionals are working to make Tesla the world’s cleanest and most advanced manufacturer. If you’ve done exceptional work, join us to solve the next generation of manufacturing challenges.

With the start of production at Gigafactory Texas and Gigafactory Berlin and the production ramps at all the existing factories, Tesla is expected to have to hire tens of thousands of new employees in the next few years.