Missouri’s largest wind farm is shut off at night to protect bats – is this overkill? 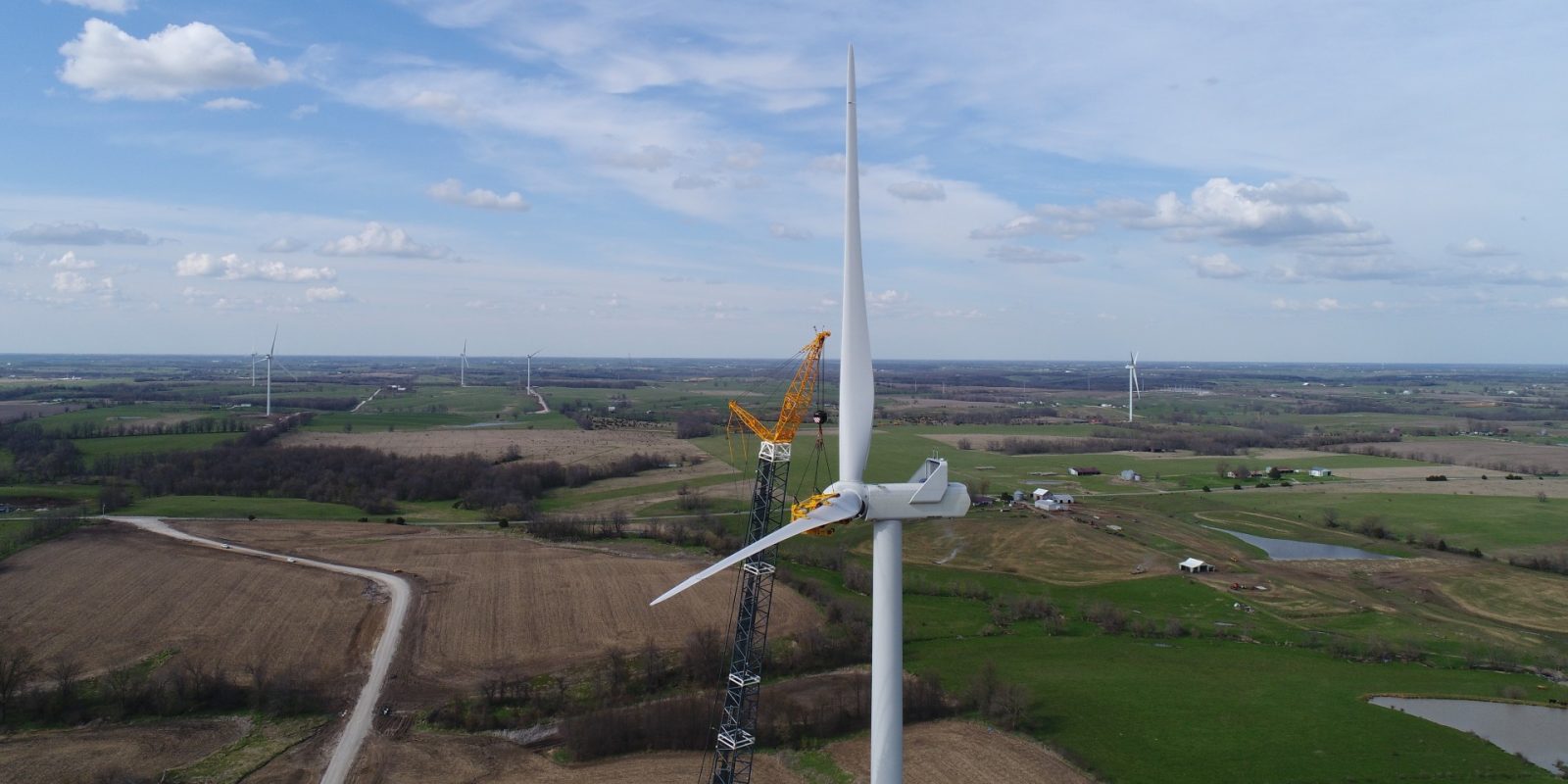 Missouri’s largest wind farm has been switching off at night since April 19 to avoid killing endangered and threatened bats. Is this good environmental stewardship, or is it throwing out the baby with the bathwater?

The High Prairie Renewable Energy Center, which is in northeastern Missouri, is currently the largest wind farm in the state. The St. Louis-based electric utility Ameren Missouri bought High Prairie from a developer in 2020 and started operations then.

Its 175 wind turbines sit on more than 60,000 acres. It’s capable of producing 400 megawatts of power, but it’s not currently producing at full capacity.

That’s because there have been problems with bats (and birds) dying at the wind farm, as a report from the US Fish and Wildlife service details:

Due to the potential risk of take of the federally endangered Indiana bat (Myotis sodalis) and federally threatened northern long-eared bat (Myotis septentrionalis) during operations, Ameren applied for an Incidental Take Permit (ITP) for these species, as well as for the little brown bat (Myotis lucifugus). In the interim, the Project operated under a Technical Assistance Letter (TAL) from the US Fish and Wildlife Service (USFWS).

To avoid potential effects to the Indiana bat and northern long-eared bat, the TAL required feathering of all turbines below 6.9 meters-per-second (m/s) for 0.5 hour before sunset to 0.5 hour after sunrise when air temperatures were above 50°F from March 15 through October 31 based on the 10-minute rolling average at each individual turbine. Due to the fatality of a male Indiana bat at the Project in September 2020, Ameren voluntarily increased the avoidance measures to involve no operation of the turbines when temperatures were above 50°F starting on March 15, 2021. Another fatality was discovered on April 15, 2021; Ameren voluntarily stopped all nighttime operations starting on April 19, 2021, but continued post-construction monitoring under the TAL until the ITP was issued on May 14, 2021.

To clarify, feathering is when wind turbine blades are prevented from turning when they are not operational. This may reduce bat fatalities, which have been found to be higher at low wind speeds, according to the website Conservation Evidence.

Further, an incidental take permit is a permit issued under Section 10 of the US Endangered Species Act to private, non-federal entities undertaking otherwise lawful projects that might result in the take of an endangered or threatened species.

The June 2021 report stated that four bats and 52 birds were discovered dead on the wind farm. Ameren voluntarily stopped running the wind farm at night from April.

Consumer advocates’ group the Missouri Office of the Public Counsel, and the Missouri Industrial Energy Consumers, which advocates for large commercial and industrial power customers, want the amount customers pay to reimburse Ameren for the cost of High Prairie wind farm reduced, due to the wind farm not currently operating at night.

As a result of High Prairie’s nighttime pause, Ameren is also at risk of failing to meet a state requirement this year that requires utilities generate at least 15% of their power from clean energy.

Once migration and mating season is over this fall, High Prairie will likely resume 24-hour operation. We asked Ameren in a phone call what its plans are for the wind farm, and its spokesperson said the utility would provide further, more specific updates soon. But in the meantime, it sent over its official statement from Ajay Arora, Ameren Missouri’s chief renewable development officer:

The High Prairie Renewable Energy Center began delivering clean energy to customers more than nine months ago. It operates every day for the benefit of all of our customers, and we anticipate it will continue to do so for decades to come. Throughout siting, construction, permitting, and now generating clean energy at High Prairie, Ameren Missouri has worked closely with US Fish and Wildlife Service and the Missouri Department of Conservation.

Ameren is being pressured by local and environmental groups to stop running turbines at night, and the utility has accommodated that. Of course we have to protect endangered species and birds.

But are Missouri’s bats being used as an excuse by groups who just don’t want anything to do with clean energy, like Canadian-based Mothers Against Wind Turbines, who want to “[protect] children exposed to the effects of industrial wind turbines”?

As Electrek noted at the end of July (see “Read More” below) when a group of residents opposed a huge Nevada wind farm in the name of animal protection while happily racing their ATVs around the desert, and Bloomberg just addressed, using wildlife as an excuse to hinder clean energy just makes the problems clean energy is trying to solve even worse.

Climate change is destroying the natural habitats of animals and plants all over the world. It won’t be wind turbines that wipe out endangered bats; it will be fossil-fuel emissions and resulting global warming.

Is whitewashing in the name of “environmentalism” to stop clean energy projects on the rise as the US transitions to clean energy? Let us know your thoughts in the comments below.

Read more: The US’s largest solar farm is canceled because Nevada locals don’t want to look at it