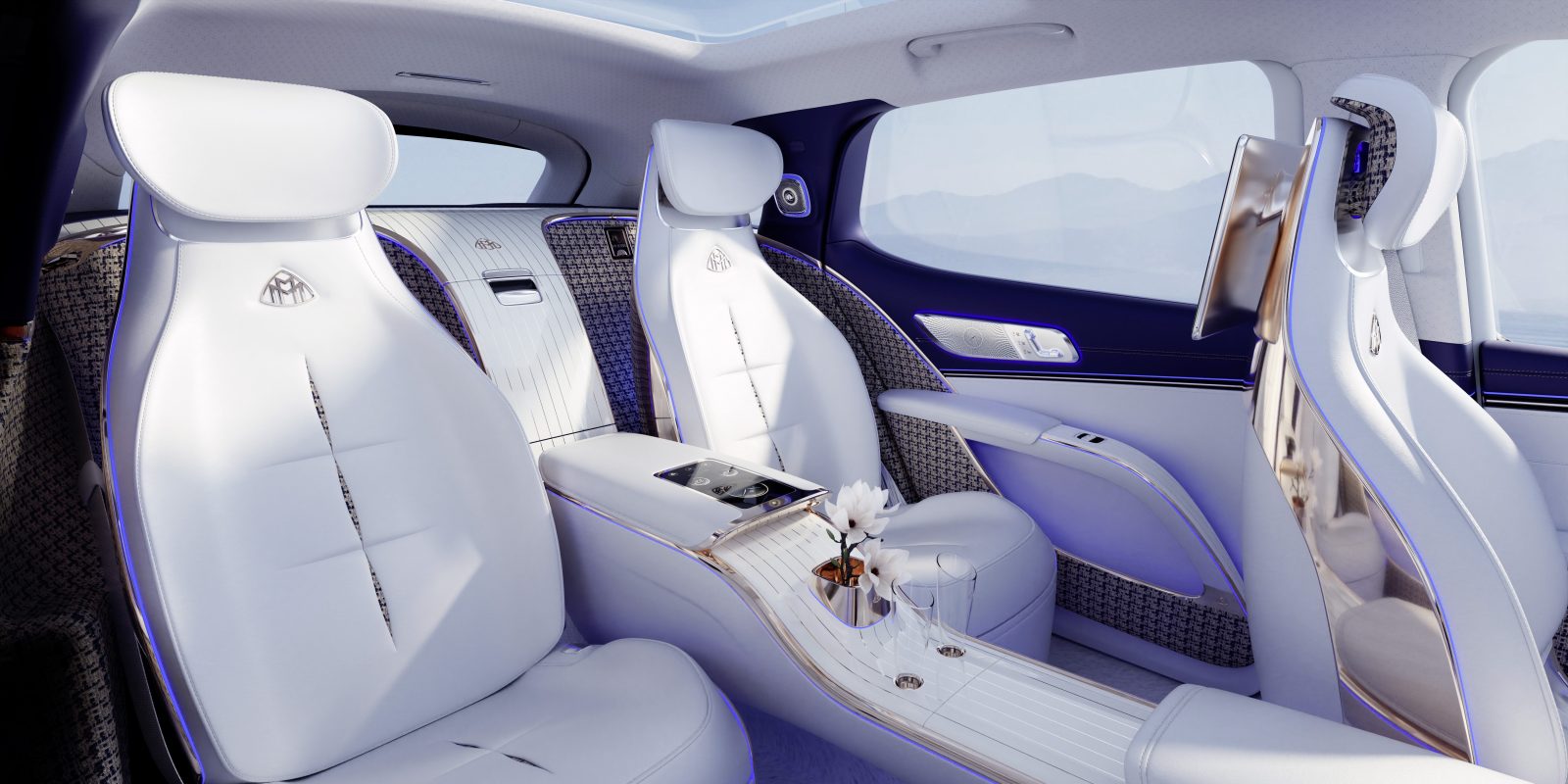 Mercedes-Benz has unveiled a new Mercedes-Maybach EQS concept, which takes the form of an awesomely plush electric SUV.

Ahead of the start of IAA Mobility tomorrow, Mercedes-Benz held a press conference with several electric vehicle-related announcements.

One of them was the unveiling of the new Mercedes-Maybach EQS concept.

Mercedes has previously announced its intentions to bring an SUV version of its EQS electric sedan to market next year.

Now the German automaker is previewing a Maybach version of the vehicle.

“With the Concept EQS, Mercedes-Maybach is providing a clear preview of the first fully electric series-production model for the tradition-steeped luxury brand. The SUV concept vehicle is based on the modular architecture for luxury- and executive-class electric vehicles from Mercedes-Benz and takes the exclusivity of Maybach into a locally emission-free future.”

While it’s still only a concept, Mercedes-Maybach is calling it “near-production.”

Philipp Schiemer, Head of Top End Vehicle Group at Mercedes-Benz AG and Chairman of the Board of Management of Mercedes-AMG GmbH, commented on the announcement:

“The Concept Mercedes-Maybach EQS represents the transformation of the tradition-rich luxury brand into a more progressive, all-electric future. Like every Maybach, it stands for Sophisticated Luxury in all its facets. The near-production concept car represents proof that state-of-the-art electric drive technology and pioneering infotainment with MBUX Hyperscreen combine perfectly with hallmark Maybach craftsmanship and an exquisite interior. This passionate combination of meticulously perfected details creates a unique automotive luxury experience. With the future all-electric SUV series model, we’re extending our leadership aspirations in the high-end segment to the area of electric mobility, too,”

Like any other Maybach, where the vehicle really shines is in the interior, which might be the plushest electric vehicle to date.

Here are a few pictures of the interior of the Mercedes-Maybach EQS concept:

In terms of specs, Mercedes didn’t release any for this concept, but since it is based on the Mercedes-Benz EQS SUV, we expect the vehicle to feature the same powertrain: 108 kWh battery pack for more than 400 miles of range, dual-motor all-wheel-drive and more.

Again, this is only a concept, but it sounds like it will make it to production considering they called it “near production,” and Mercedes already announced plans for an EQS SUV launching next year.

I’d expect the Maybach version to launch shortly after and become the new standard for electric luxury.

We will check the concept out in person tomorrow at IAA, but based on those images, I don’t think I’ll be able to sit it. I’d feel like sitting on a beautiful painting or piece of art.