Awesomely Weird Alibaba EV of the Week: An electric car with a teeny tiny truck bed 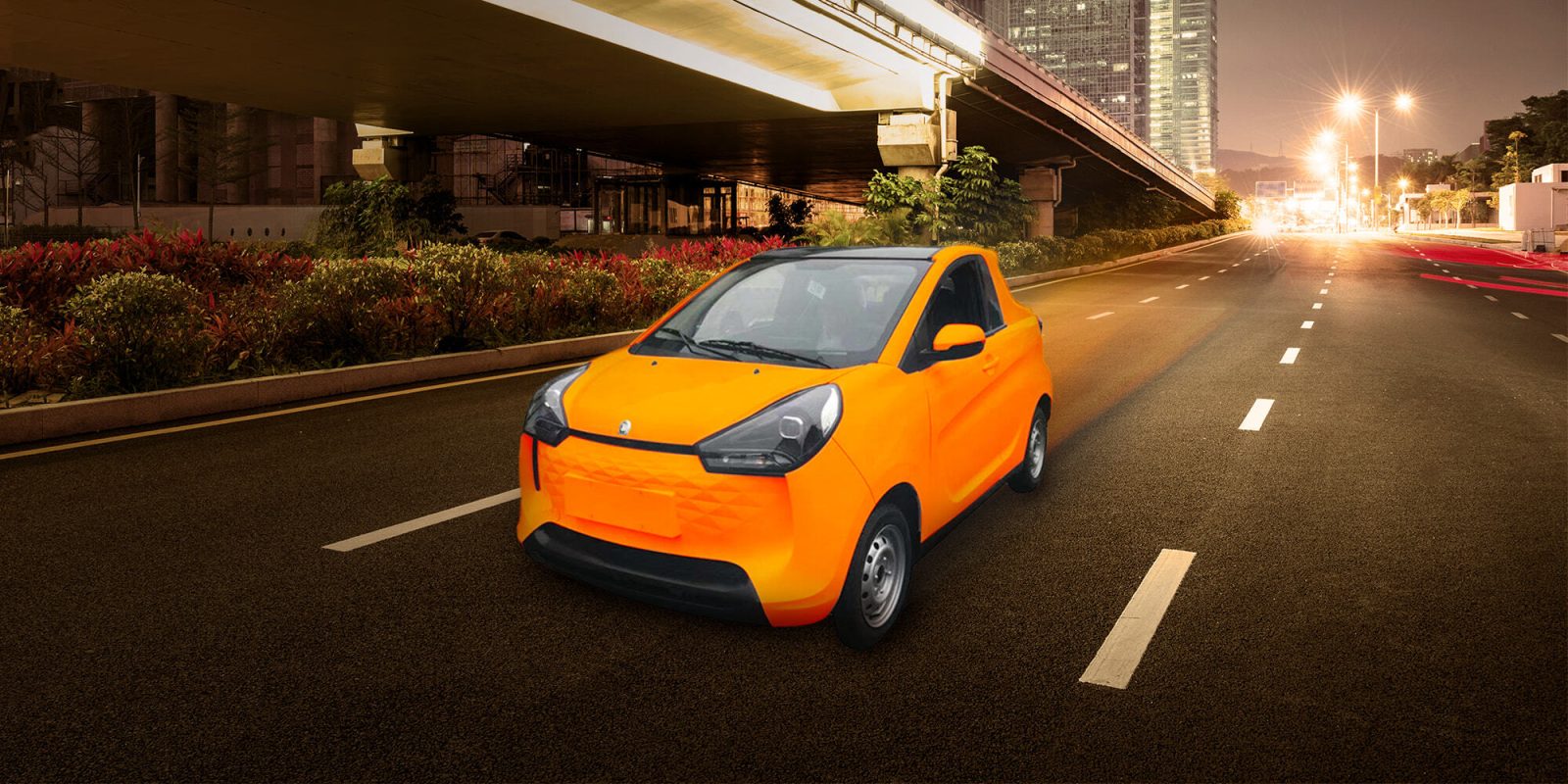 There’s no denying that a pickup truck offers serious utility. Who wouldn’t want a cargo bed that you can chuck a 2×4 into from across the yard? But not everyone needs the excessive size of a typical truck, and thus I can appreciate the beauty of the good ol’ Chevy El Camino and Ford Ranchero. It’s a car that pretends to be a truck.

But what if you want a car that only has a weeeee little bit of a cargo bed? Oh, and you want it to be electric. And cheap as all get out. Well then you’ll want to head over to Alibaba and check out the odd little four-wheeler I’ve found for this week’s Awesomely Weird Alibaba Electric Vehicle of the Week.

The car appears to be known as the “JST” on its product page, where it is referred to as an SUV.

Unless the S stands for silly, then I’m not sure that classifier is quite correct.

The 3.2 m (10′ 6″) long car looks more like hatchback, except that it doesn’t have a hatch – or really a back either. There’s a cargo bed like a pickup truck, but it’s barely a foot long.

It’s more like an oversized glovebox mounted on the rear of the car, as if the car was designed to carry exactly one bag of dog food and that’s it.

The JST car is as small as it is oddly designed, but that’s what I love about it. It looks more like a Hotwheels fantasy car than a car you can actually buy from China for $7,200.

But let’s not laugh prematurely. Just because the car is weirdly proportioned doesn’t mean it lacks utility.

The cargo bed is short but fully-featured, including an actual tailgate.

The bed is only taller than it is long until you drop down the tailgate. That makes it perfect for carrying longer things, like 2 ft long 2×4’s instead of one footers.

Or you could use it for tailgating the big game if you have very few friends. Perhaps some socially distant tailgating, where everyone gets their own personal tiny car-truck.

I could also see the two-seater JST car as a perfect little grocery getter for a couple, provided they tend not to eat very much.

That means you can ride easy knowing you’re not burning dinosaur oil. In fact, the little 7 kWh battery is as small as that of a light electric motorcycle and could even be charged using solar power, if you were so inclined.

The only problem is trying to stack a pile of solar panels in the rear bed may prove too much for this tiny hauler.

At least it’d have the power to haul them, sort of. The 5 kW (6.7 hp) motor is probably just fine for the 680 kg (1,500 lb) vehicle. Normally I’d worry about overloading the car by overfilling the bed, but the JST comes with a convenient anti-overload feature. There simply isn’t enough space in the bed for anything too heavy.

It also ensures you won’t go too wild at the wheel either, with a top speed of just 60 km/h (37 mph). With a slight downhill and a prayer you might break into the 40’s of mph, but don’t expect to get anywhere too quickly.

That’s fine by me though. With a car that looks this good, I’d rather roll low and slow to give the people what the want: A nice long look at the future of automotive excellence.