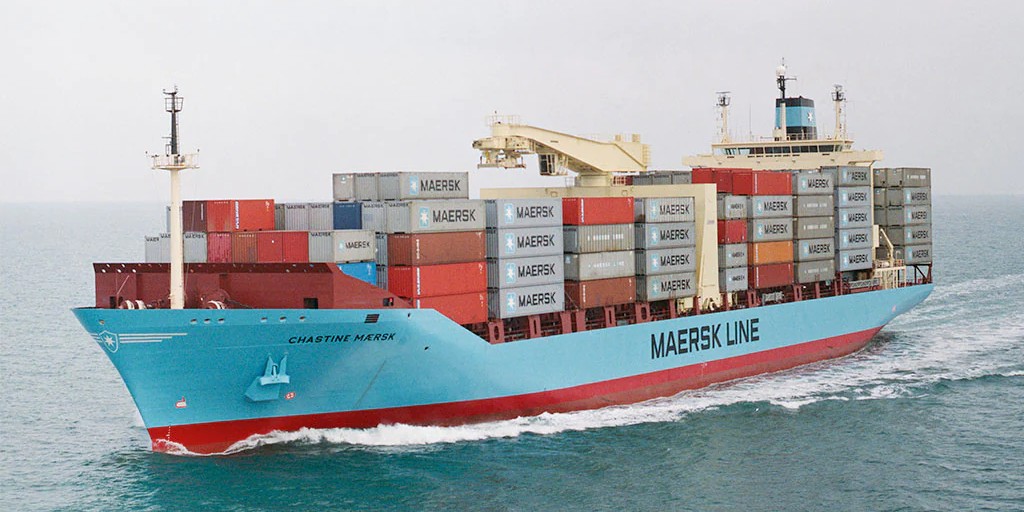 Danish shipping giant Maersk has ordered eight new vessels that can run both on traditional bunker fuel and carbon-neutral methanol. The ships will be able to sail between China and Europe and across the Pacific.

Hyundai Heavy Industries will build the vessels, which will be capable of carrying 16,000 containers each, and will deliver them to Maersk in 2024. Maersk has also included an option for four more vessels in 2025. The new ships will replace older ones, rather than add new capacity, and generate annual emissions savings of around 1 million tonnes.

Some critics argue that green methanol makes little sense because CO2 is first absorbed in production and then emitted again when burnt, instead of sequestering the greenhouse gas.

Maersk said last week that the green methanol for its feeder vessel would come from “biogenic” CO2, which means from natural sources, as well as renewable energy.

…[Henriette Hallberg Thygesen, CEO, fleet and strategic brands at Maersk], said the biggest challenge was to secure enough green methanol for the vessels.

“We need a significant ramp-up in production. We do feel there has been a lot of chicken and egg. So we find by going out with this announcement that we can break this cycle,” she added.

Each ship costs around $175 million, which is about 10-15% more than a traditional fuel-powered ship. However, Maersk, which pledged in 2018 to reach net zero by 2050, has the support of big customers who are also working toward their own net zero goals so are willing to pay to reduce emissions.

Michelle Grose, head of logistics and fulfillment at Unilever, said:

Unilever is committed to accelerating the transition to clean transport solutions, not just in our own operations but along global value chains as we work to achieve net zero emissions by 2039. With logistics and distribution accounting for around 15% of our greenhouse gas emissions footprint, it’s important that we work with partners shifting to lower carbon fuels. We are proud to partner with Maersk as they pioneer carbon neutral transportation on the high seas.

This is a hugely impactful announcement, not only on the shipping industry, but for the whole world. AP Møller – Maersk has been the world’s largest container shipping company since 1996 and ships 1 out of every 5 containers worldwide.

As Electrek previously noted, “90% of the world’s goods are moved by sea. Between 2% and 3% of emissions are generated by shipping.” Where Maersk goes, may other shipping companies follow.