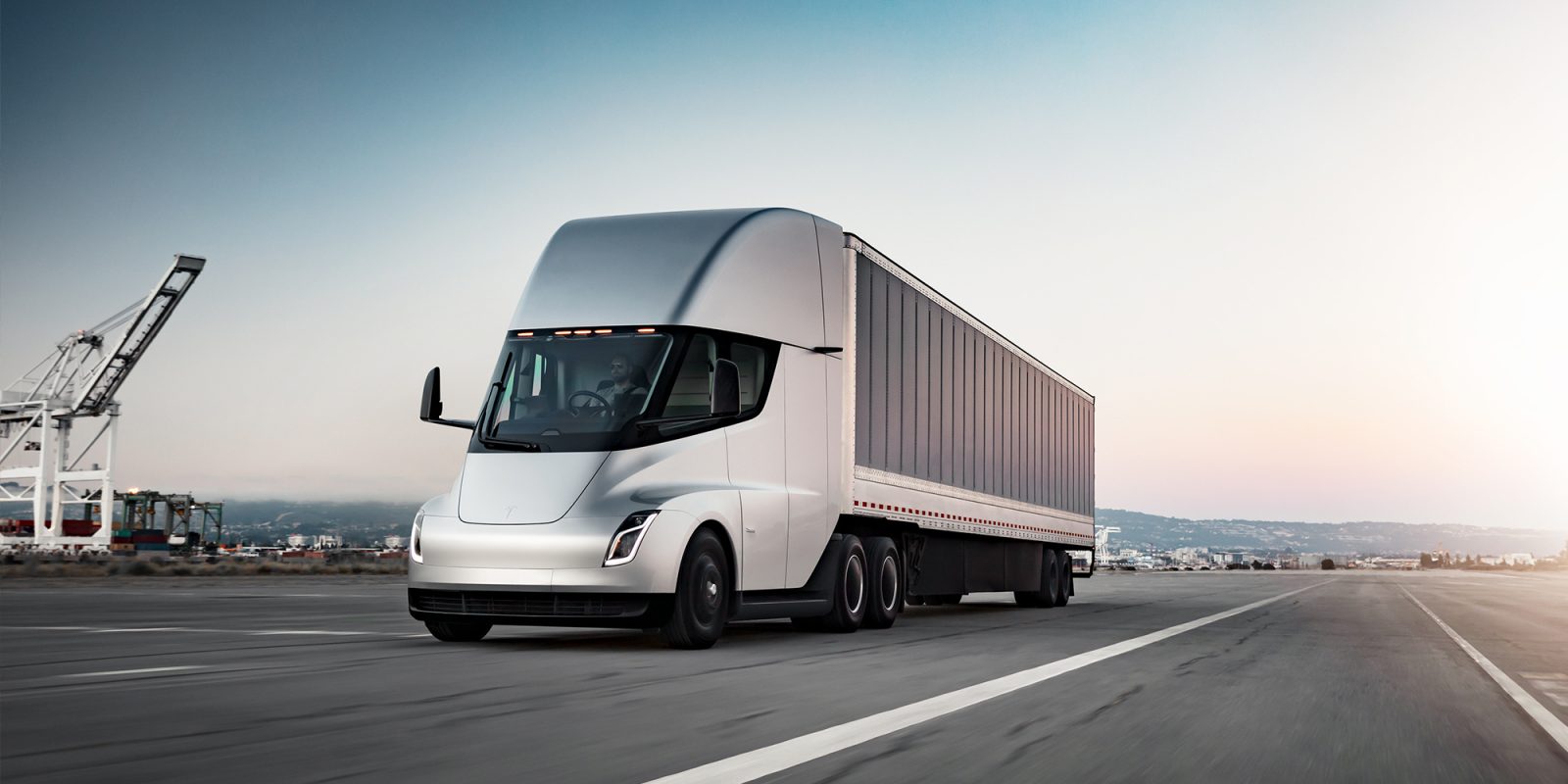 Tesla made a rare comment about the Tesla Semi electric truck’s weight, which is going to be crucial to the success of the electric truck.

The automaker says that Tesla Semi will be able to transport a payload “at least as high as it would be for a diesel truck.”

In the US, class 8 trucks are required to weigh less than 80,000 lbs with their load.

Since the load is what makes trucking money, the weight of the actual truck is extremely important since every pound in tractor weight is a pound that is not being transported for a paying customer.

There have been some concerns that battery-electric trucks would be heavier, and therefore they would be at a disadvantage having to carry lighter loads.

Tesla CEO Elon Musk previously said that Tesla Semi wouldn’t have this issue as he expects that in the worst-case scenario, the Tesla Semi would have to give up less than 1 ton to diesel trucks, which weigh about 17,000 lbs (8.5 tons) on average.

In a rare new comment about the situation as part of its 2020 Impact report, Tesla said that it now expects the Tesla Semi to be able to carry a payload “at least as high as it would be for a diesel truck.”

Interestingly, the company reports a little known fact that electric trucks in the US and Europe have both been approved for slightly higher total load:

With both the U.S. and E.U. having approved higher weight allowances for electric heavy-duty trucks, we expect the payload to be at least as high as it would be for a diesel truck. In the E.U., electric semi trucks are allowed to be 2 tons (~4,400 pounds) heavier than diesel equivalents, and in the U.S. the allowance is 0.9 tons (2,000 pounds). When fully loaded, the Tesla Semi should be able to achieve over 500 miles of range, achieved through aerodynamics and highly efficient motors. This truck will be able to reach an efficiency of over 0.5 miles per kWh.

While a 2,000-lb difference doesn’t sound like much leeway on an 80,000-lb limit, it’s going to give Tesla Semi just enough to compete with diesel trucks.

If Tesla says that they expect to have a payload “at least as high as it would be for a diesel truck,” it would mean that Tesla Semi currently weighs less than 2,000 lbs more than the average diesel truck.

Furthermore, actual real-world data shows that 90% of semi trucks weigh in at less than 73,000 lbs with their loads. Therefore, Tesla Semi should have not problem competing for the majority of these payloads.

Also, Tesla made a rare new comment on Tesla Semi’s efficiency in the impact report.

The automaker now claims “an efficiency of over 0.5 miles per kWh“, which is in line with the “<2 kWh per mile” efficiency announced at the original launch of the electric truck.

Depending on electricity rates, this has the potential to greatly reduce the cost of operation of trucks while slashing emissions from the very polluting trucking sector.

While the automaker has made progress toward bringing the truck to low volume production in Nevada, Tesla recently confirmed that customer deliveries of the Tesla Semi are pushed to next year.