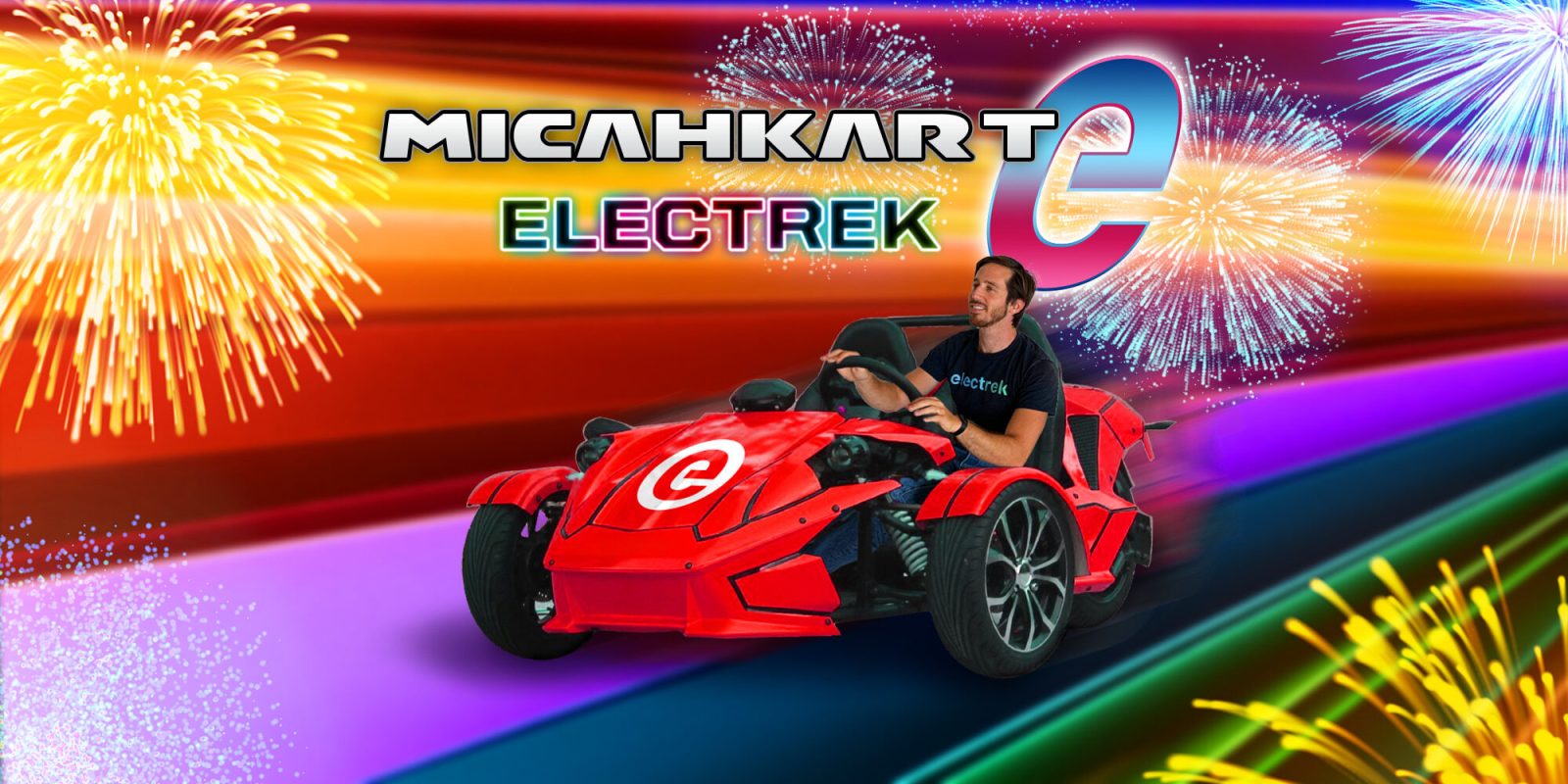 Remember the good ol’ days of staying up all night playing Mario Kart, stuffing Cheetos into your face while red-shellin’ your friends from behind? Well, this awesome little three-wheeled electric vehicle I found from China makes me want to try the real-world adult version, maybe just without the snacks and shells. This oversized Hotwheels car is a surprisingly cheap electric trike that borrows heavily from the Polaris Slingshot-style genre of mid-life crisis mobiles. And it just happens to be a perfect match for this week’s edition of the Awesomely Weird Alibaba Electric Vehicle of the Week series.

First of all, this isn’t some weak little mini-motorcycle, like I’ve found on Alibaba in the past.

That pales in comparison to the 178 hp engine in the real Polaris Slingshot, and it definitely can’t match the Slingshot’s 200 km/h (125 mph) top speed.

But our Chinese version here also costs a lot less than the $20,000 Slingshot. A cool $4,800 can make this grown-up man-child trike yours, though you’ll need to tack on a fairly reasonable $430 for sea shipping.

Plus it’s electric, which is just kind of cool. No gas, no maintenance, no nothing. Just unplug and drive! It seems they offer a 300cc gas version as well, but who wants that?!

Instead of gas, this electric trike gets its power from a massive 72V and 120Ah lithium-ion battery pack.

That’s nearly 9 kWh of capacity — even more than a base model Zero electric motorcycle!

That’s plenty for the three laps of real world Mario Kart racing I want to do in this thing.

Hell, for this price, we should all chip in for a container and run the entire field of racers. Now, we just need to find our own Rainbow Road…

Unfortunately, there’s no way this thing is DOT approved, but the vendor claims it has ECE certification.

That means you Europeans better invite me to join in your shenanigans when these zippy little three-wheeled bad decisions inevitably begin taking over your continent.

While something gives me pause about flying down the road at 120 km/h (75 mph) in a suspiciously cheap open-top trike, I must say that there are some nice features on this thing.

I’d have loved a bit more of a roll bar, but at least they give us double wishbone suspension and Level 2 charging!

I’d have traded slower charging, though, if it meant I could get a roll hoop that ended at the top of my head instead of the top of my shoulders. This trike screams many things, but “sensible stability!” isn’t one of them.

I think I’ll pass on this one

As much fun as this cheap electric trike would be to ride, I’m going to have to pass on this offer.

It’s not that I don’t believe it’s worth it. Trust me, I’m a believer! It’s just that if I buy one more thing from Alibaba, I think my wife is going trade me in for a more reliable model.

If you want to take a risk on something like this, then let the record show that I tried to talk you out of it. I’ve had success buying stuff on Alibaba before, but I don’t recommend it to just anyone. As followers of this series have described, it’s a long and winding process that requires patience, bravery, and the ability to risk several thousand dollars on a whim.

If you go down that road, be prepared to communicate very carefully with sellers to make sure you know exactly what each other expect, but still be prepared for surprises.

If that sounds like too much for you, then stick to passively observing like me. I may not be starting my own adult Mario Kart racing league anytime soon, but that just means I’m ready for the next awesomely weird thing to come down the Alibaba pike.

If you happen to find something cool in your own window shopping, feel free to send me a link! You can find my contact info in my author bio below. And before you go, consider checking out some of my other fun finds. Did you know that a $1,700 electric Jeep or a $1,850 one-wheeled electric motorcycle are just a click and shady bank transfer away!?