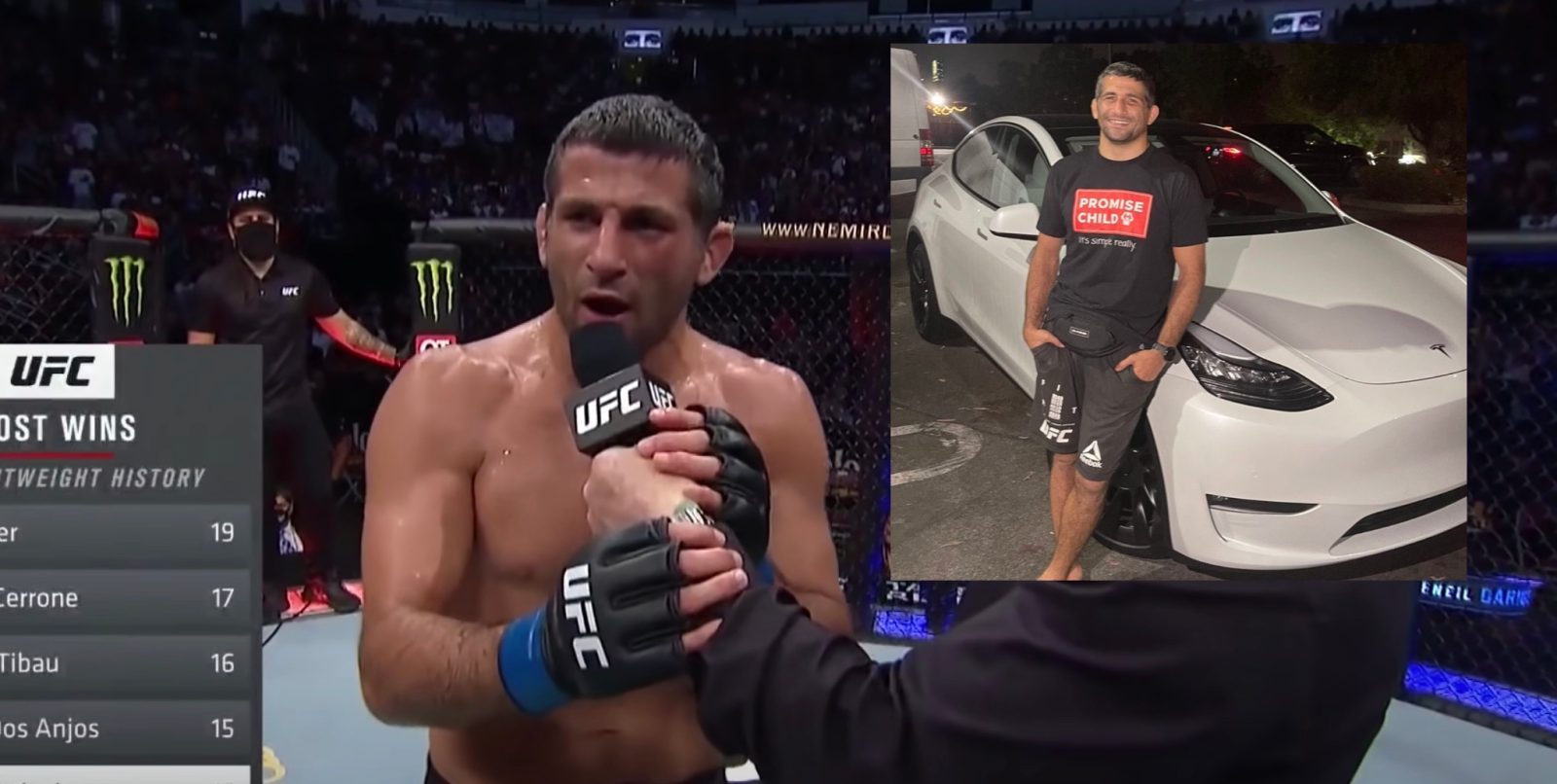 Tesla has reportedly loaned a Model Y for free to UFC fighter Beneil Dariush, according to Dariush’s agent, after the fighter called out Tesla CEO Elon Musk for his delayed Model X order.

The situation is problematic since thousands of people are in the same situation as Dariush, but they are not receiving the same treatment.

Earlier this week, we reported on Dariush publicly calling out Elon Musk over his delayed Model X order after his victory over Tony Ferguson for a top contender spot.

The fighter said that he ordered his Model X in December 2020 and still hasn’t received it.

Tesla introduced a new Model X in January, and the production has been delayed as the automaker tries to bring the new version to market.

Now Ali Abdelaziz, Dariush’s manager, announced on Twitter that the fighter has received a Model Y on loan until the Model X arrives:

Musk had responded to the callout on Twitter by saying that he is sorry and the vehicle will come “soon.”

Tesla’s CEO has attended a few UFC events in the past.

While I’m happy for Beneil, this can be a problematic situation since there are thousands of people in a similar situation.

Tesla, and Musk in particular, have often prided themselves in not giving special treatment to anyone and not giving cars to celebrities for endorsement.

It’s not quite the same scenario here, but it looks like Beneil has received special treatment for having a platform.

Others who placed orders for Model S and Model X over the last six months won’t be getting free Model Y loaners.

To be fair, Beneil gave Tesla some pretty good publicity in the process by shouting out the level of safety in Tesla vehicles as being the reason for buying the vehicle, which is something that the automaker could use these days, with the media highlighting a lot of crashes involving its vehicles recently.

Do you think it’s fair? Let us know in the comments section below.