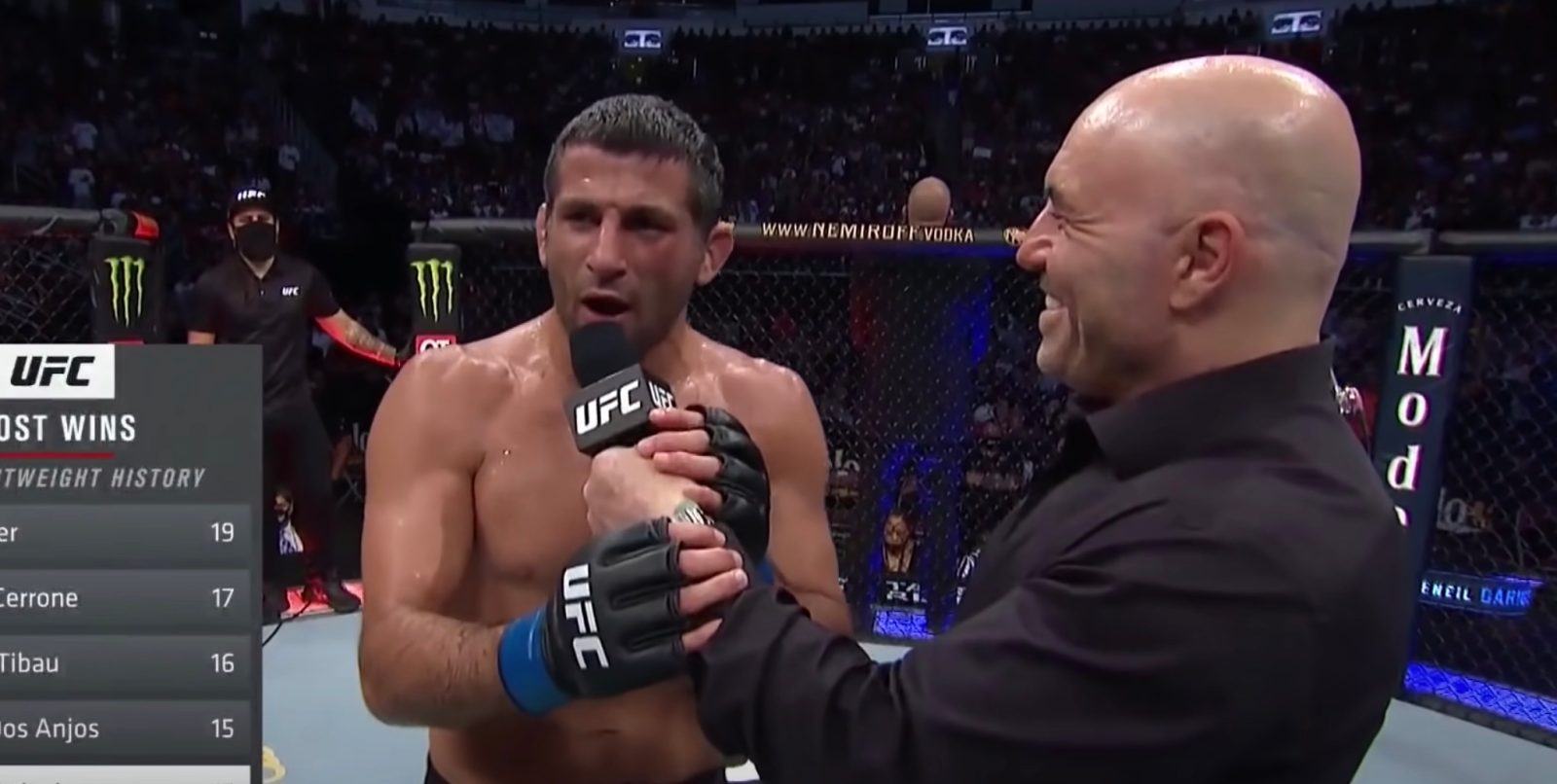 UFC fighter Beneil Dariush surprised many on Saturday night when he decided to call out none other than Elon Musk after his victory.

The fighter wasn’t happy about his delayed Tesla delivery.

For those of you who are not aware, I’m a giant fan of mixed martial arts and it’s not every day my two passions meet and I get to write about it on Electrek.

On Saturday, the UFC held a pay-per-view event to crown a new lightweight champion. Charles Oliveira captured the title with a beautiful second round TKO victory over Michael Chandler, who had an incredible comeback in the first round to almost finish Oliveira.

The co-main event on the card was longtime top lightweight contender Tony Ferguson against rapidly rising contender Beneil Dariush, a Brazilian jiujitsu ace with some impressive knockouts in his highlights.

Dariush end-up dominating Ferguson with his ground game in each of the three rounds to come out with a decision.

It’s not unusual for MMA fighters to call out other fighters in their post-fight interview. It makes the matchmakers’ job easier and can help their progression up the rankings by choosing the right opponent or create more hype for the fight with some rivalry.

However, every now and again, MMA fighters do some WWE-esque callouts that are more colorful.

Dariush also had a callout outside of the UFC’s rosters. The Iran-born American fighter called out Tesla CEO Elon Musk:

He complained that he ordered his Tesla in December and still hasn’t received it.

He didn’t specify which Tesla vehicle he ordered, but it’s likely a Model S or Model X since the new version of those vehicles were introduced in January and it has been delayed since.

Musk ended up apologizing for the delay on Twitter:

At the post-fight press conference, a journalist ended up jokingly telling Dariush that Musk is now sort of his boss since he has taken on a seat on the board of the newly publicly traded Endeavor Group, the UFC’s parent company.

Dariush jokingly backed down from his callout after learning about that for the first time, but he still complained about the extended delay for his vehicle.

The fighter said that the vehicle that he ordered was known to be very safe, which is his top priority for a new car now that his wife is pregnant.

Tesla Model S and Model X have both been achieving the highest safety ratings for a long time, but Dariush should actually be happy about the delay since Musk said that it was about making the vehicles safer.

During Tesla’s Q1 2021 earnings call, Musk said that the delay was due to Tesla making sure that the new battery pack in the updated Model S and Model X is safe.

He also said that Model S deliveries should start in the coming weeks.