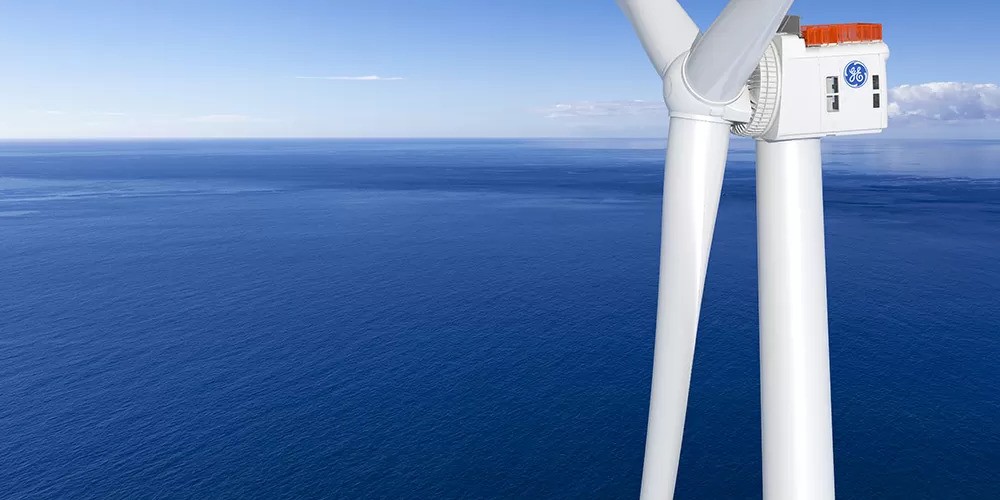 General Electric (GE) is, to state the obvious, a massive global company. It provides power generation, renewable energy, industrial aviation products, and healthcare products and services in more than 170 countries. GE Renewable Energy, which was responsible for 20% of GE’s revenue as of Q4 2020, manufactures the Haliade-X, the most powerful offshore wind turbine in the world.

And yet GE has not yet set a comprehensive plan to achieve net-zero greenhouse gas emissions across its businesses and products by 2050 in alignment with the Paris Agreement.

Last year, GE announced its goal of carbon neutrality by 2030, but only for the company’s direct operations and facilities (Scope 1 and 2 emissions). Shareholders want the company to address its full climate footprint, including indirect emissions from GE’s products (Scope 3), which currently account for a large portion of the company’s total emissions.

So yesterday, 98% of its investors voted for a shareholder resolution [via environmental and social corporate responsibility nonprofit As You Sow] at GE’s annual meeting that asks the company to report on whether and how it plans to do that:

While GE has committed to achieve carbon neutrality for its facilities and operations by 2030 (Scope 1 & 2), it has not reported an ambition to reduce the largest component of its GHG emissions – its scope 3 product emissions – an important gauge of whether and how it is reducing climate risk and capitalizing on low carbon opportunities.

BE IT RESOLVED: Shareholders request the Board of Directors issue a report, at reasonable expense and excluding confidential information, evaluating and disclosing if and how the company has met the criteria of the Net Zero Indicator, or whether it intends to revise its policies to be fully responsive to such Indicator.

Fortunately, GE’s board supported the resolution, and said it will discuss its full plan for emissions reductions in its sustainability report later in 2021.

The UK’s wind farms set a new clean energy record on Monday by generating 48.5% of the country’s electricity system. More than 17.6 gigawatts of electricity was generated by offshore and onshore wind turbines at 3:30 p.m. on the Bank Holiday, according to National Grid ESO.

The previous record for England, Scotland, and Wales of 17.5 gigawatts was set on February 13.

ESO said in a tweet that wind produced 35.2% of the country’s electricity in all:

The fact that wind is generating nearly half the country’s electricity shows how central it has become in our modern energy system.

The UK’s healthy pipeline of wind energy projects set to be built onshore and offshore will help us to reach the Government’s target of net zero emissions as fast as possible.