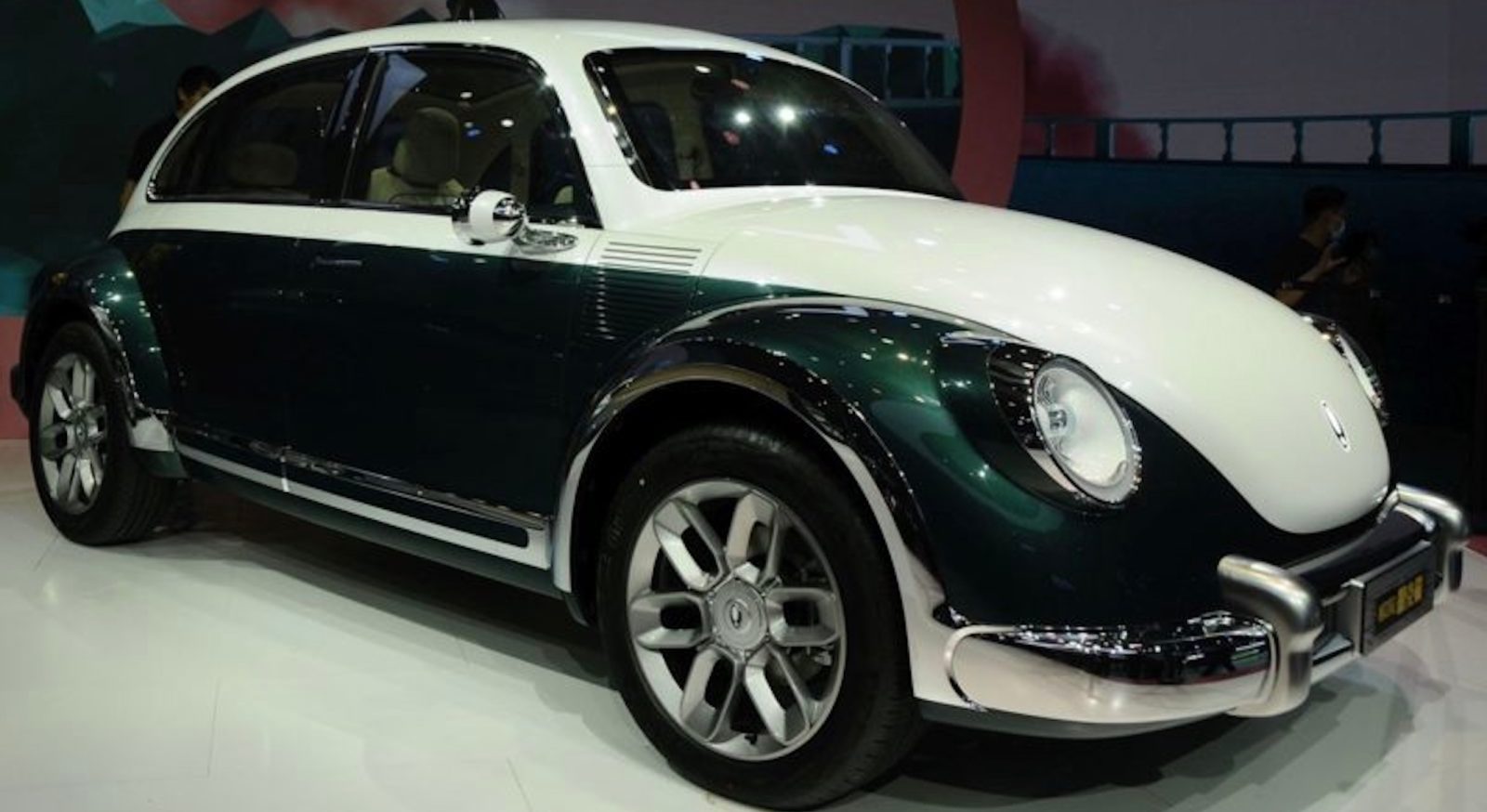 A new electric vehicle unveiled by China’s Great Wall Ora brand this week has attracted the interest of Volkswagen’s legal department for its resemblance to the classic VW Beetle.

Great Wall Motors has a brand called Ora, which is better-known for small electric cars.

At the Shanghai Motor Show, the brand unveiled the Ora Punk Cat.

The vehicle is jumping on the nostalgia train with an exterior that is obviously inspired by the classic VW Beetle.

They went with a four-door design, but the shape and lines are almost identical to the old Beetle.

Here’s a gallery of pictures of the prototype of the Ora Punk Cat unveiled at the Shanghai Motor Show:

They didn’t release the specs, but it is expected to be the same as ORA’s previously released EVs, like the ORA Haomao.

That’s based on the local standard and mileage may vary (greatly).

But the specs are not really what is catching people’s attention, especially not people in Volkswagen’s legal department.

Volkswagen has stopped producing the Beetle in 2019, but they are not taking kindly to the resemblance.

The German automaker told Carscoops that ORA’s Punk Cat is on the radar of their legal department:

“We check this matter with regard to any violations of utility model or design rights of Volkswagen AG and reserve the right to take any necessary legal steps.”

If they want to make a move, they might want to make it quick since Great Wall is planning to bring the Punk Cat to market by the end of this year.

Chinese copycats are not exactly new in the electric vehicle space. We previously reported on a Tesla Semi Chinese clone, and Tesla also had some copying issues with Xpeng.

Volkswagen itself had similar issues with the e-Up being cloned in China.