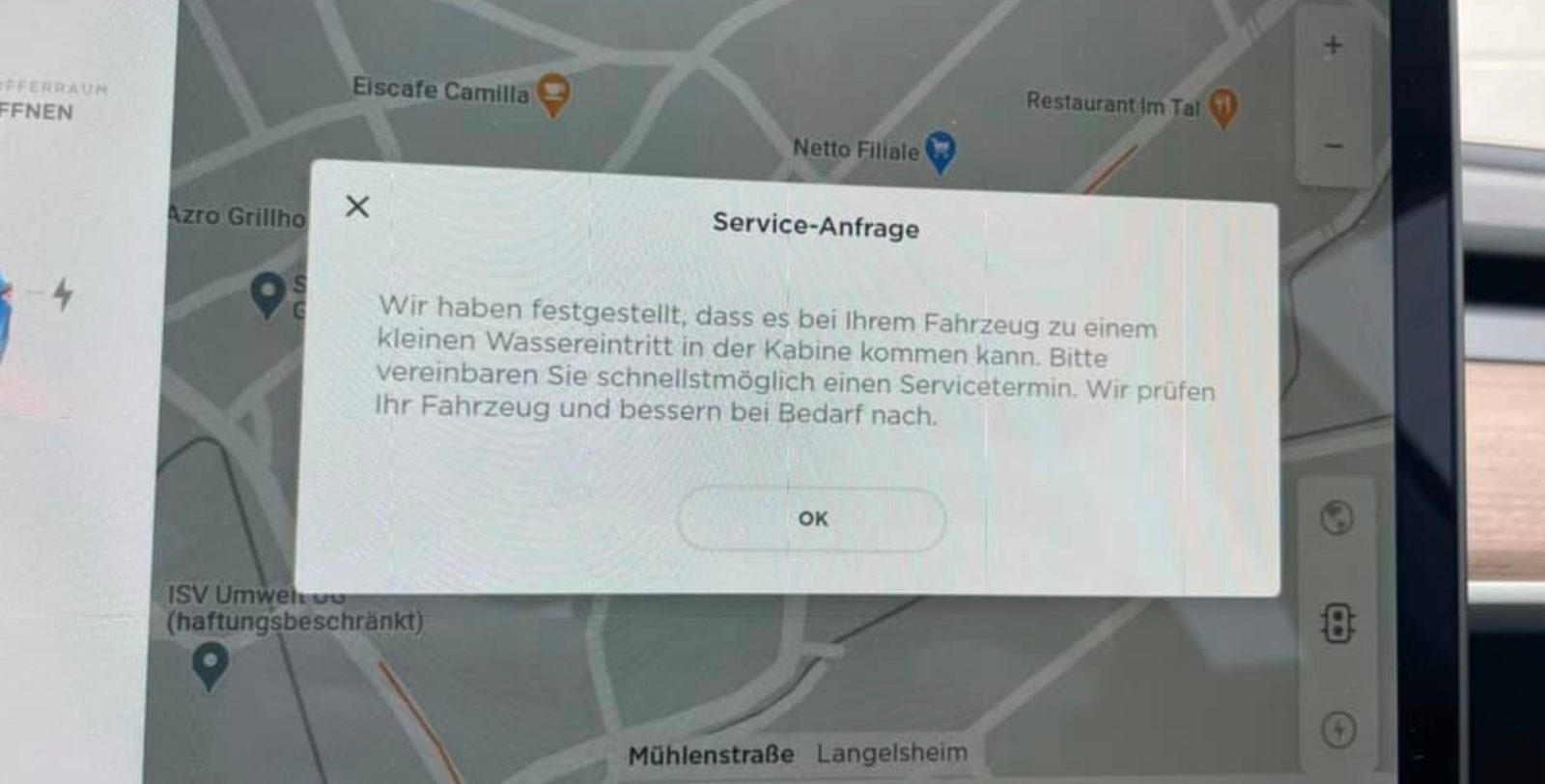 Tesla is now using in-car notification to warn owners of a potential defect inside their vehicles – almost like a new way to do a recall.

All of Tesla’s vehicles are connected to the internet.

That connectivity is used for a variety of features ranging from sending back data for Autopilot to more simple entertainment features like music streaming.

One lesser-known advantage of connectivity is the ability to remote diagnostic some issues.

Whenever you have a problem with your vehicle, the first thing Tesla’s service does is attempt to perform a remote diagnostic.

Even if Tesla is not able to do a diagnostic on the issue with the connectivity, Tesla can use the connectivity to warn owners of potential problems with their cars due to a problem detected in a batch of production vehicles.

Several Tesla owners in Germany are reporting having received an in-car notification on their screen saying that they need to bring their car to service:

The problem appears to be related to the seals on a batch of Model 3 vehicles with VIN between ~910,000 to 917,000 that can result in water getting into the cabin.

When detecting a non-safety-related issue on a batch of vehicles, Tesla would instead send emails to potentially affected owners.

Now it looks like the automaker is also using in-car notifications to warn owners of potential issues.

For potential issues related to safety, Tesla still has to abide by the local laws and go through the regular channels.

In a not-so-distant self-driving future, I can see your Tesla sending you a message asking if you need your car for a certain window of time, and if you don’t, it will drive by itself to the service center to get an issue fixed.

Of course, for safety-related issues, you have to be more careful, but for everything else, this level of connectivity plus full self-driving will make the service experience a lot better.