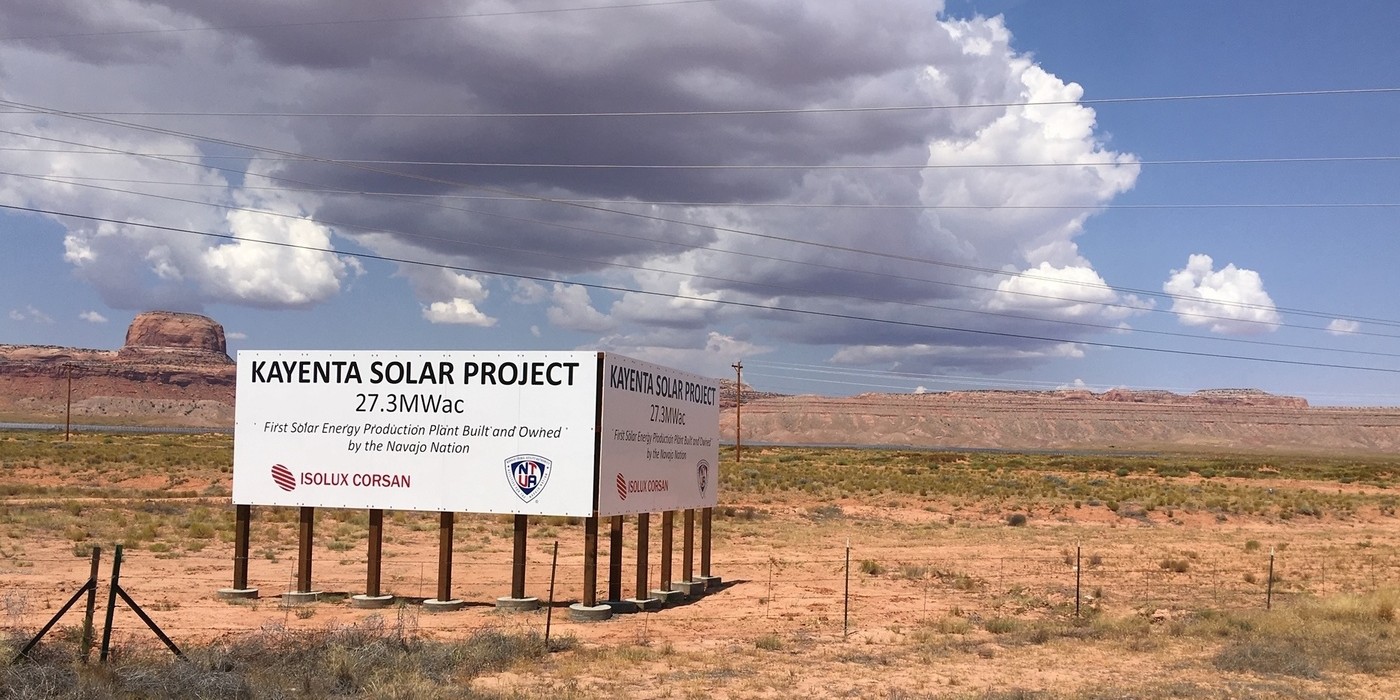 The Navajo Nation has finalized leases for the Cameron solar farm and the Red Mesa Tapaha Solar Generation Plant.

The 200 MW Cameron, which is near the east entrance of Grand Canyon National Park, will generate energy for the Salt River Project, one of Arizona’s largest utilities. It will employ around 400 people during construction and create $109 million in revenue over the next three decades.

The 70 MW Red Mesa Tapaha Solar Generation Plant will produce energy for the Utah Associated Municipal Power Systems and create create $7 million in lease payments over its lifetime. It will create around 300 construction jobs.

As Electrek reported in November 2019, the 2,400-MW Navajo Generating Station — the largest coal plant west of the Mississippi River — was shut down, along with the affiliated Kayenta coal mine. The coal plant’s smokestacks were blown up in December 2020 – you can see a video of the demolition here. The tribe currently owns two other solar farms near Kayenta, which were the first (pictured above).

Our communities were once heavily dependent on fossil energy, but now we are seeing change.

Some of that money will go toward connecting more Navajo families to the grid and lowering energy prices. As Grist wrote in March, the Navajo Nation generates a lot of power, yet 14,000 households out of a total of around 55,000 don’t actually have electricity.

The Navajo Nation covers around 17.5 million acres across northeastern Arizona, southeastern Utah, and northwestern New Mexico. It’s the largest land area retained by Native Americans in the US.

US president Joe Biden’s $2 trillion infrastructure plan earmarks $16 billion for cleaning up abandoned – known as orphaned – oil wells and mines. This is, as a whole, a win-win: It creates jobs and cleans up methane leaking into the air and oil seeping into the ground.

According to the Interstate Oil & Gas Compact Commission, there are 56,600 documented “orphan” wells in the US, and possibly around 746,000 more undocumented orphan wells. Some of these date back to the late 19th century when wells were unregulated, and Pennsylvania has the most by far.

Most states require companies to post bonds to plug their wells if they go bankrupt. But the problem is that the allotted money often falls short, and the states end up paying. There is concern that Biden’s plan leaves the federal government to foot the bill, when the fossil fuel industry ought to clean up its own mess with larger amounts of money to fund capping.

If you need to if you need to get the water out of the bathtub, one of the first things you have to do is shut off the faucet.

Are they going to be providing [funds] to states that are trying to address this problem going forward? Or is it just going to go willy-nilly to anybody for jobs?

And Clark Williams-Derry, an analyst at the Institute for Energy Economics and Financial Analysis, said:

The worry is that the oil and gas industry is going to take this and say: ‘We don’t really have to clean up our act because if we don’t, we know the federal government is going to step in’.

Electrek’s Take: Biden’s plan should include a road map for ensuring that negligence doesn’t happen in the future. In other words, clean up, but keep the gas and oil industry on the hook. Fossil fuel companies should be responsible for cleaning up their messes to the greatest extent possible. In the meantime, the owners of those undocumented century-old wells are long dead, so the Biden administration is wise to put people to work to cap them.