EGEB: A 24-year-old Dutch wind farm is being decommissioned. Here’s what’s next 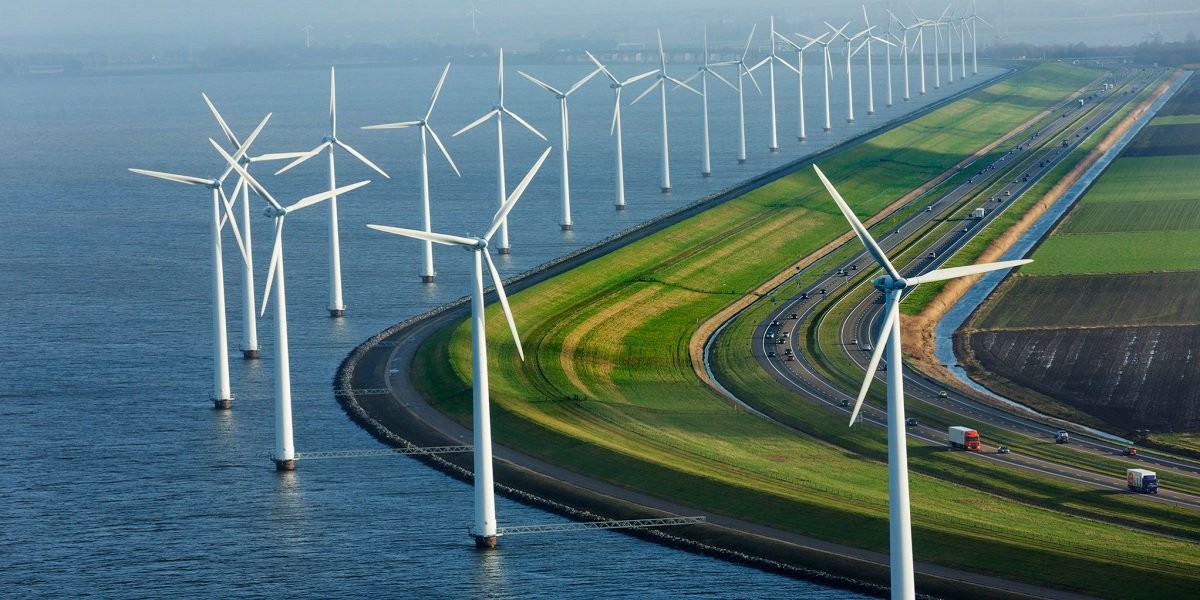 The 16.8 MW project (pictured above) features 28 Nordtank NTK600/43 wind turbines that stand in a long row, close to the shore of Lake IJsselmeer, in an average water depth of 16 feet (5 meters). The site is owned and operated by Swedish power company Vattenfall.

The site will be be repowered as part of the Windplanblauw project, which is being jointly developed by Vattenfall and wind cooperative SwifterwinT. Windplanblauw is expected to be online from 2023 and capable of powering around 400,000 households.

Where do wind turbines go when they die? Technically, wind turbines are 85-90% recyclable, but their blades are currently challenging to break down. Further, blade recycling efforts have been hampered by a failure to match recovered materials to supply chain needs and end products The Energy Transition Alliance just released a UK-focused report, “Sustainable Decommissioning: Wind Turbine Blade Recycling,” and also made a short, informative video about a number of creative future options for recycling wind turbines:

The US Securities and Exchange Commission (SEC) has upheld As You Sow’s shareholder proposal asking Chevron for clear and transparent accounting of how a net-zero greenhouse gas by 2050 scenario will affect its operations and performance.

As You Sow is a nonprofit organization that promotes environmental and social corporate responsibility through shareholder advocacy, coalition building, and innovative legal strategies.

The proposal requests that Chevron issue an audited report to shareholders on whether and how the significant reduction in fossil fuel demand in the IEA Net Zero 2050 scenario will affect the company’s financial position going forward.

Chevron fought the proposal at the SEC, arguing that its third Climate Change Resilience Report, issued this year, meets the request, but it was ultimately unsuccessful.

Danielle Fugere, president of As You Sow, said:

We agree with the SEC that Chevron has not yet addressed the critical issue of whether and how a significant reduction in fossil fuel demand from the world’s transition to net zero emissions by 2050 will affect its future financial position and the value of its assets.

It is critical that the company disclose the expected climate-related impacts on its operations and performance, especially those which put the company and investors at risk. We look forward to Chevron providing the requested material information.

BP, Shell, and Total have taken dramatic write-downs based on changes in financial estimates when aligning their operations with a net-zero scenario.