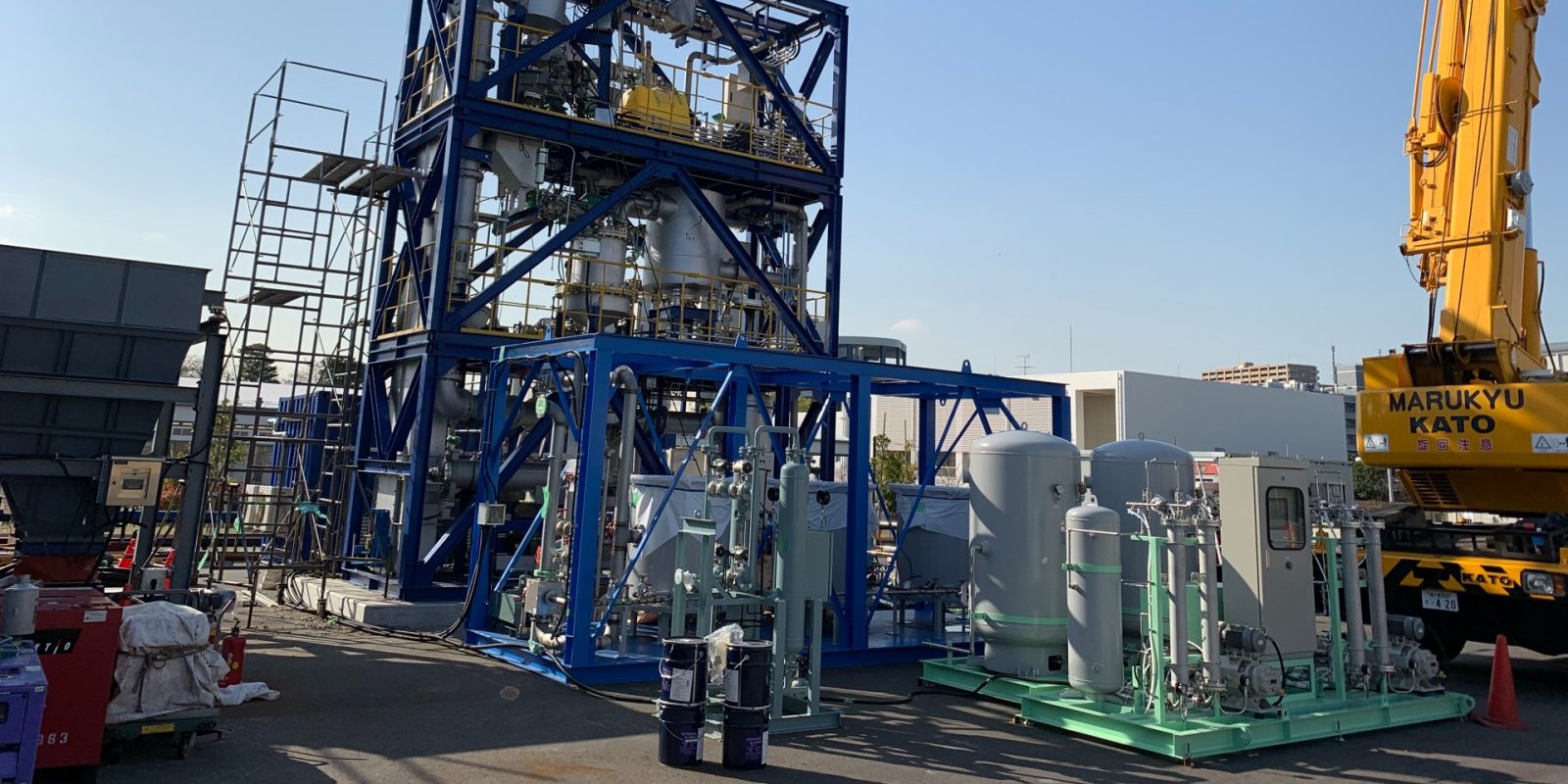 A waste-to-hydrogen facility at the Sunamachi Water Reclamation Center near Tokyo Bay in Japan, which Electrek covered in October 2020, has now been completed as planned. It will process 1 ton of dried sewage sludge per day to generate 40 to 50 kilograms of hydrogen per day. That’s enough to fuel 10 passenger vehicles or 25 fuel-cell e-bikes.

In addition to wastewater sewage, plastic, paper, municipal solid waste, and other refuse will be heated to a high temperature and converted into a gas, from which pure hydrogen is extracted. The facility is carbon-neutral and generates its own fuel in a closed-loop process.

The project is a collaboration between Japan Blue Energy Co. (JBEC), TODA Corporation, the Tokyo Metropolitan Government, TOKYU Construction, CHIYODA Kenko, and researchers at the Tokyo University of Science. The technology was developed by JBEC and is commercialized worldwide by Ways2H.

With 95% of the world’s hydrogen produced from natural gas and coal, Ways2H and JBEC are working to supply clean hydrogen to replace fossil fuels for mobility and power generation.

Because our waste feedstock is majority renewable, the carbon dioxide that comes out of our system is short-cycle and does not contribute to increasing greenhouse gases in the atmosphere. Waste-to-hydrogen can actually be better than green hydrogen, which is carbon neutral at best. If we connect our solution to a carbon sequestration solution, the whole system becomes carbon negative.

We strongly believe the future of transportation comes through several pathways so that we can transition away from gasoline and diesel. We will definitely have a mix of battery-electric and hydrogen fuel-cell vehicles. Hydrogen will play a major role in transportation.

President Joe Biden has invited 40 world leaders to a virtual Leaders Summit on Climate on April 22 and 23. The start of the summit coincides with Earth Day.

It will be live-streamed for public viewing. By that time, the US will announce a 2030 emissions target as its new Nationally Determined Contribution under the Paris Agreement, and Biden urged other countries to do the same.

The Leaders Summit on Climate will “underscore the urgency and economic benefits of stronger climate action.”

According to the White House website, key themes of the Summit will include: