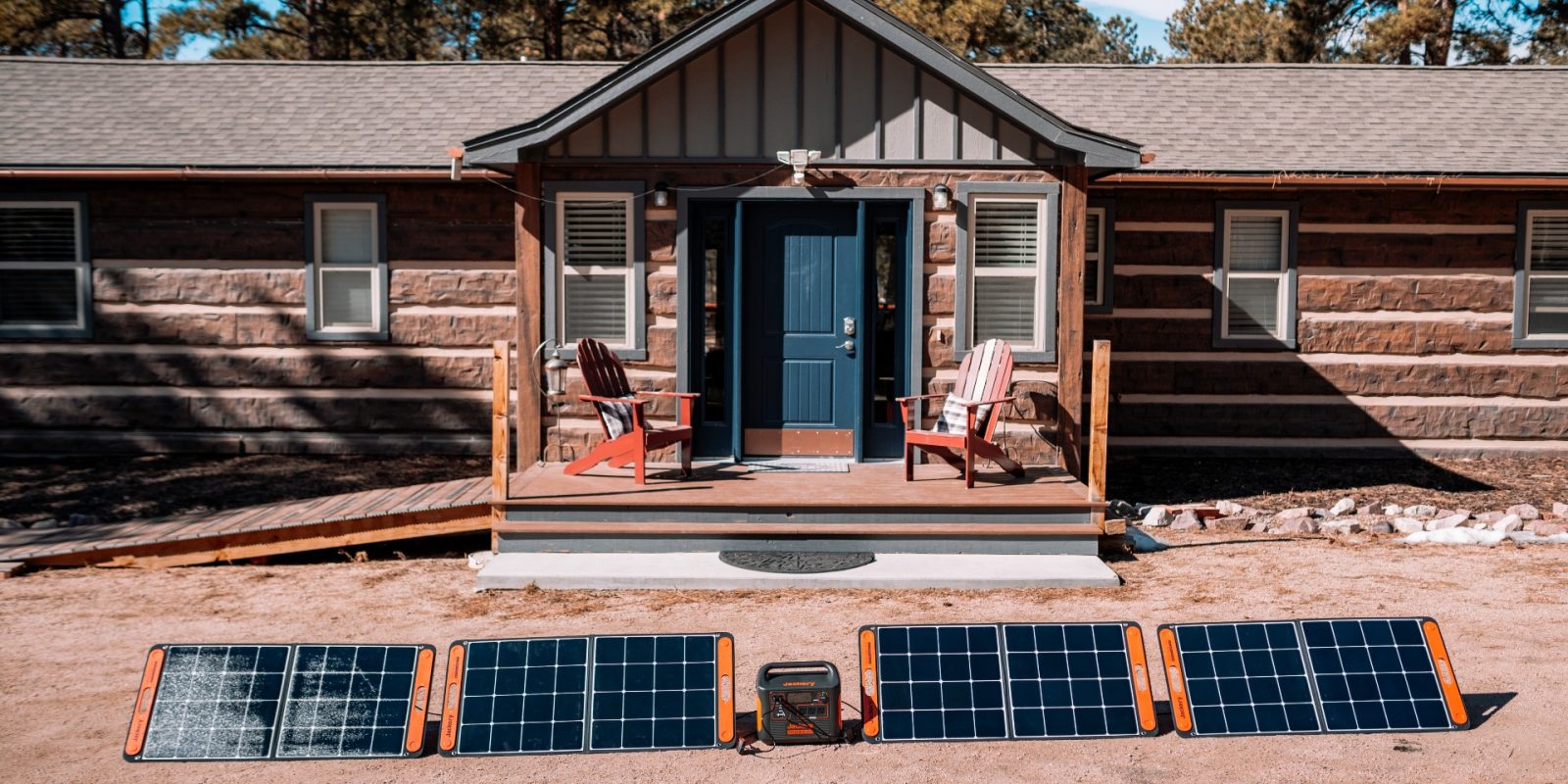 California-headquartered green power solutions company Jackery is officially releasing the Explorer 1500 on April 5 – its largest solar generator yet. The company asked Electrek if we’d like to try it out, so Jackery sent me a review unit, and I happily put it to the test. Here’s what I found.

California-headquartered Jackery was started by a former Apple battery engineer in Silicon Valley in 2012. It debuted “the world’s first lithium portable power station” in 2015 and released the SolarSaga series solar panels in 2018. And in 2020, it launched the solar generator.

Jackery’s Explorer series is named that for a reason: The company designed the solar generator systems for outdoor living, or, as their website says, “made for off-grid.” As in, go out into the wilderness, have fun, charge your laptop and phone and mini fridge, and make hearty stew in a slow cooker.

Why I wanted to test the Jackery Explorer 1500

I was keen to test the Explorer 1500 and the four SolarSaga 100W solar panels for three reasons:

So rather than viewing this system as something useful to take camping off-grid in a van or RV, I see the Explorer 1500 plus solar panels as a useful tool (AKA stress reliever) for power backup when the grid goes down as a result of violent weather, to include tornadoes and tropical storms. And it does go down.

2020 was a record-breaking hurricane season, California saw a huge number of blackouts due to wildfires, and of course, Texas just experienced blackouts due to their big freeze. So while Jackery’s photos show people out having fun – and why not, because who wants to promote their product with a photo of a distressed person in front of a house with no roof? – I tested this while wearing my “crisis management hat.”

The 1500 isn’t messing around: it has an 1800W AC (3600W surge) inverter so you can run power-consuming equipment like power tools, medical equipment, and full-size refrigerators without worrying.

The solar panels are shipped via FedEx in individual flat rectangular cardboard boxes, and the Explorer comes in its own box. Packaging was not excessive, and all equipment was easy to unpack. The solar panels fold in half and look kind of like artists’ portfolios:

I’ve included the setup video that shows users how to connect the solar panels to the Explorer 1000 using the solar power cables because the setup for the 1000 is virtually the same as the 1500, but with slightly different connectors. It’s super intuitive and easy; I didn’t need to read directions (but those are on the back of the boxes above for reference).

Then I opened each panel flat, and each panel features kickstands on the back that are held flat with velcro. Just pull them apart, and the solar panels stand at an angle to catch full sun (but if it’s windy, it might be safer to just lay them flat). Here’s what my completed setup looked like:

With two 100W solar panels, you can theoretically charge up the Explorer 1500 in about 9.5 hours. I used four solar panels, which showed a peak input of 275W but fluctuated constantly. (With just two panels, it registered a peak input of 125W.) The generator started at 65% charge. In two hours, it reached 99% charge, so that’s pretty consistent with Jackery’s recharge time estimate. My weather conditions were 81F and a sunny, cloudless sky.

Being that most people don’t get 9.5 straight hours of direct sunlight, having four solar panels is definitely an advantage to speed up the charge time. And of course, weather conditions will also greatly affect how efficient your solar panels are.

Once it was charged to 99%, it was time to try it out. As the photo above shows, the screen is easy to read, and everything is clearly marked on the unit. And if you are curious about your own appliances, take its capacity of 1488 and divide the watt rating of what you’re running into it to get a good run time estimate. Here’s what happened with my various appliances:

And just a thought for anyone who loses power in cold weather: Electric blankets set on medium heat are 35 watts and around 70 watts on high. That would be a good way to keep warm safely at night if you can’t sleep in an electric car in your garage. (And of course, one’s own bed is much better than a car.)

This is a fantastic piece of equipment to have on hand in case of a power emergency. I would find this to be a huge comfort – losing power wouldn’t be so stressful. It’s practical, it’s useful, and it works. (When Tropical Storm Eta came through last year, I studied the online grid map with dread. Our half of the neighborhood got lucky. The other side was out for two days.)

Gas-powered generators kill around 60 people a year due to carbon monoxide poisoning, so they must never be brought indoors. Plus, they’re extremely noisy – they annoy your neighbors. But with the Explorer 1500 and solar panels, there are no emissions, so you can grab the generator, lunchbox style, by the handle and move it around the house. It’s clean energy, so if all the gas stations are without power, it doesn’t matter, as you’ve got natural light to re-power your generator. Just remember to charge it to 100% using a regular power outlet before the storm arrives. Plus, Jackery recommends you charge it every three months anyway.

The downside? At 33 pounds, this is a little heavy. (Well, for me it is.) My husband’s take on the weight is that “it’s solid and better round the home. It’d be fine camping in a vehicle.” So he and I are in agreement: It’s fine to move around your house, but you would need to have a vehicle to transport it if you were going off-grid. The solar panels, however, are lightweight and easy to carry. I could carry one in each hand, suitcase-style.

Wirecutter ranked the Jackery Explorer 1000 second in the Best Portable Power Station for 2021 category, behind the EcoFlow Delta, which has a rated max output of 1,800 W. (EcoFlow Delta weighs around the same and has two handles so two people can carry it.)

The Explorer 1500 costs $1,599, but Jackery is offering it at an early bird price of $1,449 from April 5-12. It will be sold on Jackery’s website and on Amazon from April 5. One Jackery SolarSaga 100W Solar Panel costs $299.99 and can be bought either direct from Jackery or on Amazon. Jackery offers free shipping.