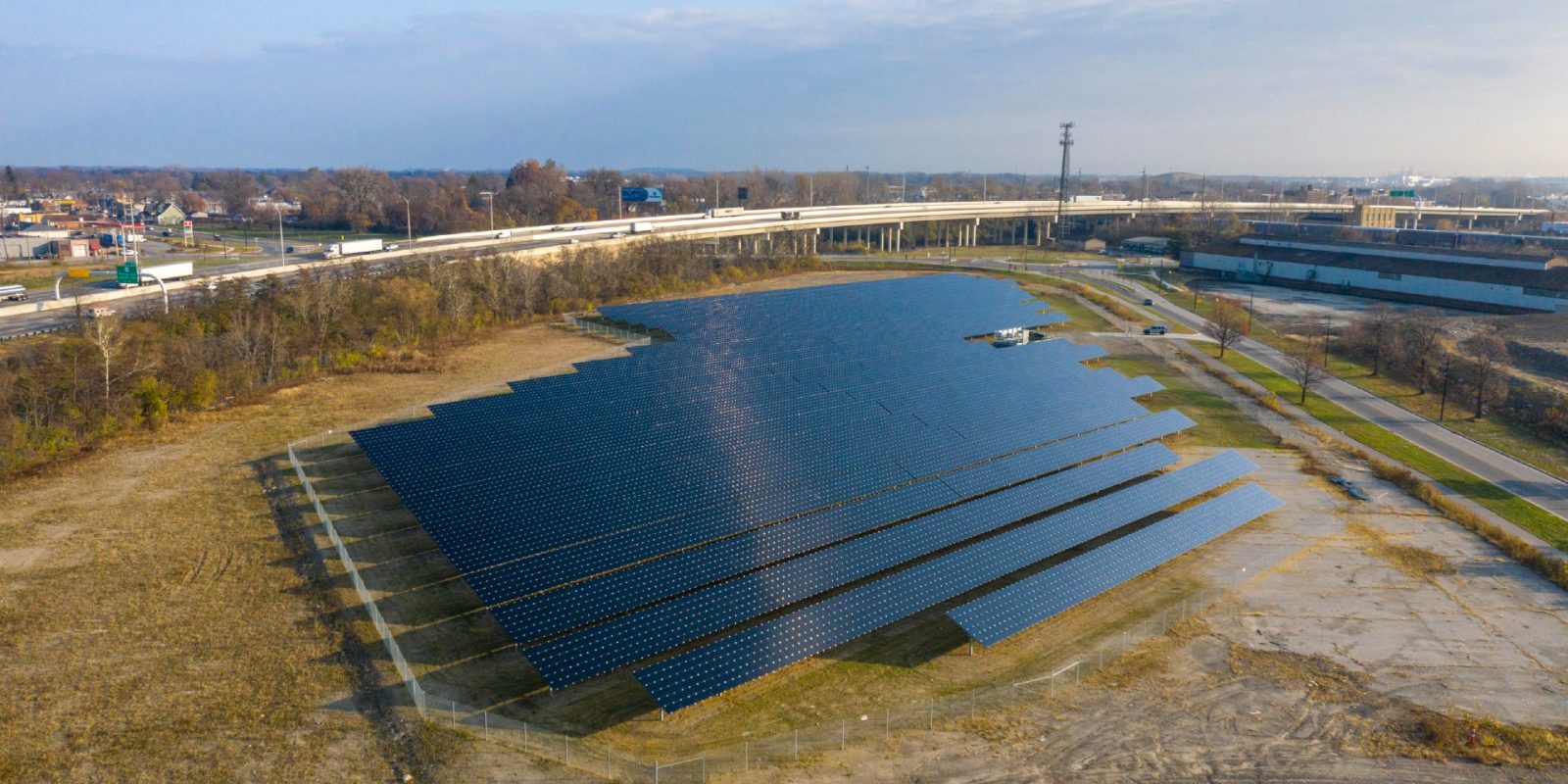 The solar farm is owned by the Greater Toledo Community Foundation, which says the solar farm “connects renewable energy and neighborhood reinvestment.” It was developed across two sites – north and south – in the Overland Industrial Park, which was once home to a Jeep plant that closed in 2006.

Revenue from the sale of electricity will be invested in the Solar Toledo Neighborhood Foundation of the Greater Toledo Community Foundation, and grants will be awarded to local nonprofit organizations to focus on development of the neighborhoods surrounding Overland Industrial Park.

The solar array is expected to generate more than $300,000 annually. The funds are projected to be available at the end of 2021 for distribution to local nonprofit organizations working to better the neighborhoods surrounding the Overland Industrial Park. Grant amounts will be determined by the amount of energy Dana uses on an annual basis, less any operating expenses for the solar array, such as insurance and ongoing maintenance.

Projects like Overland, which involve numerous partners with significant ties to the community, demonstrate how success can be achieved through broad-based collaboration.

Wind energy at the Port of Zeebrugge

It will deliver about 110 gigawatt-hours of electricity annually. reNews.biz reports:

The local energy production is used, among other things, for 308 electric charging points that were also installed by Engie in 2019.

The electric charging island, with a total capacity of 3.4MW, can charge more than 20,000 electric vehicles per week with green electricity.

Engie said the wind farm will also provide shore power for ships moored at the quay.

The automotive sector is facing the most radical change in its history. Sustainability will thus become the norm and electrification will be further implemented in all car brands. As an important player in the sector, we therefore want to be ready for the future and respond to this by placing this onshore wind farm.