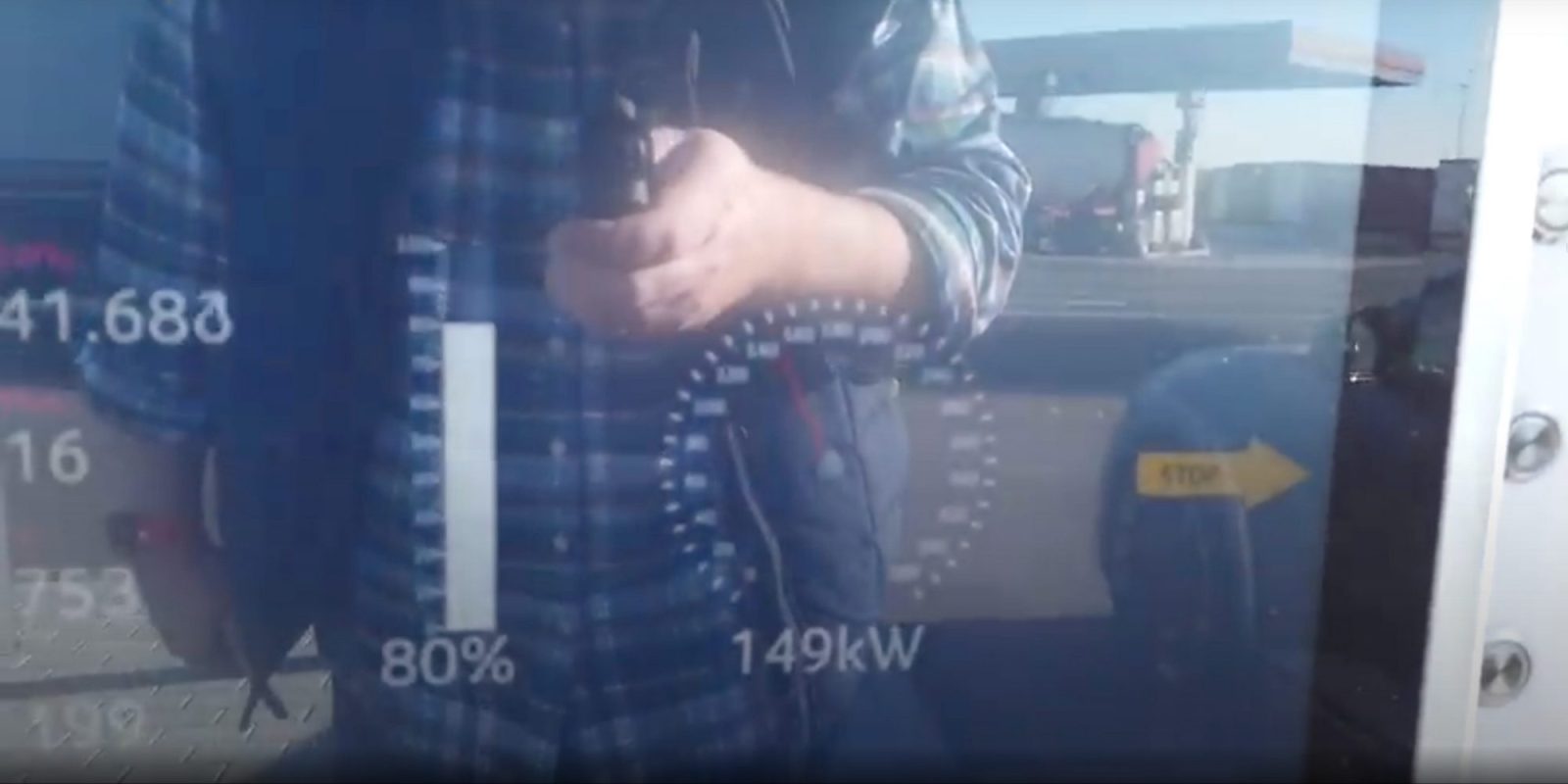 The upcoming Hyundai IONIQ 5 was spotted charging at an IONITY station by a German YouTuber, and it looks like the car could be the new champion of charging speed.

The video was taken at a combination IONITY and Tesla Supercharger station in Lutterberg in central Germany, about halfway between Hanover and Frankfurt.

The video clearly shows the IONITY charging screen readout, and we can glean some significant insights from what we see there.

The readout shows that the car has been charging for 16 minutes, but that’s long enough to have put 42kWh worth of energy into the battery. That’s an impressive average 157kW charge rate over the course of those 16 minutes. In real terms, this gives us a rate of about 10 miles of range added every minute.

The YouTuber, whose channel is named “Generation – E,” also spoke to the engineers who were driving the vehicle, who said they’ve seen it reach a peak of 220kW. The 220kW rate is not shown in the video.

Hyundai claims the IONIQ 5 is capable of charging from 5-80% in 18 minutes on a 350kW charger. This is partially due to its 800 volt charging capability, which facilitates higher charge rates than typical 400 volt chargers.

In this video we don’t see anywhere near 350kW, nor did the engineers claim they’ve seen it. We don’t know if this is a limitation on Hyundai’s side, since this is a pre-production vehicle, or if it’s due to a limitation of the IONITY charger the car was connected to. Most public DC chargers these days are not capable of delivering 350kW of power anyway, though IONITY is installing more and more of them.

But more importantly, the IONIQ 5 seems to maintain a high charge rate even as the battery fills up. Generally, electric vehicles will taper their charge rates at high states of charge because high charge rates put undue stress on a full battery, which could lead to damage. This is why most EVs are advertised on how quickly they can charge to 80%, rather than 100%.

When the video begins, the IONIQ 5 is still charging at 149kW, even though the car is already at 80% charge. This means the car started at about 22% state of charge on its 72.6kWh battery, and with an average charge rate of 157kW over the course of that range, it means the charge rate has barely tapered at all.

The rate does drop down to 3kW for a moment when the car hits 80% as shown in the video, but the YouTuber says that this was only a momentary drop and the rate picked back up, resulting in the car still charging at 45kW at 96% state of charge.

Even if the IONIQ 5 doesn’t reach 350kW, the fact that it is capable of charging at the high rates demonstrated in the video for an extended period of time is impressive. The Hyundai Kona EV, for example, is capped at 75kW, and that’s a peak rate, not an average or tapered rate.

But if it can reach above 220kW on release, then between the IONIQ 5’s high charge rate and likely high efficiency (if the original IONIQ is any indication), we could have a new charge-speed champion on our hands. Other cars have gone to 800 volt charging, but the Porsche Taycan, for example, suffers from low driving efficiency, which means that the amount of miles added to the battery over a particular period of time is lower than it could be (though it still charges faster than efficiency-king Model 3 in real world tests). If Hyundai can pull off such high charge rates with the IONIQ 5 and also keep the car efficient, drivers will only need to stop for about 15-20 minutes every three to four hours (~240 miles) of driving – which isn’t even enough time for lunch and a bathroom break, honestly.