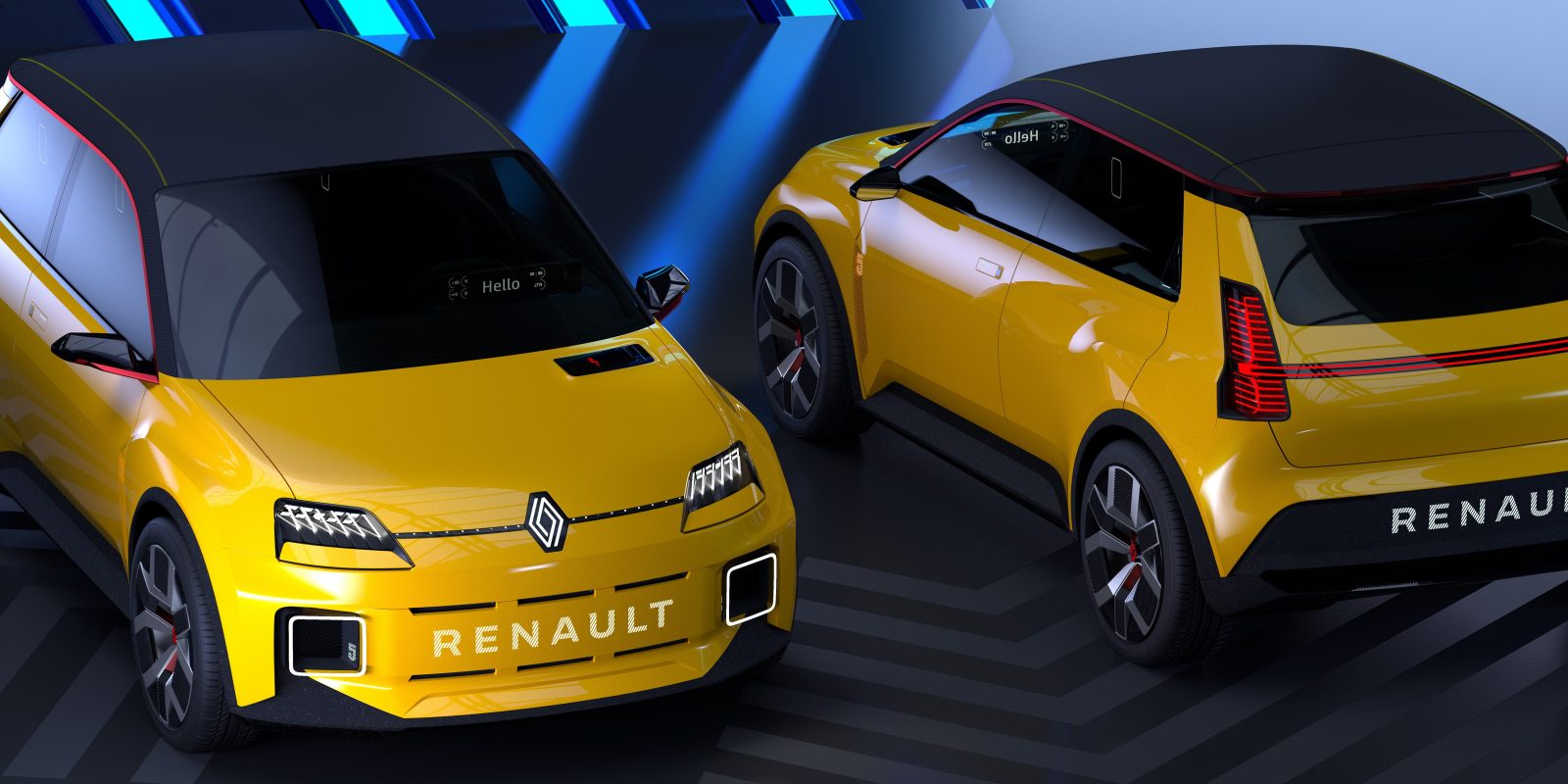 French automaker Renault announced its plan for the next 5 years and it includes 7 new electric cars to hit the market.

One of them should be based on this new Renault 5 electric prototype.

Renault is a leader in electrification in Europe thanks to its very popular Zoe electric car.

However, they need to add new electric models to their lineup as the competition is lining up new entries.

Today, the French automaker unveiled its plan for the next four years called ‘Renaulution’ and it involves 7 new all-electric vehicles:

“By 2025, Renault will launch 14 core vehicles. 7 will be full-electric, 7 will be in the C/D segment. All of our new models will have an electric or hybrid version.”

The company is announcing the plan as “a transition to an energy brand.”

“At Renault, we embrace the waves of disruption and create our own ‘Nouvelle Vague’. It’s about bringing modernity to the automotive industry. We’ll move to an energy brand, strengthening our EV leadership with the Electro Pole project and investing in Hydrogen, aiming at achieving the greenest mix in Europe by 2025. We’ll also be a tech brand, through in-house innovation and through the Software République, an open ecosystem dedicated to develop a European expertise in key fields such as data or cybersecurity. This will give us a competitive edge as a service brand, with high-tech connected services, onboard & offboard. And this vision of modernity, we anchor it in France. Because as a brand, we know our soul and our strength lie in our origins.”

The company also mentioned becoming more of a ‘tech brand’ instead of an automaker as part of the transition.

Along with the announcement, Renault unveiled a new electric prototype called the Renault 5.

The electric car is based on the classic Renault R5, but it features a modern twist:

The automaker didn’t release any spec for the vehicle and instead focused on the design.

“The design of the Renault 5 Prototype is based on the R5, cult model of our heritage. This prototype simply embodies modernity, a vehicle relevant to its time: urban, electric, attractive.”

“The new R5 is the Nouvelle Vague: it’s strongly connected to its history, and yet it’s the future, making electric cars popular.”

For now, a timeline hasn’t been shared to release a production version of the new concept electric vehicle.