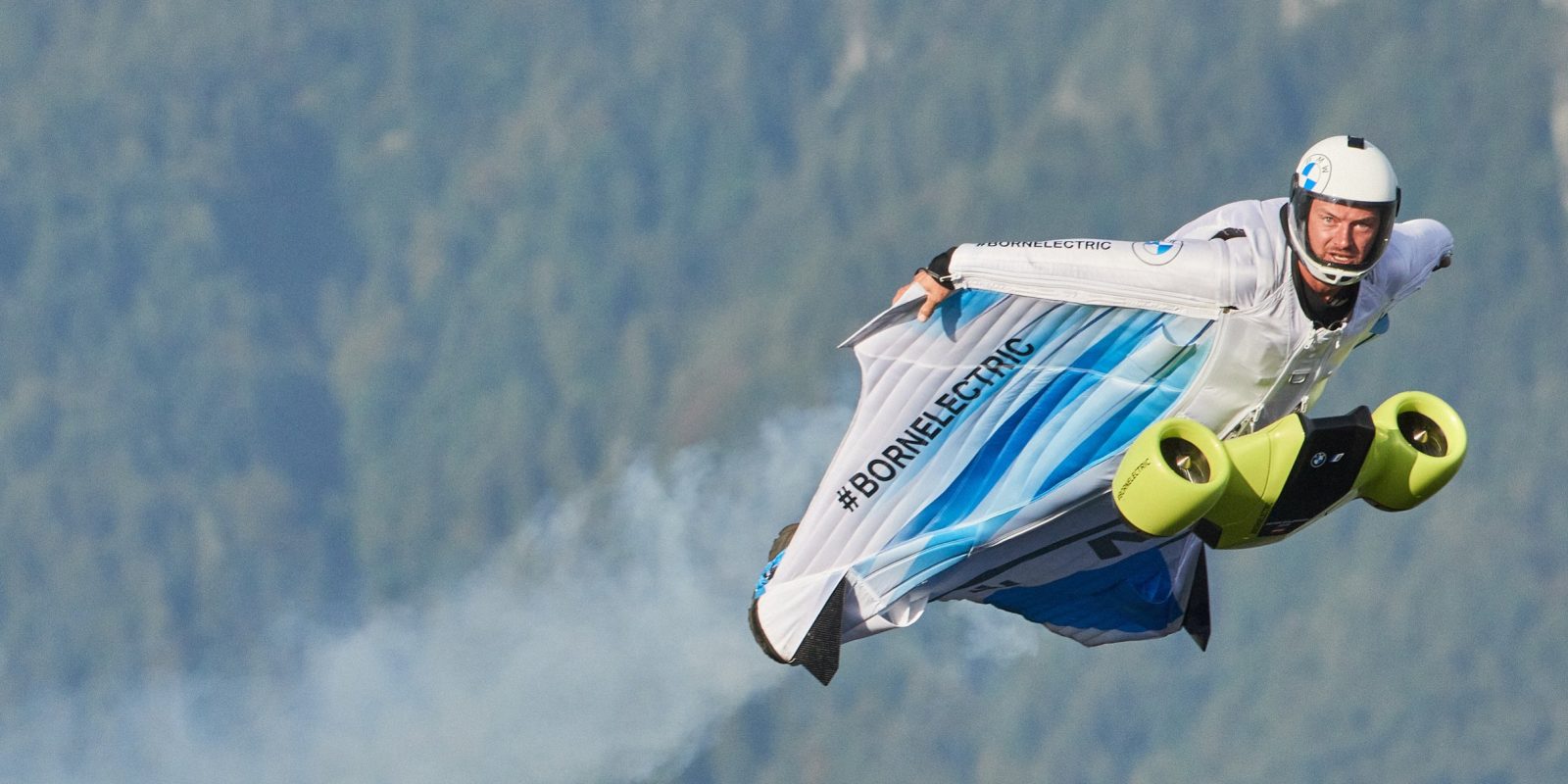 BMW i EV technology isn’t only working in two dimensions — now it’s taking to the skies in an electric wingsuit.

It’s not the most conventional electric flight, but that hasn’t stopped the concept from progressing to its maiden flight. The electric wingsuit project has been in the works for three years, since it began as just a concept in the mind of air sports pioneer Peter Salzmann.

With the collaboration of BMW i and Designworks, the group brought the electric wingsuit to life for Peter to test.

Peter is a professional skydiver and BASE jumper. During jumps he often used a conventional wingsuit to increase his glide ratio and cover more ground horizontally before opening the parachute.

With the right textile suit, impressive glide angles can be achieved.

But now with a bit of electric assist, Peter has managed to power his wingsuit and actually fly, drastically increasing his horizontal progress.

For the first test of the electric wingsuit, Peter was dropped by helicopter at 3,000 meters (9,800 feet) along with two other conventional wingsuit operators over the mountains in his native Austria.

The trio flew toward a peak, where the other wingsuit operators began to fly around the peak. But Peter was able to accelerate and clear the summit, meeting the others on the far side of the mountain where they opened their parachutes and landed together.

It sounds a bit crazy, but seeing is believing. Check it out below.

The electric wingsuit is powered by a chest-mounted rig. It has a total output of 15 kW, split among two 7.5 kW carbon impellers. They spin at a speed of 25,000 RPM and generate thrust for up to five minutes.

It’s probably not long enough to commute to work, but plenty for a wingsuit flight!

There’s no word yet on if you can pick a unit up for your next flight. But if they’re providing review units, I’ll definitely elbow my way to the front of the line!