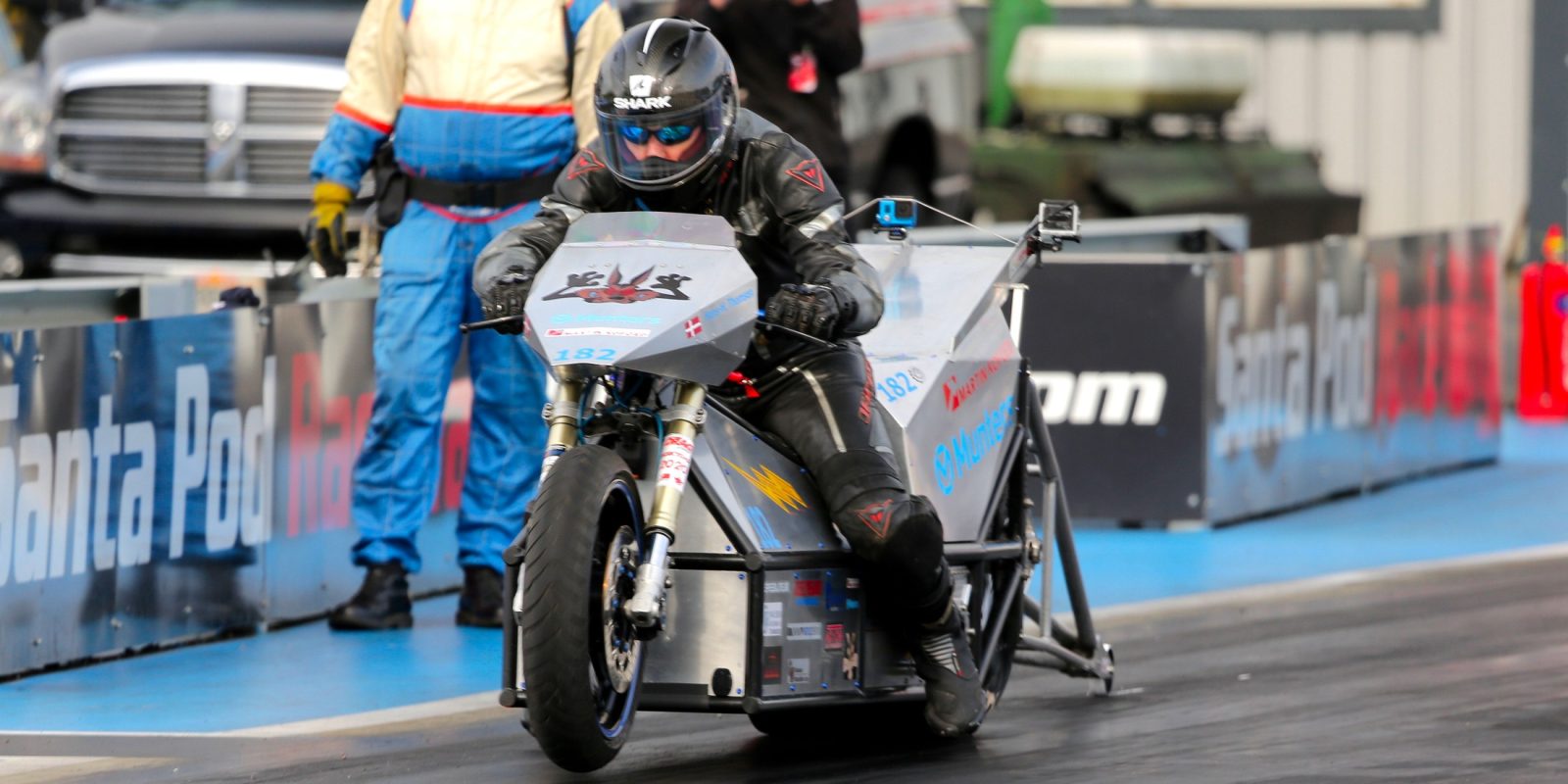 The Silver Lightning is a custom built electric drag racing motorcycle featuring up to 1,200 kW of power.

Last week it laid rubber down on the strip at the Santa Pod Raceway in Bedfordshire, England during the event dubbed “NOT the Euro Finals”.

There the team hoped to break the world record for fastest 1/4 mile run on an electric motorcycle, a run of just 6.94 seconds. That record had stood for an incredible 8 years after being set in 2012 by Larry McBride.

The True Cousins racing team had 9 runs to show what their Silver Lightning bike could do.

When competing at these extreme levels, there is much more to consider than just the mechanics of the bike itself. Everything from weather and track conditions to traction levels can have huge impacts on performance.

In front of a crowd of 5,000 spectators, a figure that was actually low due to COVID restrictions (I know, I know, sigh…), the team came up short on their first 6 runs. Their best time of the day had been 7.15 seconds. That’s still a blisteringly fast pace, but wasn’t nearly enough to challenge the record.

With two runs left, the team tried to push the bike just a bit further. The team dialed up the power even higher, but that only resulted in wheel slip.

On the last run of the day, the True Cousins racing team dialed the power back down a bit and decreased tire pressure to 9 PSI to increase traction. The tweaks were successful as the team ran their final sprint with an even faster time of 6.86 seconds. And that was despite the rider briefly looking grip on the throttle due to the vibrations and spending nearly one second at 20% reduced power.

You can see Hans-Henrik Thomsen’s record-breaking run below. But watch carefully — it’s over in barely six seconds.