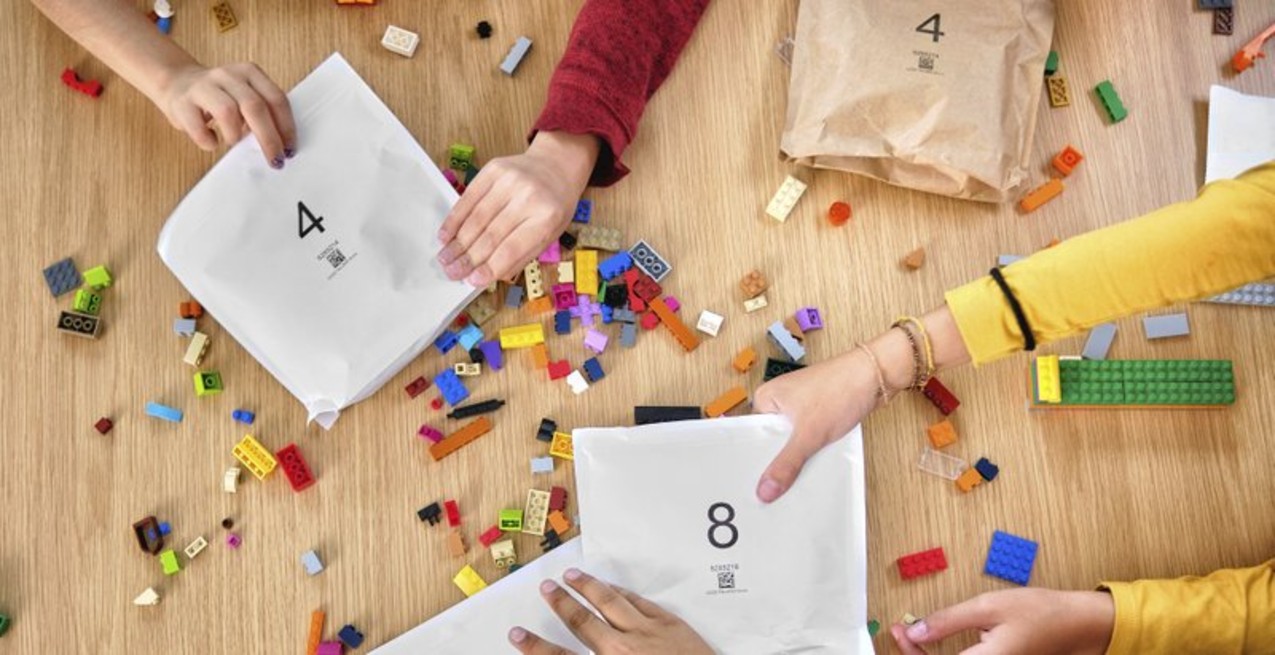 Why this decision? Because children asked LEGO to switch to paper in letters. LEGO CEO Niels B. Christiansen said:

We have been exploring alternatives for some time and the passion and ideas from children inspired us to begin to make the change.

And to state the obvious, LEGO bricks are still made of plastic, but it’s working on trying to create bio-bricks out of sugarcane. About 2% of its pieces, such as LEGO trees and bushes, are currently made of sugarcane.

LEGO’s target is to make all of its products from sustainable materials by 2030. It currently encourages people to donate their used Lego bricks for reuse or recycling. LEGO sources 100% green energy across the group.

EV silicon lithium-ion battery technology company Enevate has reached a milestone of more than 300 patents issued and in process. It has more than double the number of battery technology patent families compared to its competitor with the second-largest portfolio. Enevate now has patents in jurisdictions covering over 95% of EV sales globally.

Enevate, which was founded in 2005 at the University of California, licenses intellectual property and transfers technology to EV automotive and battery makers worldwide. It’s currently working with multiple auto and EV battery manufacturers to commercialize its technologies.

Earlier in 2020, the company announced its fourth-generation XFC-Energy technology that provides a path to produce extreme fast-charge EV batteries at low cost and high-volume production.

In November 2018, Electrek reported that the Renault-Nissan-Mitsubishi alliance invested in Enevate.

The 175-year-old magazine Scientific American has never before backed any US presidential candidate. But, in the editors’ own words, “This year we are compelled to do so. We do not do this lightly.”

The magazine has published an editorial in which it endorses Democratic candidate Joe Biden. You can read the full op-ed if you click the link, but here is an excerpt that explains why the magazine staff made the unprecedented decision to endorse a candidate for the very first time in nearly two centuries:

The evidence and the science show that Donald Trump has badly damaged the US and its people — because he rejects evidence and science.

Trump also keeps pushing to eliminate health rules from the Environmental Protection Agency, putting people at more risk for heart and lung disease caused by pollution. He has replaced scientists on agency advisory boards with industry representatives. In his ongoing denial of reality, Trump has hobbled US preparations for climate change, falsely claiming that it does not exist and pulling out of international agreements to mitigate it. The changing climate is already causing a rise in heat-related deaths and an increase in severe storms, wildfires, and extreme flooding.

On the environment and climate change, [Joe] Biden wants to spend $2 trillion on an emissions-free power sector by 2035, build energy-efficient structures and vehicles, push solar and wind power, establish research agencies to develop safe nuclear power and carbon capture technologies, and more. The investment will produce 2 million jobs for US workers, his campaign claims, and the climate plan will be partly paid by eliminating Trump’s corporate tax cuts. Historically disadvantaged communities in the US will receive 40% of these energy and infrastructure benefits.

It is not certain how many of these and his other ambitions Biden will be able to accomplish; much depends on laws to be written and passed by Congress. But he is acutely aware that we must heed the abundant research showing ways to recover from our present crises and successfully cope with future challenges.