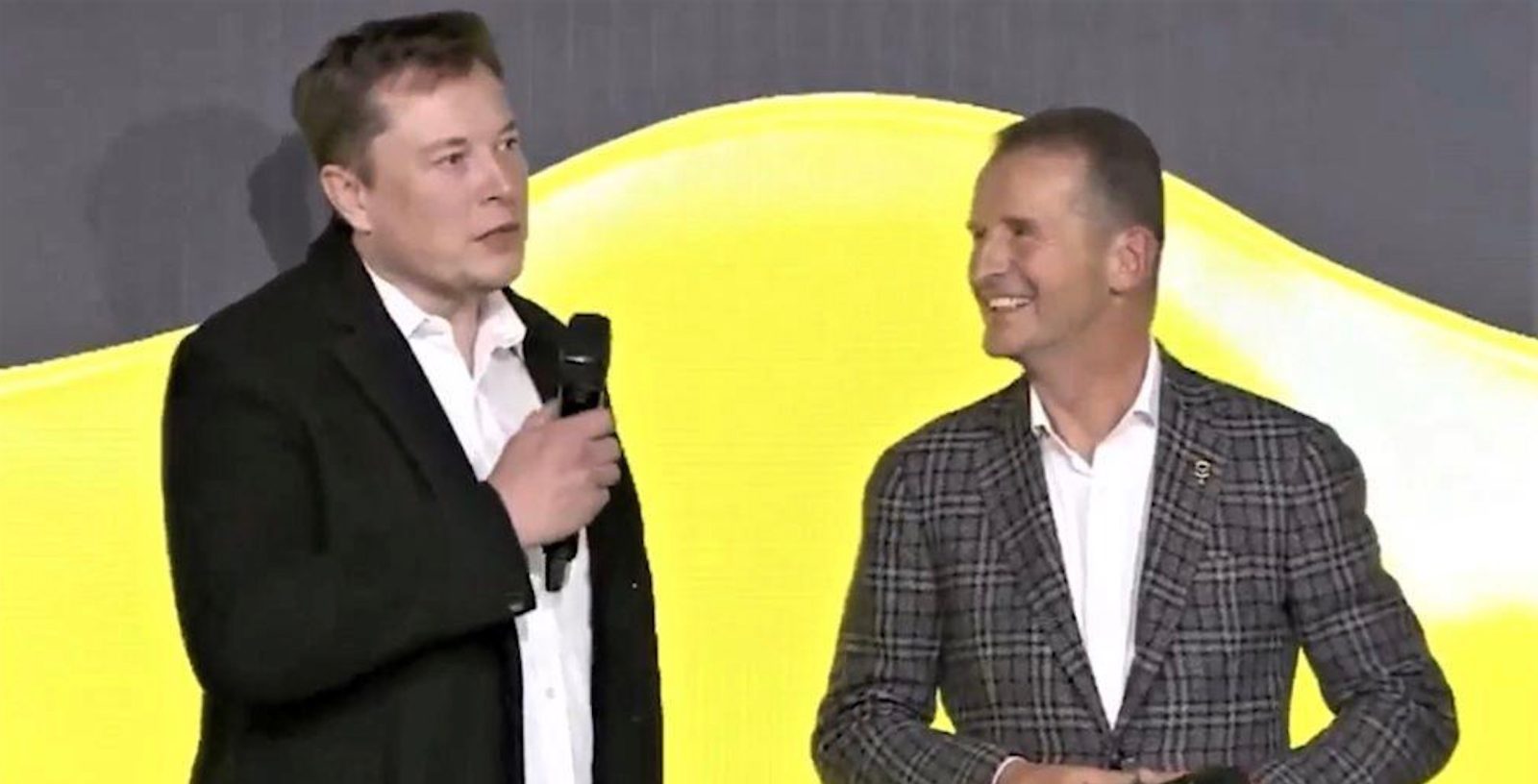 Tesla CEO Elon Musk had a special meeting with VW CEO Hebert Diess where he got a preview of the ID.3 and ID.4 electric cars.

As we have been reporting over the last few days, Musk has been in Germany to visit a few projects related to Tesla.

Musk visited several German officials and they assured him that Tesla will receive full support from the German government for Gigafactory Berlin.

The CEO also checked on Tesla’s project with CureVac to produce RNA printers to help distribute their COVID-19 vaccine currently in development.

We thought that the final leg of Musk’s trip in Germany was visiting Tesla Gigafactory Berlin yesterday.

Before the visit, he talked to media and fans at the site and made a few interesting comments about Tesla making a core structural design change to the Model Y built at the upcoming new factory.

But it actually wasn’t his last stop as Musk landed at Braunschweig Airport, a facility mostly used by Volkswagen, to meet with Hebert Diess.

“When Elon Musk’s private jet, the “Gulfstream G650”, took off from Berlin-Schönefeld Airport on Wednesday at 9:17 pm, everyone thought: The Tesla boss’s visit to Germany is over. But only 26 minutes later the plane landed at Braunschweig Airport. The reason for the stopover was a visit to VW boss Herbert Diess.”

A VW official confirmed the meeting between the two CEOs, but they didn’t elaborate on the nature of it.

Tesla’s CEO was also apparently given a preview of the ID.3 and the ID.4 electric vehicles at the airport.

Musk and Diess both had good things to say about each other in the past.

Just hours before the meeting, Musk told fans outside Gigafactory Berlin that he thought Volkswagen was doing a lot for electrification.

During his short-lived attempt to take Tesla private, Musk reportedly did consider Volkswagen has a partner.

As for Diess, he has often praised Tesla and Musk’s approach to electric vehicles and even recently predicted that Tesla could become the most valuable company in the world.

In the past, they have both confirmed that they have talked regularly on the phone.

I wouldn’t read too much into this.

I see the rumors already flying of a potential partnership between Tesla and Volkswagen, but it sounds like it could have just been a courtesy meeting.

At the moment, I don’t think Tesla has much bandwidth to be helping out Volkswagen with any projects.

If it was a few years ago and Tesla wasn’t worth $400 billion, I could have seen a possible partnership like Tesla previously had with Daimler and Toyota, but it seems unlikely at this point.