Daredevils on electric Onewheels flying down a mountainside? This is my kind of electric race! 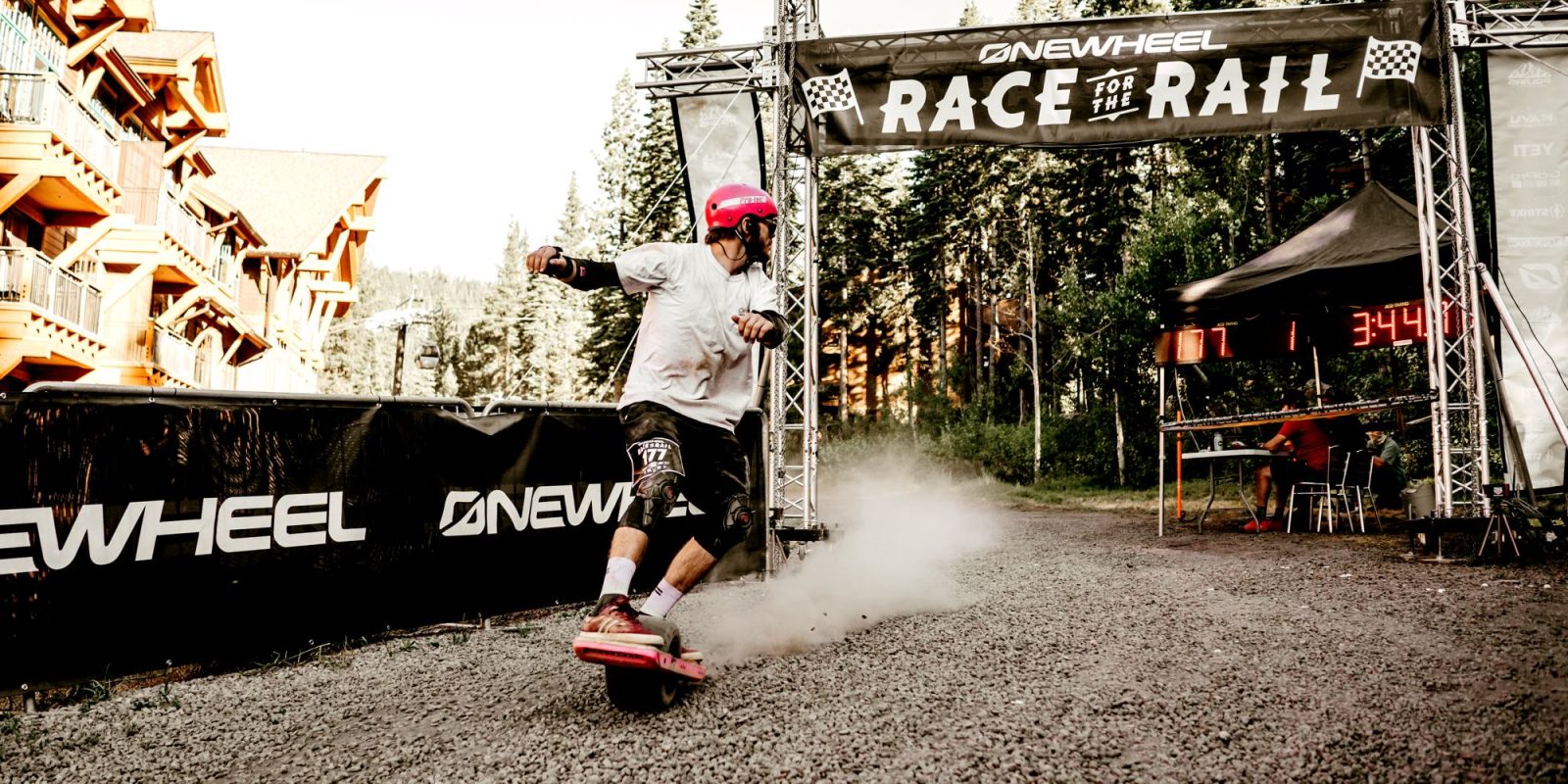 They say the first-ever motorcycle race occurred after someone built the second ever motorcycle. I’m not sure if the same was true about the self-balancing Onewheel electric mobility device, but a major off-road race known as the Race for the Rail is happening soon anyway, and it looks like it should be fascinating to watch!

The Onewheel is a rather striking-looking form of electric micromobility.

Built in the company’s own factory in California, the Onewheel has the same general ride stance of a skateboard, but the four small wheels are replaced by one massive wheel in the center of the board.

The wheel houses a powerful electric motor capable of propelling the board up to 30 km/h (19 mph).

That large diameter pneumatic wheel opens the door to off-road riding that electric skateboarders wouldn’t even dream about.

But of course it’s not enough to just ride fast up and down mountain trails – we want to know who is fastest!

So the 2020 running of the Race for the Rail will pit 12 of the best Onewheel riders against each other in a race for the blue ribbon.

The field includes nine of the top finishers from last year’s race as well as three wildcard entries chosen by voting via Onewheel’s social media platforms.

The race itself will be held at an undisclosed Utah ski resort and professionally filmed and live-streamed so socially-distant viewers can follow every second of the race from the comfort (and safety) of home. The live broadcast of the race will begin at 2 PM PST on Sunday, August 16th.

Last year’s race included a large festival, but this year the organizers are keeping the location secret to avoid crowds. The racers themselves won’t even know the location until shortly before the race and will sign confidentially agreements to prevent the location from leaking. As part of the event’s COVID-19 concerns, all participating racers and staff will need to demonstrate a negative COVID-19 test before being allowed entry into the event and all racers and staff will be required to wear masks throughout the duration of the event.

As Onewheel Chief Evangelist Jack Mudd explained in a statement provided to Electrek:

“It’s so exciting to watch the best riders in the sport come out and compete against each
other down ski slopes. Onewheeling has grown so much; it’s reflected in the amount of talented riders around the country and the stakes of the event.”

Speaking of those stakes, riders are racing for a purse of over US$10,000.

To see who makes it to the top of the podium, be sure to tune into Onewheel’s YouTube channel this Sunday at 2 PM PST.

With a new electric scooter racing league popping up, we’re starting to see more of the personal electric vehicles that we use for commuting and recreation getting the opportunity to race as well.

Are there more important things in the world right now? Of course.

But racing (whether cars, motorcycles, boats or anything else) also builds enthusiasm and innovation in their industries. And to be honest, I think we could all use a fun distraction right now.