A Chinese car dealer group is offering a group buy on Tesla Model 3 vehicles at a discount, but Tesla denied any involvement — including offering a lower price.

Some automakers or dealerships will offer group buy discounts for larger volumes, but Tesla is not one of them.

The California-based automaker prides itself on offering the same prices to everyone — although the automaker has deviated from this policy once or twice in the past. 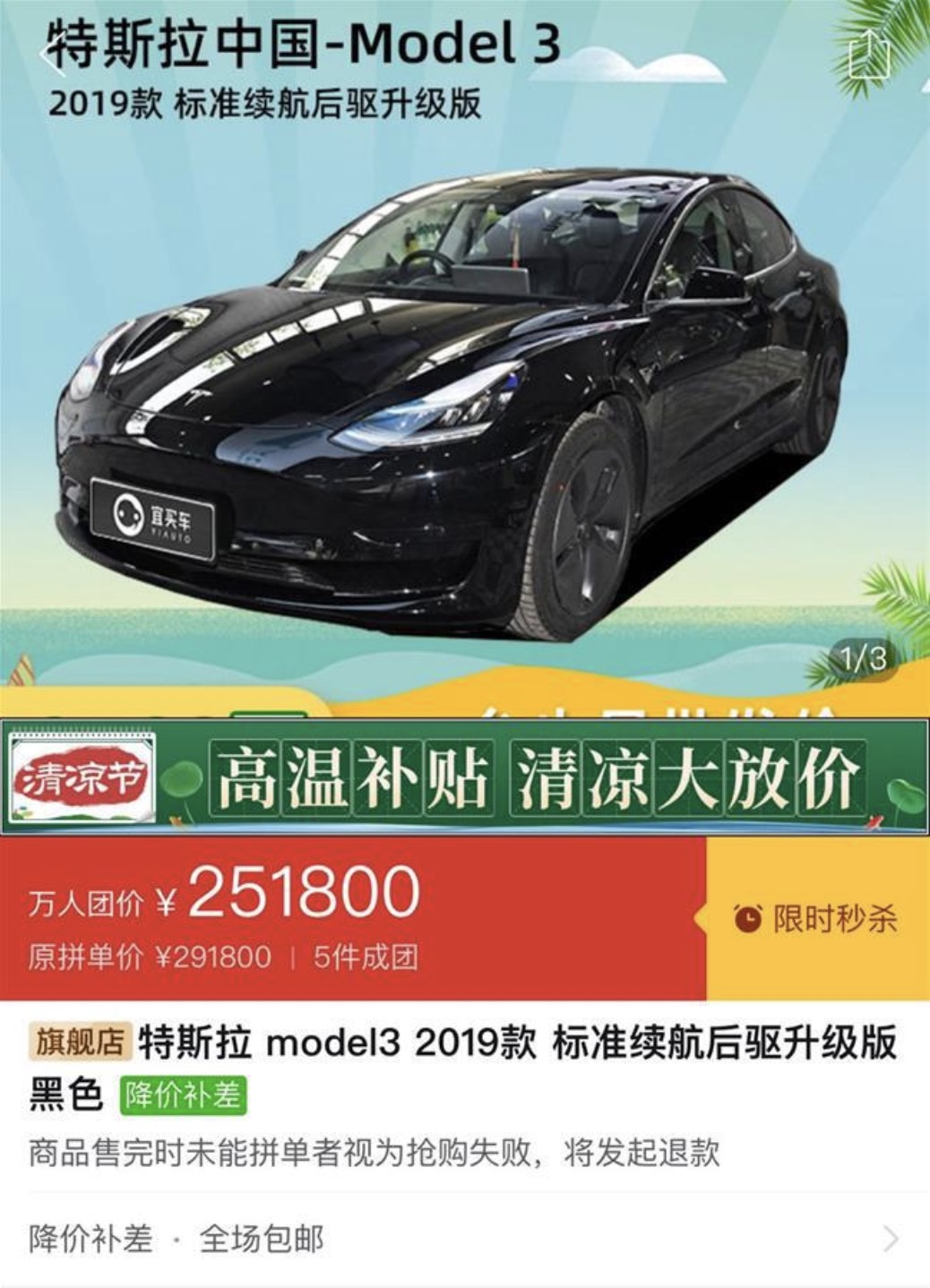 The Tesla shorts are already spreading theories that the automaker sold fleets of vehicles to resellers in China to improve its delivery results in the last quarter.

However, Tesla China has denied any involvement in this deal (via China’s Shine):

The group may be only testing interest in a group buy without checking with Tesla if it is even possible.

We previously reported on a Nissan Leaf group buy that failed after the Japanese automaker got involved.

This is a strange one.

As it is often the case, the shorts are wrong about this one. The most likely explanation is that this is being done completely independently from Tesla.

In Quebec, Tesla resellers were actually not uncommon until recently when Tesla changed its policy on that front. People would buy Tesla vehicles from resellers for a higher price than directly from Tesla because the resellers would offer better prices on the trade-ins — compensating for the higher price.

Since the deal would also include the trade-ins, it would also result in lower taxes.

This deal could offer similar benefits and the dealer could offer other services to compensate for the discount. Of course, I’m speculating, but I think there are many better explanations than Tesla trying to unload cars through a reseller to boost its Q2 numbers.