Tesla is currently undergoing major upgrades at Fremont factory and now we’ve learned that it is soon planning a shutdown as it is opening a new assembly line.

When Tesla was forced to shut down its Fremont factory due to COVID-19, Electrek reported that Tesla is going to use the factory shutdowns to do upgrades and improve production at the site.

The plans included a new tent-like structure for a new assembly line:

“Now we are told that Tesla plans to do something similar for Model Y and deploy some production capacity under a sprung structure to go in operation when they can reopen the plant.”

At the time, Tesla received a lot of criticism for the unusual approach, but the new general assembly capacity helped Tesla increase Model 3 production to 5,000 units per week and accelerate Tesla’s growth.

Since March, Tesla’s GA4 line has been focused on building Model Y vehicles instead of Model 3.

The new structures have now been completed around the first massive tent based on pictures obtained by Electrek:

Tesla is starting to move a lot of equipment under the new sprung structure.

Now Electrek has learned that some workers were told that factory shutdown is expected by the end of the month in order to perform upgrades.

Tesla will likely use the downtime to prepare the production start of a new general assembly line that Tesla has referred to as GA4.5 in building permit applications.

The upgrades will also aim to increase production capacity at GA4: 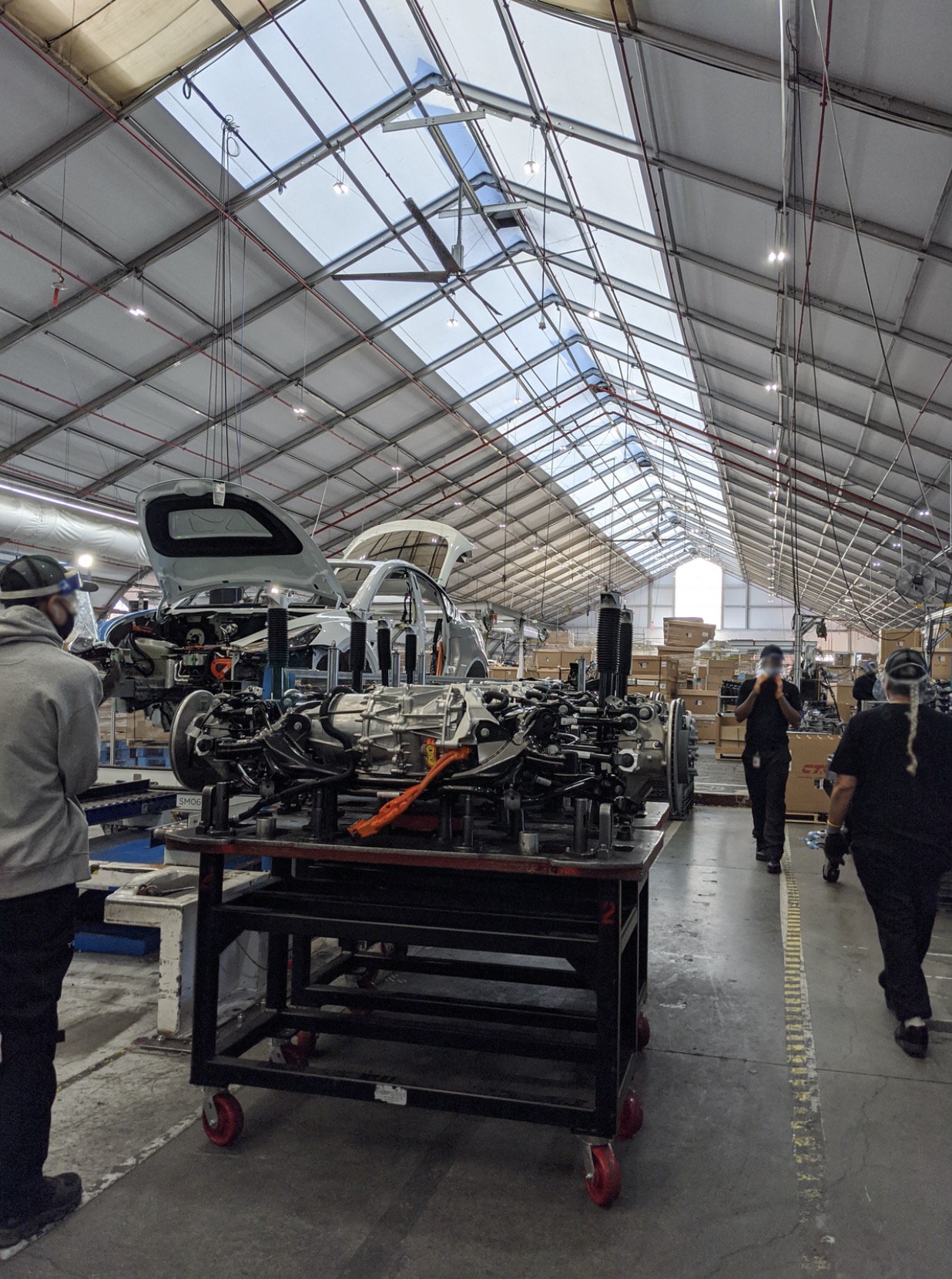 The GA4 production is known to feature less autonomation than Tesla’s other production line inside the main factory.

“Model Y, especially GA (stands for General Assembly), is the top priority for both production and manufacturing engineering. GA4 (stands for General Assembly Line 4) is also top priority for facility improvements. For those working in GA4, thank you for bearing with tough conditions. Will get better fast. I will be walking the line personally every week.”

Before the 4th of July weekend break, the production line was achieving 250 vehicles per shift.

Other improvements planned at Tesla Fremont factory include the installation of another mega press machine, according to a building permit application recently filed by Tesla.

It’s not clear exactly when the factory shutdown will happen, but apparently it’s going to be around the end of the month.

My understanding is that some of the upgrades are disruptive enough that it will require shutting down production at large parts of the plant.

It might just take a few days or a week, it’s not clear at this time.

I’d argue that it is too early to understand the impact on Tesla’s quarter. It will affect production, but the automaker also hopes that it will increase capacity after they reopen, but it will take some time to ramp back up.

We will update when we have more information.