Elon Musk has released a first look at what Gigafactory Berlin will look like when it is completed, and it is quite stunning.

In November 2019, Musk announced Tesla’s plan to build a Gigafactory in Berlin — the automaker’s first full vehicle factory in Europe.

Things have been moving slowly due to Tesla running into a few issues with locals and environmentalists due to cutting down the forest at the site, and then a global pandemic happened.

Recently, Tesla made some changes to its plans and started moving forward with construction at the site.

With the plans that Tesla submitted with the government, we have a good general idea of the layout of the factory at the site:

However, unlike Gigafactory Shanghai and Nevada, Tesla never revealed the final design of the new factory in Germany. 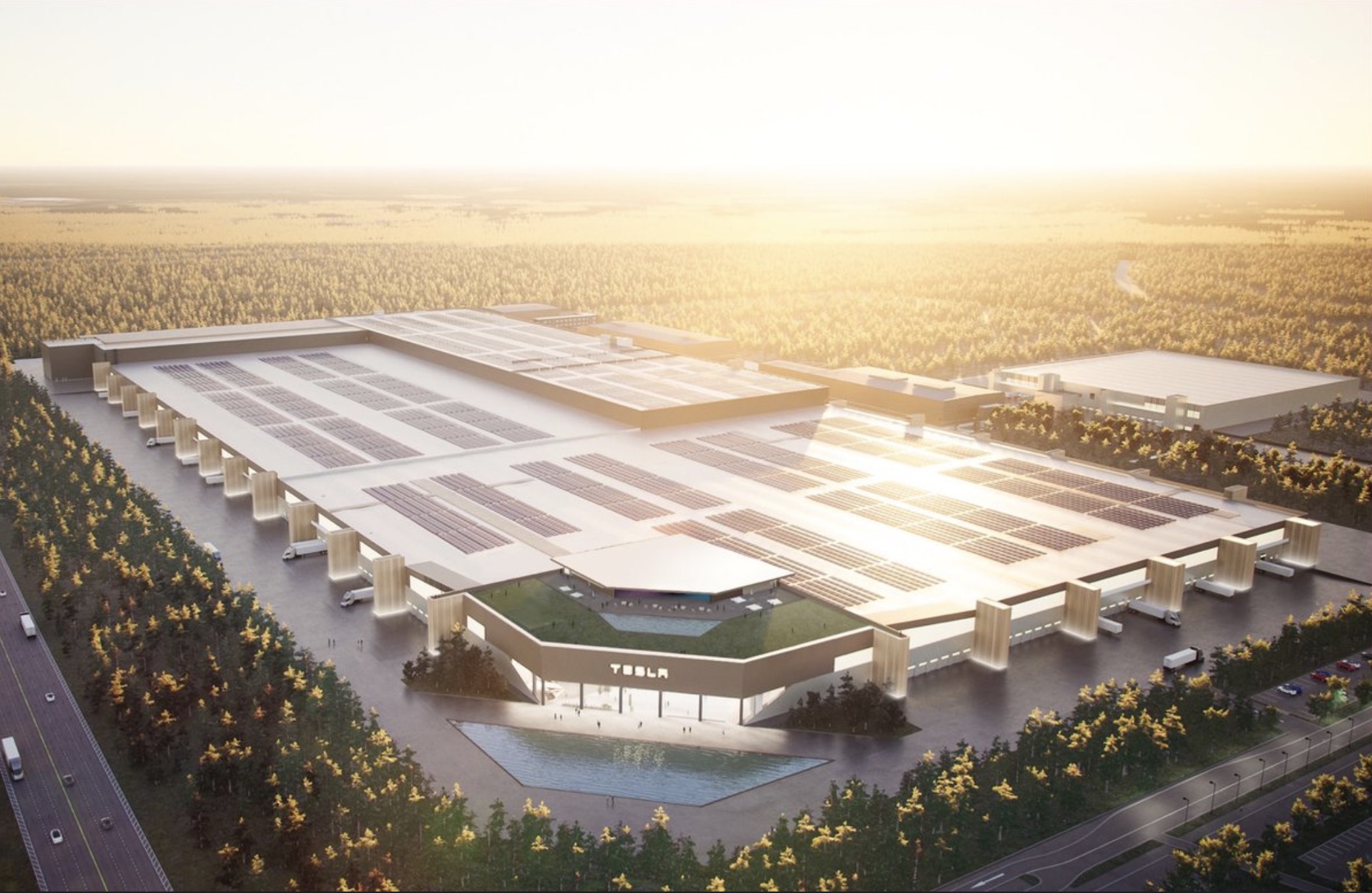 The render shows a new futuristic design that is somewhat different from Tesla’s previously released designs for Gigafactory Shanghai and Nevada, which were pretty similar to each other.

Of note, we can see that it features a lot of solar panels on the roof to power the plant.

There’s also what appears to be a pool or some kind of water feature on the roof.

Musk previously suggested that the factory could have an underground club for “mega raves”:

Tesla should have a mega rave cave under the Berlin Gigafatory

The start of production at the factory is also linked to the launch of the Model Y in Europe.

Love it. This looks really good.

Now make it happen, Tesla. I remember when Tesla released a super-cool render for Gigafactory Nevada, and six years later, it looks nothing like that.

I don’t want the same to happen with Gigafactory Berlin.

I am feeling hopeful since Gigafactory Shanghai looks already closer to the final form planned by Tesla than Gigafactory Nevada.