We’ve seen carbon fiber e-bikes before, as well as custom bikes. And even 3D-printed bikes. But Silicon Valley startup Superstrata is the first to put them all together with the company’s new unibody carbon fiber e-bikes. These are ultra-customized, 3D-printed at the exact size and geometry required for each rider.

The innovative Superstrata bikes are made possible thanks to novel 3D printing technology developed by Arevo.

After developing a way to 3D-print carbon fiber in a much stronger and more robust form than standard carbon fiber layup, the team began searching for a product that could demonstrate the technology’s advantages.

They learned how fragile carbon bicycle frames can be, and so the team enlisted award-winning bicycle-designer Bill Stephens to develop a bicycle that could be 3D-printed using Arevo’s technology.

As Superstrata CEO Sonny Vu explained in a call with Electrek:

My friends were always so careful with their expensive carbon bikes, afraid for it to tip over or get hit. And I’d ask, ‘I thought carbon frames are super strong?’ but they’d respond, ‘No, they’re super light. But they can be fragile.’ 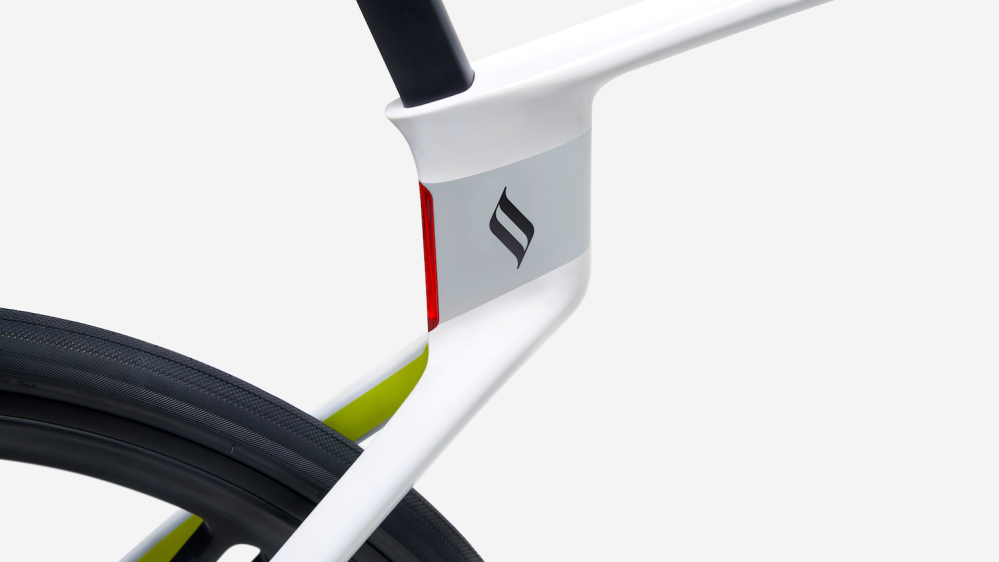 And that is one of Superstrata’s big advantages, that their frames can take a beating in pretty much any direction, unlike most carbon bike frames that can crack or break if loaded or stressed in the wrong way.

Though that’s not Superstrata’s only advantage. Unlike most frames that come in a few sizes, Superstrata’s bikes are custom 3D-printed to the precise size of the rider. Customers simply provide their body measurements as if they were having a suit tailored, and Superstrata’s algorithm calculates and then prints the bike’s geometry customized for the rider in a true unibody frame — no glue, joints or seams needed like in traditional carbon bike frames.

Even the preferred stiffness of the bike’s frame can be custom tailored to the rider’s desires. 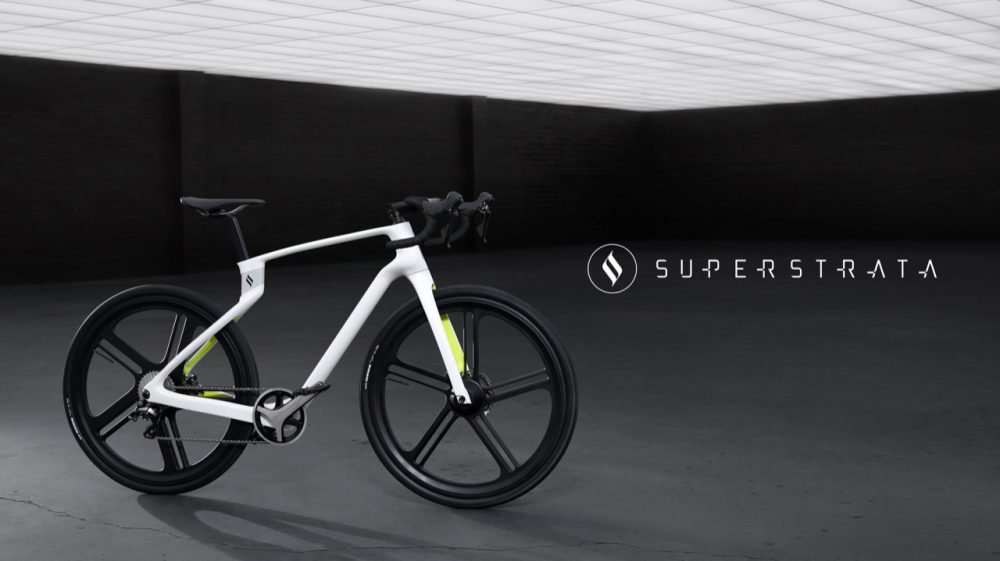 While the Superstrata Terra requires you to do all the work, the Superstrata Ion is an electric bike with a battery hidden in the downtube of the frame. Its 250W rear motor (350W peak) propels the bike up to a top speed of 25 km/h or 15.5 mph while employing a bottom-bracket torque sensor.

The bike is pedal assist-only, and thus the base model comes with a 36V battery rated for 125Wh of capacity, though the company has confirmed that a larger 250Wh battery is coming soon. Superstrata claims a maximum range of up to 35 miles (56 km) in the lowest pedal assist mode on the entry-level battery; however, e-bike ranges are notoriously wide and affected by many variables.

From my own experience, on one of my best rides I was able to go around 25 miles on 90Wh of battery with my 250W pedal assist bike, though that was with a good amount of huffing and puffing on my side. So suffice to say that this range is possible, as long as you’re prepared to put in the work.

One benefit of a small-ish battery and motor is that the bike’s weight remains extremely low at just 11 kg (24.2 lb). The carbon-fiber handlebars have a built-in display and remote for controlling the e-bike.

We’ve seem some other nice-looking carbon fiber e-bikes recently, though this is the first to feature a truly unibody design with a single continuous part comprising the entire frame. And the custom printed frame that is unique for each rider certainly sets Superstrata apart.

At this point, the bikes sound pretty fancy, and so you’re probably assuming they come with a pretty fancy price to match. But believe it or not, Superstrata’s bikes are actually quite reasonably priced, considering the material and level of customization. 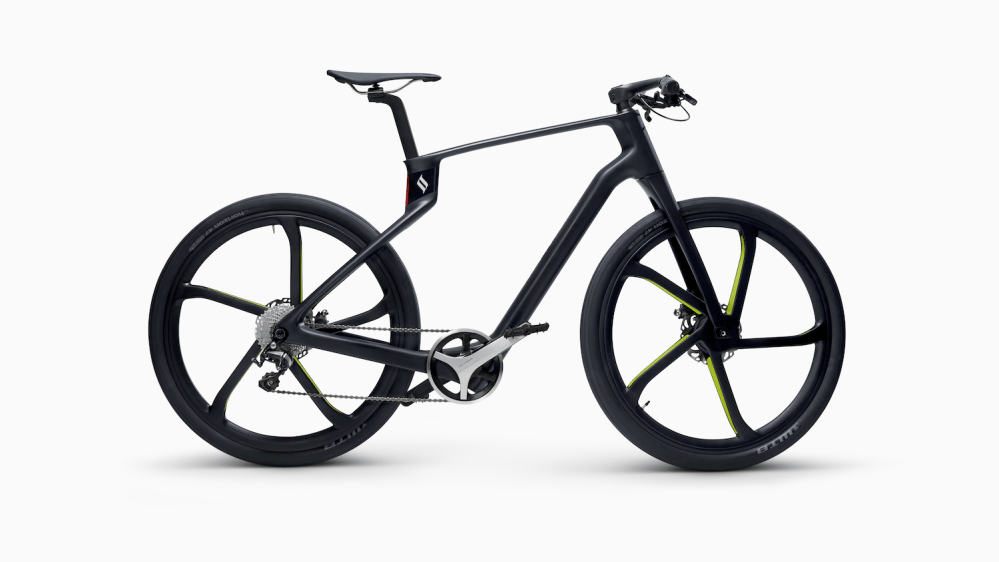 While that price seems rather low for a carbon fiber electric bike, Sonny explained that the reduced labor helps keep prices down. Most other carbon fiber frames require expensive, highly specialized labor. But Superstrata’s 3D-printers run largely by themselves with minimal human labor required for their operation. And while we can debate the ethics of robots replacing human workers, the impact on pricing is pretty darn clear.

Surely the Superstrata Ion certainly isn’t going to have the utility of a city bike or the oomph of a Rad Power Bike, but it could be more appealing to cyclists who prefer a simple electric assist over a full-fledged, powerful ride. The ability to have it custom-made to each rider’s size as well as the bike’s extremely low weight could also help win over riders.

What do you think? Will Superstrata’s new e-bikes be a success? Let us know in the comments below!