Tesla’s (TSLA) stock price is pushing to a new all-time high today as the second quarter is looking better than expected for the automaker.

The stock pulled back over the last few weeks as investors tried to figure out how bad the second quarter would be for Tesla as the rest of the auto industry is guiding some massive losses.

But now Tesla’s stock has surged back up over the last two days to a new all-time high price of $1,085 per share:

The new all-time high puts Tesla ahead of Toyota again as the most valuable automaker in the world with a market capitalization of $200 billion. 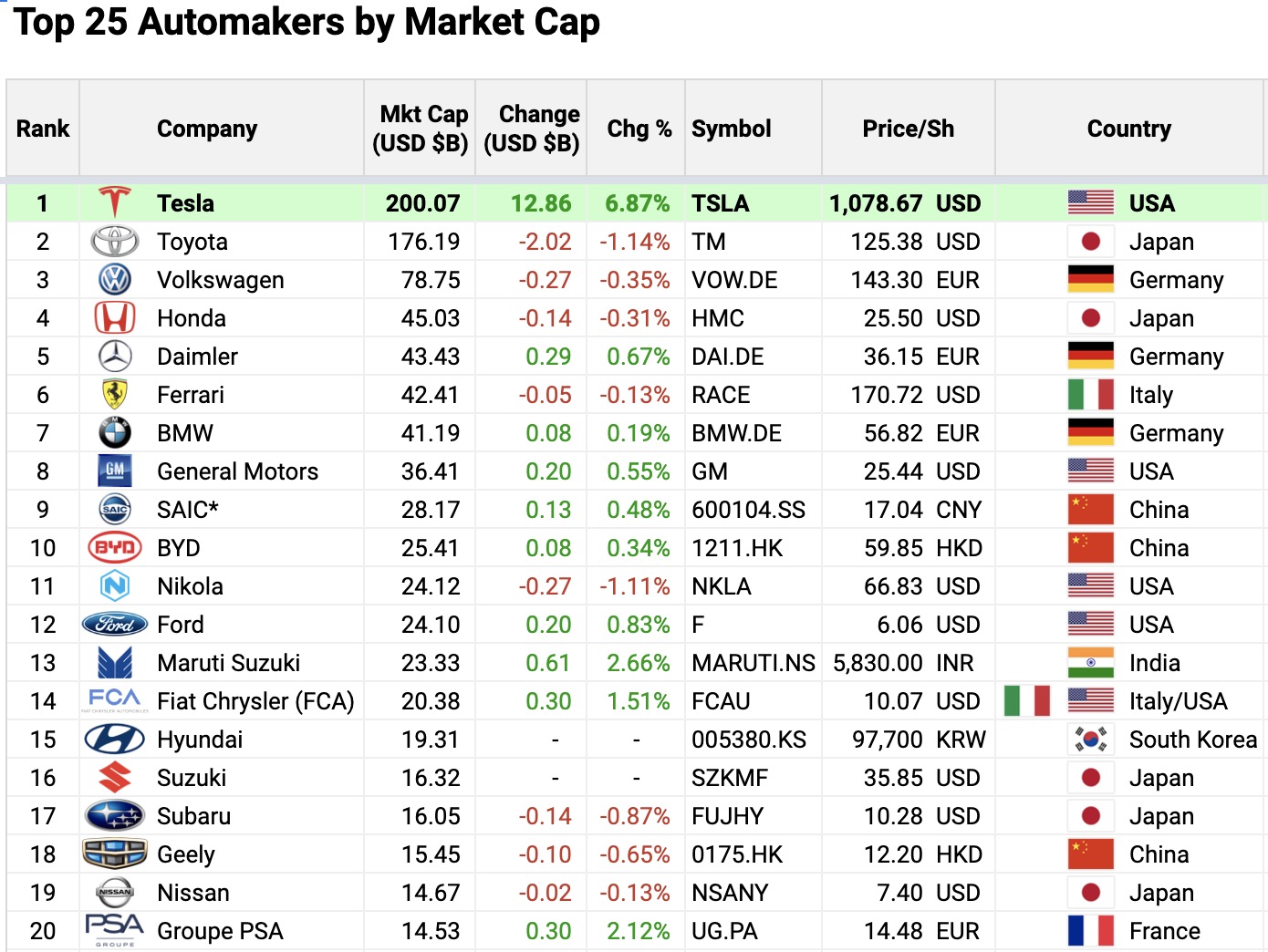 The surge comes after we reported yesterday that Tesla CEO Elon Musk believes that breaking even is possible in Q2 with only a few days left in the quarter.

Prior to Musk’s comment, investors and Wall Street were expecting a significant loss in Q2. Now analysts are updating their prediction, and shareholders are eyeing the possibility that Tesla could enter the S&P500.

In order to be included in the S&P500, Tesla needs to deliver a profit four quarters in a row, and if Musk’s break-even comment means that Tesla could deliver even just 1 cent of profit, it would technically comply with the requirements.

My view of Tesla’s Q2 results has definitely drastically changed with what I learned in the last two weeks, and it looks like the market is doing the same.

Deliveries could be higher than 90,000 vehicles, and now it looks like break-even or a small profit is possible.

I don’t know about the S&P inclusion, but honestly, it seems kind of dumb that Tesla is not included since it is technically the most valuable automaker in the world right now.

However, I wouldn’t put too much weight in that as an investor either.

How confident are you going into Tesla’s delivery numbers coming later this week and earnings result next month? Let us know in the comment section below.