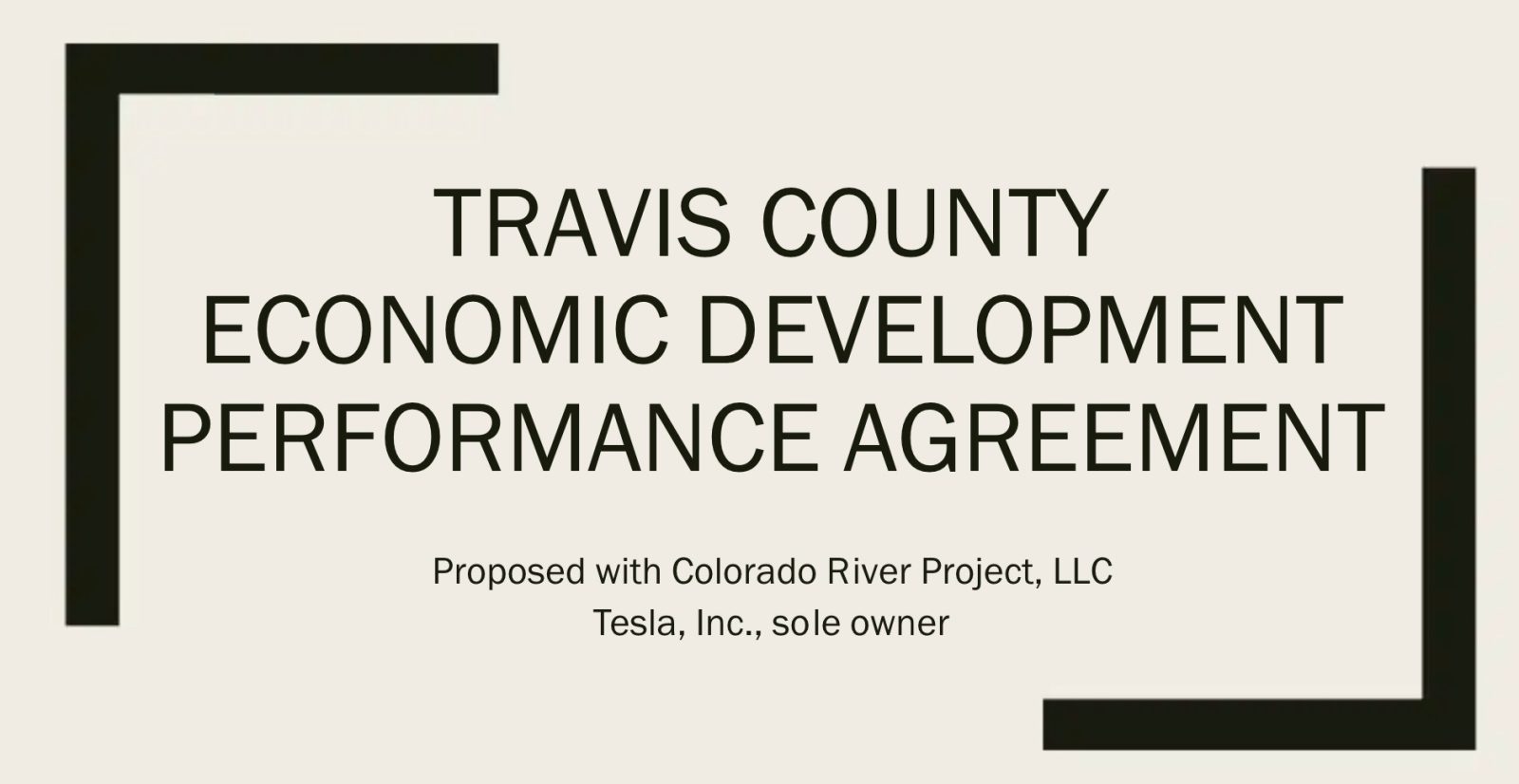 Tesla is presenting its Austin factory project to Travis County today to seek approval for an incentive package.

Here you can watch the presentation.

Last month, Electrek exclusively reported that Tesla’s next factory is going to be in Austin.

It plans to move fast with hopes to have a general assembly line for Model Y in Texas by the end of the year and it is already making preparations at a site near Austin.

Last week, we reported on Tesla acquiring a 2,100-acre piece of land just outside Austin to build the factory.

The automaker is presenting its plan for the Austin factory to Travis County commission in order to approve a tax rebate.

However, they are not voting today, but they might vote on the proposal next week.

My understanding is that the session is mostly a formality and Tesla is confident the deal is going through.

The deal is really similar to the deal Austin gave to Samsung’s chip factory in the county not too long ago.

Now it’s more about details like transport and housing for employees and how it is going to impact the region, which seems to be the biggest concerns for local leaders.

In the presentation so far, they didn’t seem to be concerned about the tax rebates, but they are still ironing out some details.

For example, Tesla is talking about buying more land in the region in order to build affordable housing for its workers at the Austin factory.