EGEB: This net zero house can be assembled like IKEA furniture 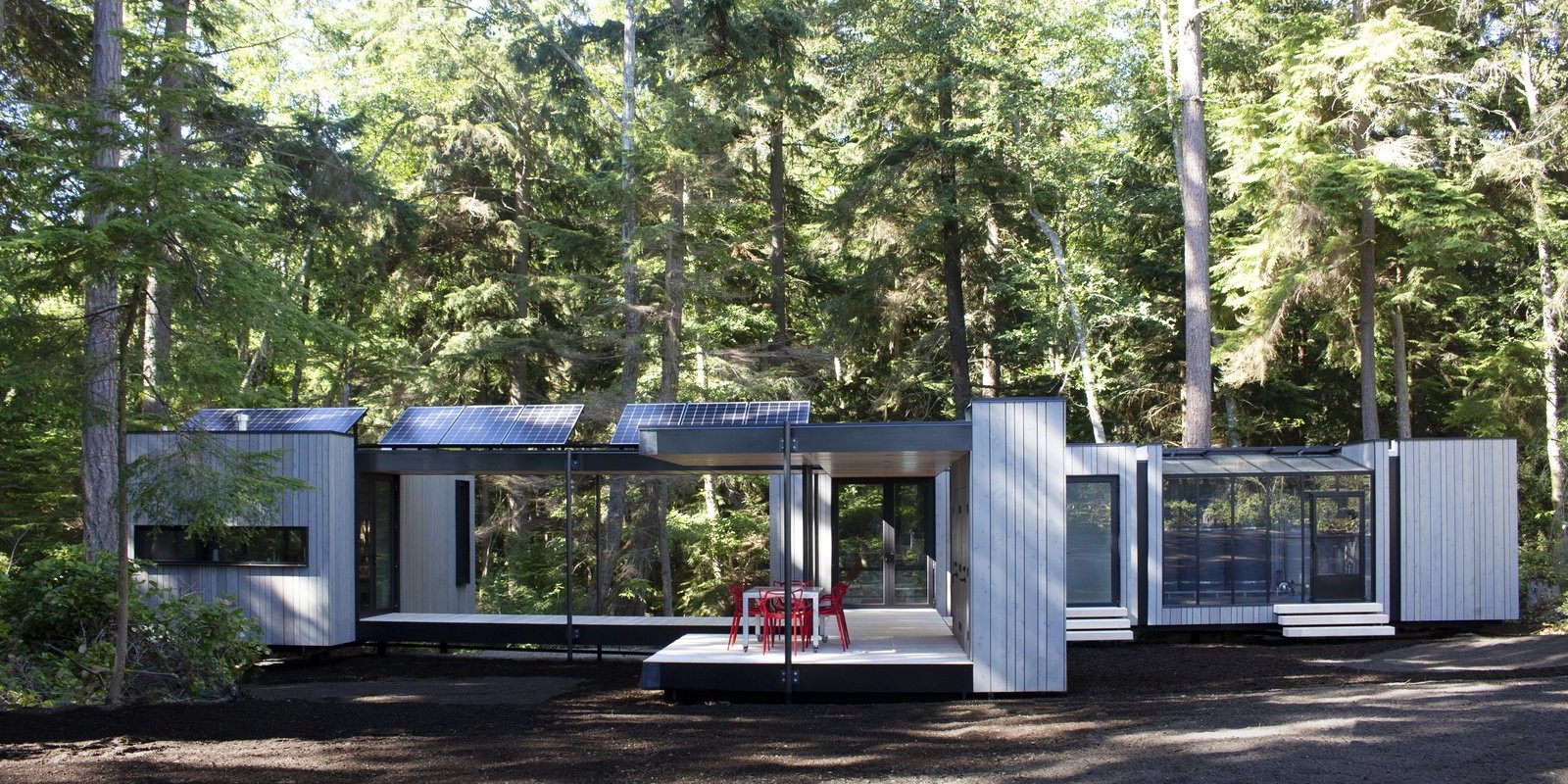 Forty percent of emissions come from buildings — but we have the technology to achieve net zero. One good example of a company leading the way in building eco-friendly dwellings is NODE, a Seattle-based company that makes flat-pack housing with mix-and-match modules and puts radical sustainability at the core of its values. NODE’s designs are sometimes referred to as the “IKEA of houses,” and their houses are designed to be built quickly — by four people in two weeks — and inexpensively.

And another neat thing about Node houses, besides being eco-friendly and user-friendly? They’re beautiful. Have a look at Freethink‘s video here about what NODE offers:

The New Jersey Board of Public Utilities has awarded 20.358 MW, or more than 26% of first-round capacity, to solar contractor Solar Landscape as part of the New Jersey Community Solar Pilot Program.

It’s a joint effort: All those solar panels will sit on 1 million square feet of roof space on buildings on four industrial sites in the Garden State. The sites are located in Perth Amboy (pictured above), Peterboro, and Woodridge, and are owned by Duke Realty, the largest domestic-only real estate investment trust in the US.

Solar Landscape says that 51% of the electricity the project generates will be sold to low- and moderate-income households. It will deliver more than 250 million kWh of green electricity over 20 years.

The industrial real estate market — with its massive, often unencumbered rooftop spaces — is critical to the success of the New Jersey Community Solar Energy Pilot Program. These large scale projects mean that energy can be generated remotely, and used by residents all across New Jersey.

We are excited to partner with Duke Realty to bring the benefits of this historic program directly to the community we call home.

Houston gets its first eco-incubator

Houston’s days of being known as an oil and gas town are numbered — it buys more green energy than any city in the US.

Greentown Labs of Somerville, Massachusetts, the US’ largest green energy incubator, yesterday announced that it will open up a second office in Houston. It will be Houston’s first climatetech and cleantech-focused startup incubator.

We believe the engineering strength, talent, and assets of the energy industry in Houston can and must be redeployed toward a decarbonized future. Climate change cannot be solved from the coasts  — we need all hands on deck at this time. Houston has the opportunity to be the energy transition capital of the world and we believe bringing Greentown Labs to Houston will accelerate the shift in this direction.

It’s scheduled to open in spring 2021 and will be a major driver in helping to achieve its recently announced Climate Action Plan. Both Houston and Boston are members of C40, a network of the world’s megacities committed to addressing climate change, with a goal of achieving net zero by 2050, as per the Paris Agreement.