VW is launching today its ID home charging station and will be offering installation ahead of ID.3 deliveries set for later this year, but in their announcement, they also said that they will soon have a “complete charging network around the ID.3.”

It was developed “with the ID.3 and the ID. family in mind”, but it is equipped with a Type 2 connector, which is standard on electric cars in Europe.

The ID. Charger is available in 3 different configurations starting at €399, which is the equivalent of $450 USD.

All options have a power output of up to 11 kW, but they offer different connected features: 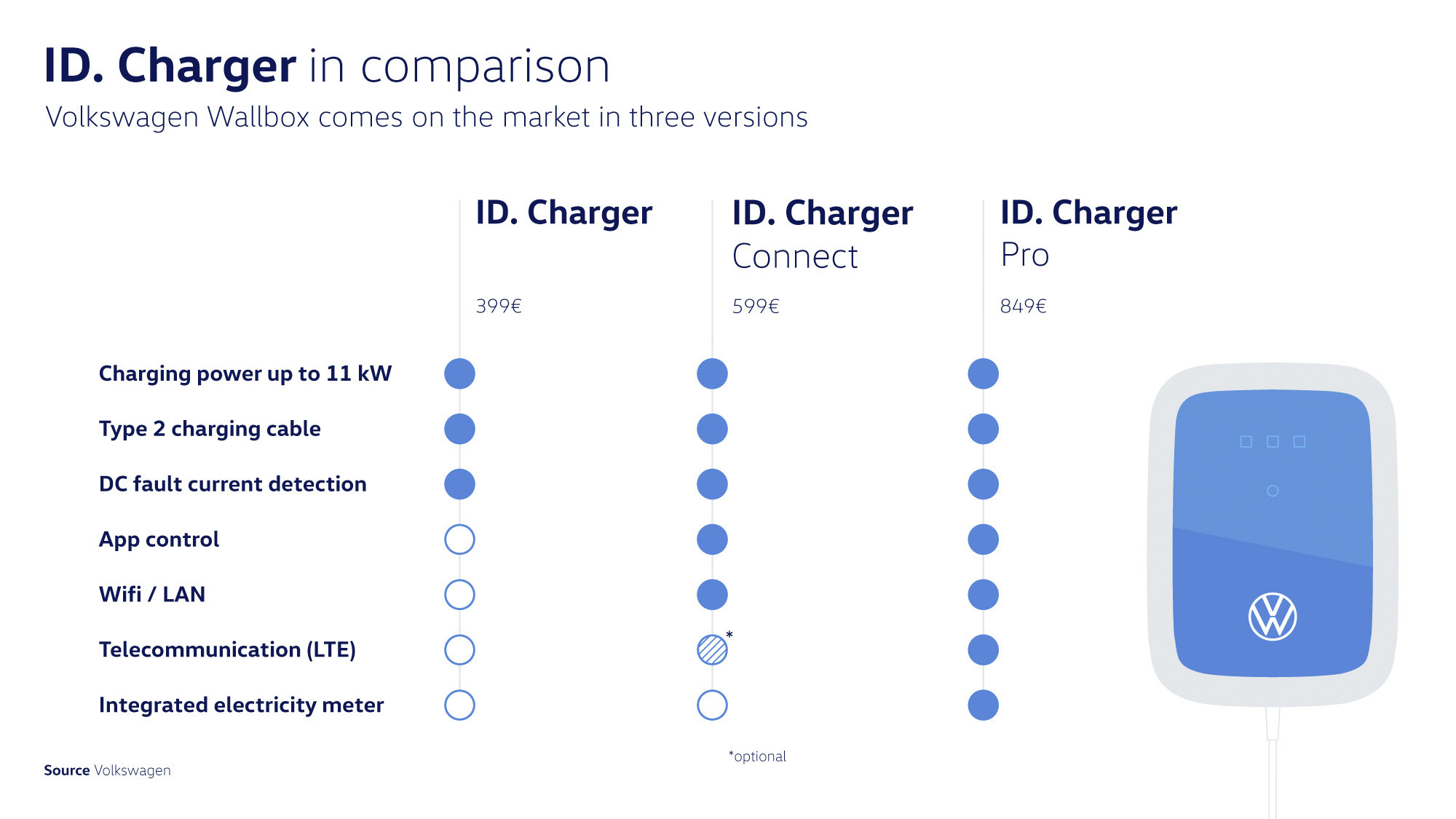 They are starting by making it available to eight European countries with installations for the base version starting now.

Speaking of installation, Volkswagen wants to simplify the process.

Peter Diekmann, Key Account Manager at the Volkswagen subsidiary Elli which is responsible for the ID. Charger, commented:

“In the past, buying a wallbox was often a tiresome and long-winded exercise for customers. We want to change that and are offering a single-source solution for the ID. Charger – from purchase and installation through to commissioning.”

Here are a few pictures of the ID. Charger:

Interestingly, in the announcement, Thomas Ulbrich, Member of the Board of Management of the Volkswagen Brand responsible for E-mobility, also announced that the ID. Charger is the first part of a “complete charging network around the ID.3”:

“Volkswagen is also setting new standards for charging in the volume segment. We will be building a complete charging network around the ID.3 over the coming months. The ID. Charger gets things rolling, further charging services will follow. In future, charging an electric car is to be as clear and simple as charging a smartphone.”

He didn’t elaborate on what that means exactly.

Volkswagen has previously announced that ID.3 electric cars owners will have access to the IONITY charging network in Europe and VW is also working on its We Charge program to install charging stations in Europe.