Tesla added new Model Y orders to its referral program — a surprising move so early in deliveries — and it could be indicating weak demand.

Last year, Tesla ended its original referral program, citing concerns with the cost after having to give away over 80 new Roadsters.

A few months later, the automaker decided to relaunch the program with a completely different structure based on giving free Supercharging miles and chances to win a Model Y and a new Roadster.

Only new Model S, Model X, and Model 3 vehicles were eligible for the referral program, but now the automaker has added new Model Y orders: 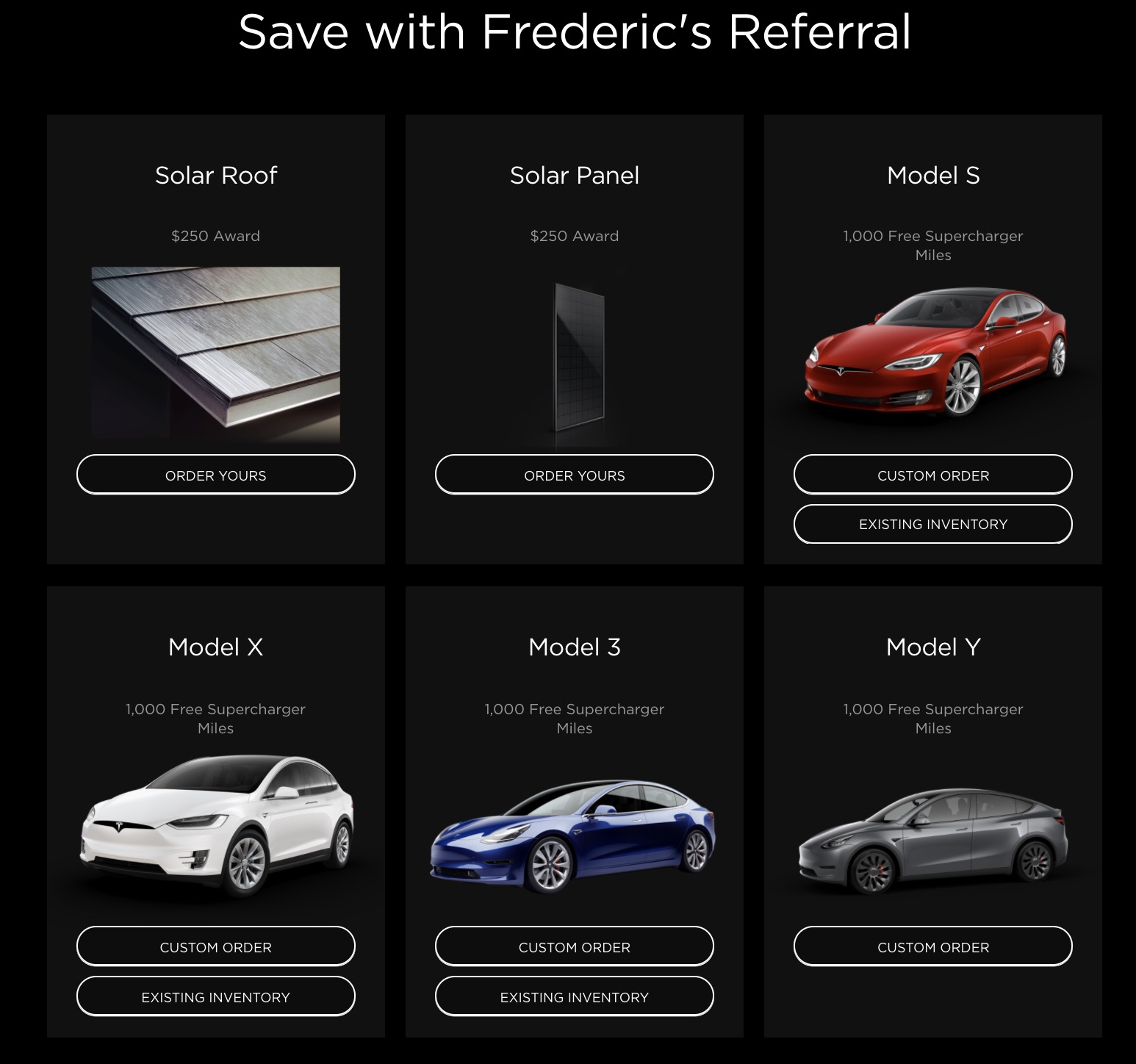 Tesla has also added its solar roof tiles to the program. Previously, only its solar panel installations were eligible.

It’s early for Tesla to add Model Y. The automaker made it clear that it uses the program to create demand and wouldn’t use it on vehicles that already have a backlog of orders and therefore don’t need more demand.

It took over a year of deliveries before Tesla added Model 3 to the program, and it only started with Model 3 Performance, the most expensive version of the car.

For Model Y, it only took a few months of deliveries for Tesla to add the vehicle to the program.

It could be an indication that Tesla is really having issues with demand amid the pandemic.

We reported last week that Tesla accelerated Model Y delivery timelines — also indicating that it doesn’t have a significant backlog in the US anymore.

At least, it’s good news for new buyers who can now get 1,000 miles of free Supercharging with their new Model Y orders.

You have to place an order with a referral code, but if you already have an order with Tesla, you can email support, and they can generally add a code to your order so that you can get free miles even though your order didn’t originate from a referral. (Update: some people are being shut down by Tesla trying to do this so it’s a hit or miss.)